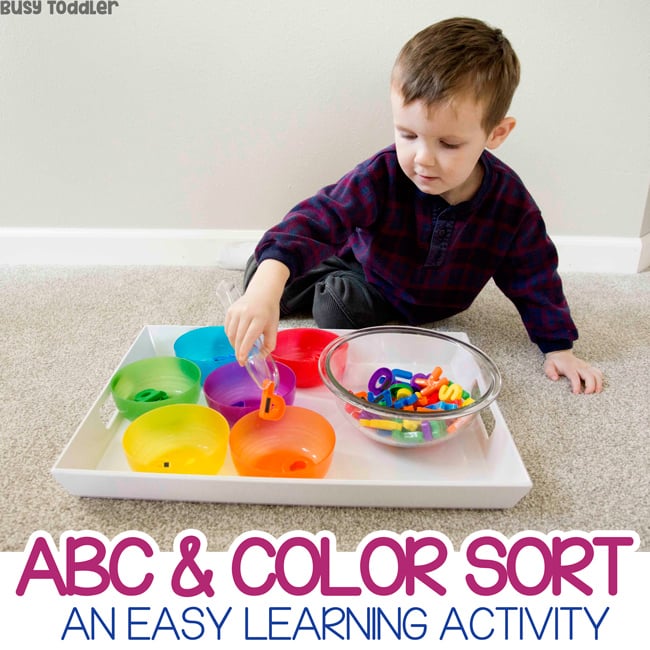 Grab your magnets: It’s time for an ABC Color Sort.

Yes, this activity uses alphabet magnets. Yes, it’s exposing my toddler to letters. But did you know my 3-year-old doesn’t even know most of his alphabet? That’s why this ABC color sort is so fantastic.

RELATED: I’m not worried about my toddler and the ABCs and neither should you! Read more here. 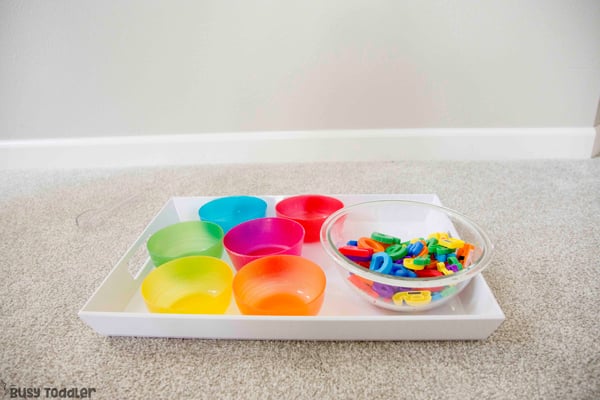 Why is my young son working with letters?

My toddler does NOT know his letters. Sure he can sing the song but he doesn’t actually know which symbol goes with which letter name.

Instead of freaking out.

Instead of worrying obsessively.

Instead of panicking, I’m just fine with his approach to learning the ABCs – slow and steady.

So why is he doing an ABC activity? 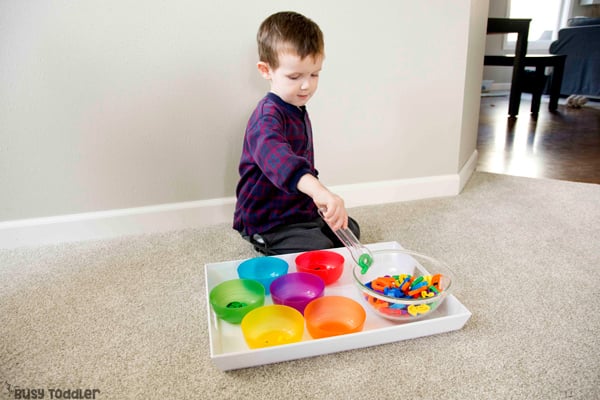 My toddler does know his colors.

And he knows how to sort.

So I used his alphabet magnets as a way to let him ABC Color Sort. 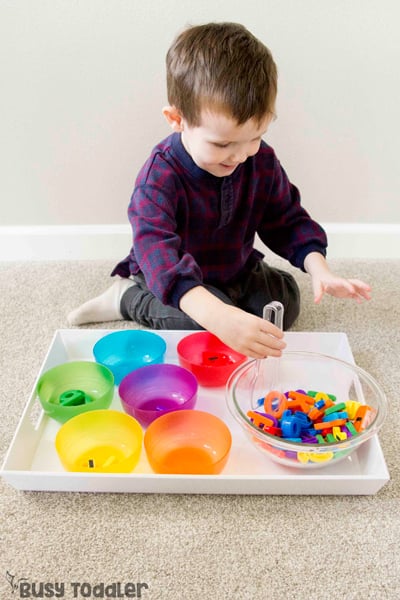 Here’s the point of this activity:

The goal of this activity is for my toddler to sort by color. I want him to put all the colored letters in the right space.

By doing this, he’s working with letters and being exposed to them. 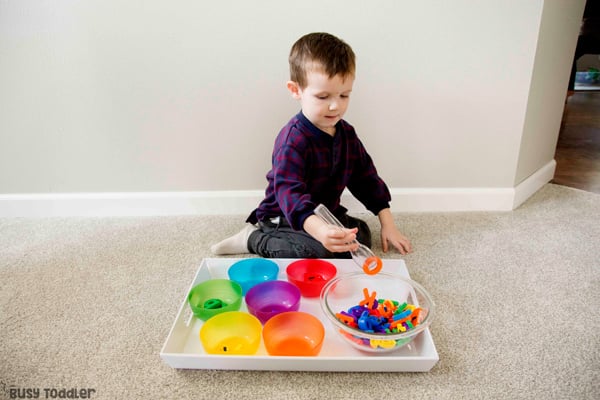 Every now and then as he worked on color sorting, he’d ask a question or for confirmation on a letter he’d picked up. GREAT! He’s learning letters in context.

There’s no flashcards. There’s no sit and work. He’s learning on his own and memorizing at his own pace.

ABC Color Sort had such a simple set up!

The goal was simple: sort the letters by color into the correctly colored bowl.

The result was anything but simple. 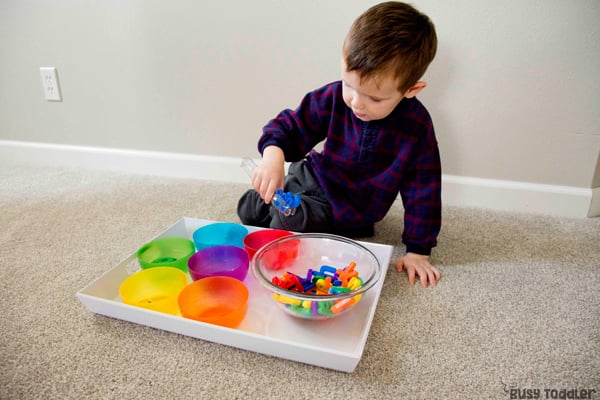 My son learned so much from this!

Just giving him the chance to play with letters increases his knowledge. It helps build a comfort zone and makes the ABCs something fun, instead of something daunting.

By pairing the alphabet with something he’s already mastered (colors), it made this ABC Color Sort into something truly fantastic. 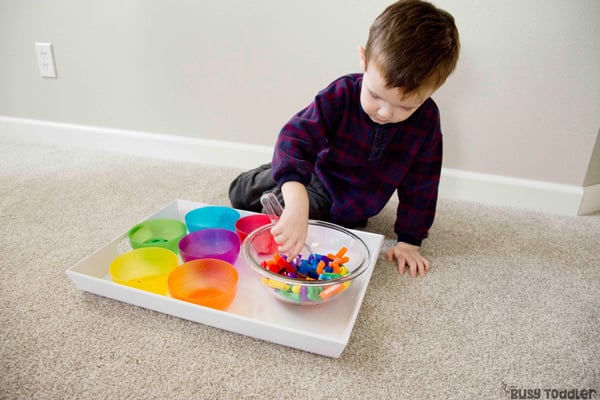 And kids don’t need to be using flashcards to learn letters.

The real hero is the sorting

Sorting is my favorite skill for toddlers to work on.

It might look basic but it is anything but. When a child is sorting, they are classifying data, looking for similarities and differences, discussing attributes, and answer questions about objects. 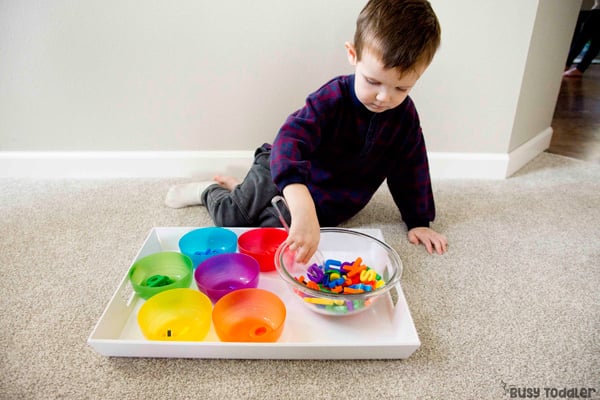 It’s an incredibly complicated skill and you can read more here.

If you have a toddler who knows their colors, try doing an ABC Color Sort with letters to up their exposure.

It’s a simple activity that does a whole lot of good.

When will you make this sorting activity? 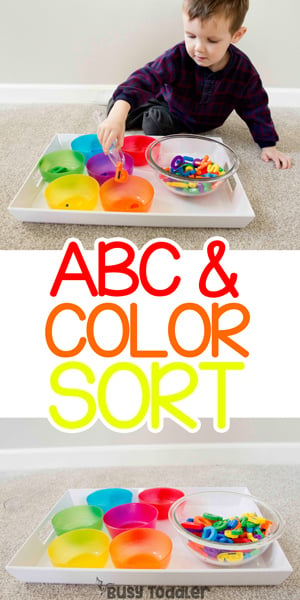