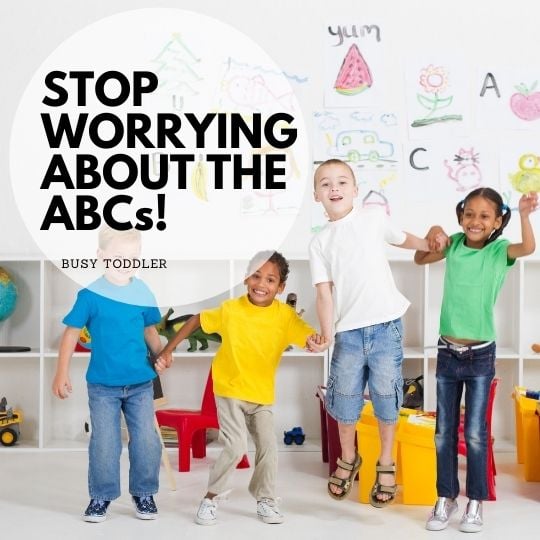 “My 3-year-old doesn’t know her ABCs and isn’t really interested. I’m so worried. We are struggling!”

That’s a big concern that I hear from toddler and preschool parents on a daily basis. The push to get kids learning their ABCs earlier and earlier is more prevalent than ever… but it shouldn’t be.

Here’s my answer for parents struggling to teach young children their letters.

Immediately stop worrying about your toddler or preschooler and their ABCs. Put the brakes on all this worry. I beg of you.

Before you X out of my website because I sound like a crazy lady saying EXACTLY the opposite of everything you’re hearing from friends and seeing on Facebook… hear me out for a few more lines.

First: let’s take the bloom off the ABCs rose

Learning the ABCs is just not that big of a deal and it’s nothing special.

It really isn’t and I’m going to prove this. When all is said and done, learning the ABCs is just memorizing.

It’s no different than memorizing colors, or shapes, or construction vehicles, or animal names, but for some reason we have put this ONE MEMORIZED SKILL on a pedestal and we use it as THE measurement to judge early childhood learning against.

Parents have been fed the idea that remembering a particular set of symbols is a massive developmental milestone in early childhood when frankly, it’s not. 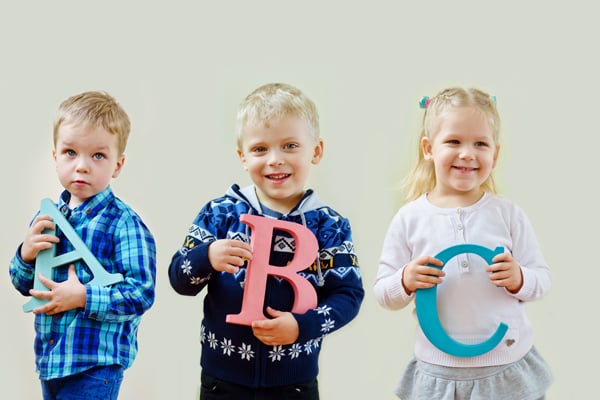 There are a lot more important skills than learning the ABCs.

Unless there are other underlying conditions or learning disabilities present, it just doesn’t matter how early or “late” kids learn the ABCs.

Early childhood is for learning important skills –social skills, life skills – not just memorizing some symbols. Eventually they will memorize these symbols, and it’ll be a really exciting day.

What we need to put the brakes on is worrying ourselves sick because a young toddler or preschooler doesn’t seem interested. And then the subsequent pressure being put on these kids to master a skill that’s really not that important (yet).

Again, all it is memorizing symbols. To be honest, it’s really kind of a boring skill. We parents have literally picked the most boring skill to hang our learning hats on.

WE NEED TO CHANGE THAT. 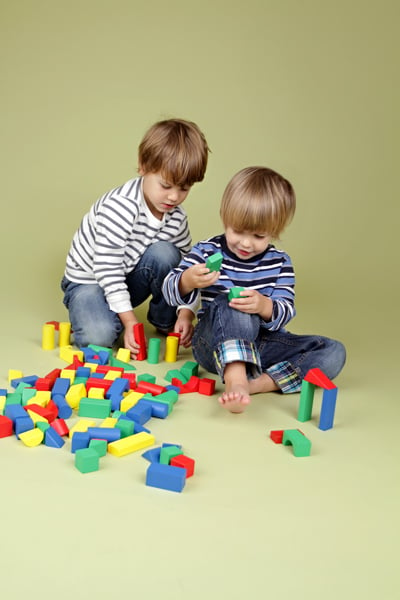 Kids learn the ABCs on a broad spectrum from age 2 to 6 years old (kindergarten aged). Think of how big that range is!

This isn’t a small developmental window like “rolling over” or “sitting up”, which most kids meet in a matter of weeks or months from one to the next – this is a giant canyon of time. Your child is going to fall somewhere in that range and it doesn’t matter where.

Kids develop at different rates – you know that!

Learning letters is simply a skill that our kids will learn as they are developmentally ready.

It would be crazy to try and force a six-month-old to walk or an 18-month-old to ride a two-wheeled pedal bike. We wouldn’t do that! We know better.

We know that developmentally a six-month-old isn’t ready to walk, and an 18-month-old has a lot of other motor skills and maturity to build before they’re ready to pedal a two-wheeled bike. We respect the child’s growth and development. 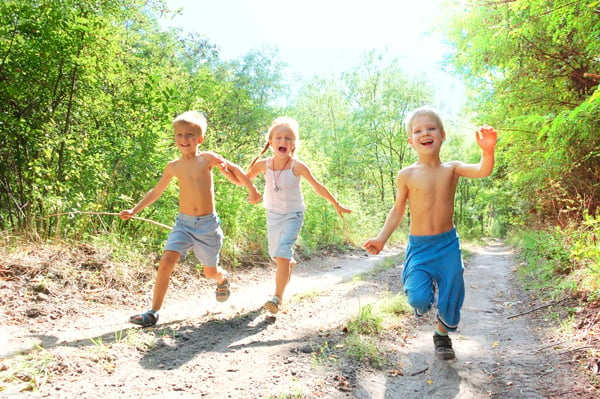 Somehow, we more naturally value motor skill development. We understand it intrinsically and deeply. We can “see” these skills unfolding and growing.

We need to remember that intellectual and academic skills are SKILLS too, just like motor skills. And we need to start valuing them and honoring them in the same way.

It has been well documented and studied that children have followed the same basic path of milestones and development over the last 100 years, but only in recent years have we begun to change our expectations and attempted to hurry children’s academic growth.

“Teaching academic tasks to children at earlier ages will not result in greater learning for the vast majority of children, due to the developmental trajectory of child development and individual differences among children.” (Guddemi, et al, 2014)

Let them develop on their schedule… not someone else’s

**remember that I’m speaking for toddlers and preschoolers: please talk to your child’s kindergarten or first grade teacher if you have concerns for ages 5-7**

We know that a child who walked at 10 months is no better at walking than the child who started at 15 months.

The same can be said of learning the ABCs. 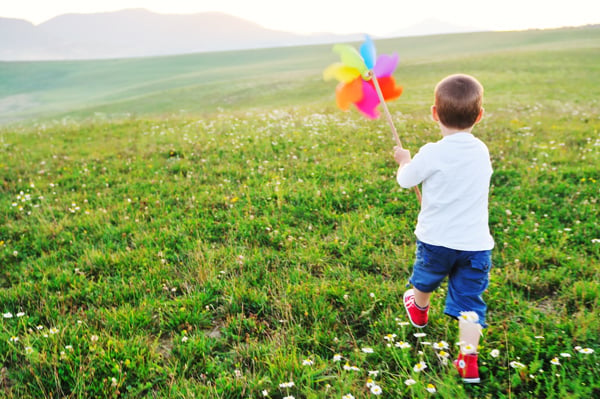 It might not even matter WHEN they learn the ABCs

Arnold Gessell, one of the leaders in child development in the 20th century, noted in his work that by the end of third grade, things level out. Early readers don’t become better readers. Early academics don’t mean greater academic success.

His research noted that by the time kids are 9-10 years-old, you can no longer identify kids who learned these academic skills first.

As a former teacher, I personally know this to be true having seen it hundreds of times with other children.

Learning the ABCs early is not an indication of future academic success.

And WHEN your child memorizes them is NOT going to define them.

In fact, being forced into overly academic situations too early can have long-lasting NEGATIVE effects on our kids. [There’s a lot to talk about on that subject – but if you’re curious, read the 2002 study “Moving Up Grades: Relationship Between Preschool Model and Later School Success.” ]

All this to say: STOP WORRYING

Instead, focus on all the amazing skills your child does have – skills that really matter. Celebrate those. Make sure those are the skills being learned in early childhood first.

Turn your efforts to the skills your toddler and preschooler really needs to learn:

What’s the best way to develop these skills?

The more our kids play, the more these “real” skills develop. Skills they need to develop in early childhood.

Don’t overlook the biggest skill of all…

Did you know self-control is one of the biggest indicators of future success? I’d much rather focus on teaching that skill than the ABCs.

RELATED: One of my favorite ways to teach self-control is through sensory bins.

Since you’re reading this, I’m going to assume you are no longer stressed out about having your toddler or preschooler memorize their ABCs ASAP.

You are going to throw away the flashcards.

You are going to take a deep breath.

You know your child will pick this up at their own pace and that there’s way better skills to focus on in early childhood.

But maybe you are still wondering…

How can this skill develop naturally?

Here’s how: You introduce letters in context, the same as you did with animal names and sounds. It’s exactly the same skill. Naming an object and the sound it makes.

See how similar it is?

You certainly didn’t stress over that skill. You didn’t hover over your child or search the Internet for ways to make them memorize animal names and sounds faster.

Instead, you let it build naturally / organically over time.

You taught these names and sounds in context. You saw a cow and said, “That’s a cow. It says MOOOO!” Eventually, your child made the connection and picked it up.

Do the same with letters. When you see one say, “That’s an M. It says /mmmmm/.” One day, the connections will happen and they will memorize it.

No drill and kill.

This doesn’t make one kid better than the next and it certainly isn’t an indicator of their future academic success.

Look at all the ways they are learning and growing – and in much more complex ways than just memorizing something.

At the end of the day… ask yourself two questions: when did YOU learn the ABCs? And when was the last time someone asked you that?

(And just like you’re struggling to remember right now or thinking of calling your mom for the answer… that’ll be your kid in 30 years.) 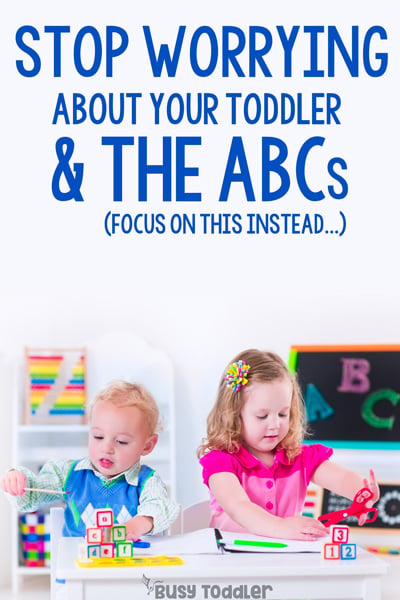 Can you still own ABC toys and books? Yes! And you should. It’s like owning farm animals and barn books. We want to immerse our kids in all kinds of learning opportunities and surround them with literacy. This will help build up their familiarity with letters, peak their interest, and make learning letters (someday) not such a random, out-of-no-where concept.

When did your kids learn the ABCs? I have three very different kids. I had one pick up letters from books and toys, and knew all the letter names at 22-months-old. I have another child who started picking up letters around 24-months-old, but finally had them fully memorized closer to 3.5 years old. My youngest is currently 28-months-old and can identify 3 letters. Letters do not interest him, and his focus is elsewhere in the world. I have no concerns for his future.

When do you know there is a problem beyond typical ABC development? Talk to your child’s doctor or teacher if you have any real concerns about letters & academic skills. Kindergarten teachers will be more than happy to sit and talk with you about rates of growth and any discrepancies they see in your child’s learning (example: being in the 90th percentile in math vs the 12th in reading is considered a discrepancy in skills).