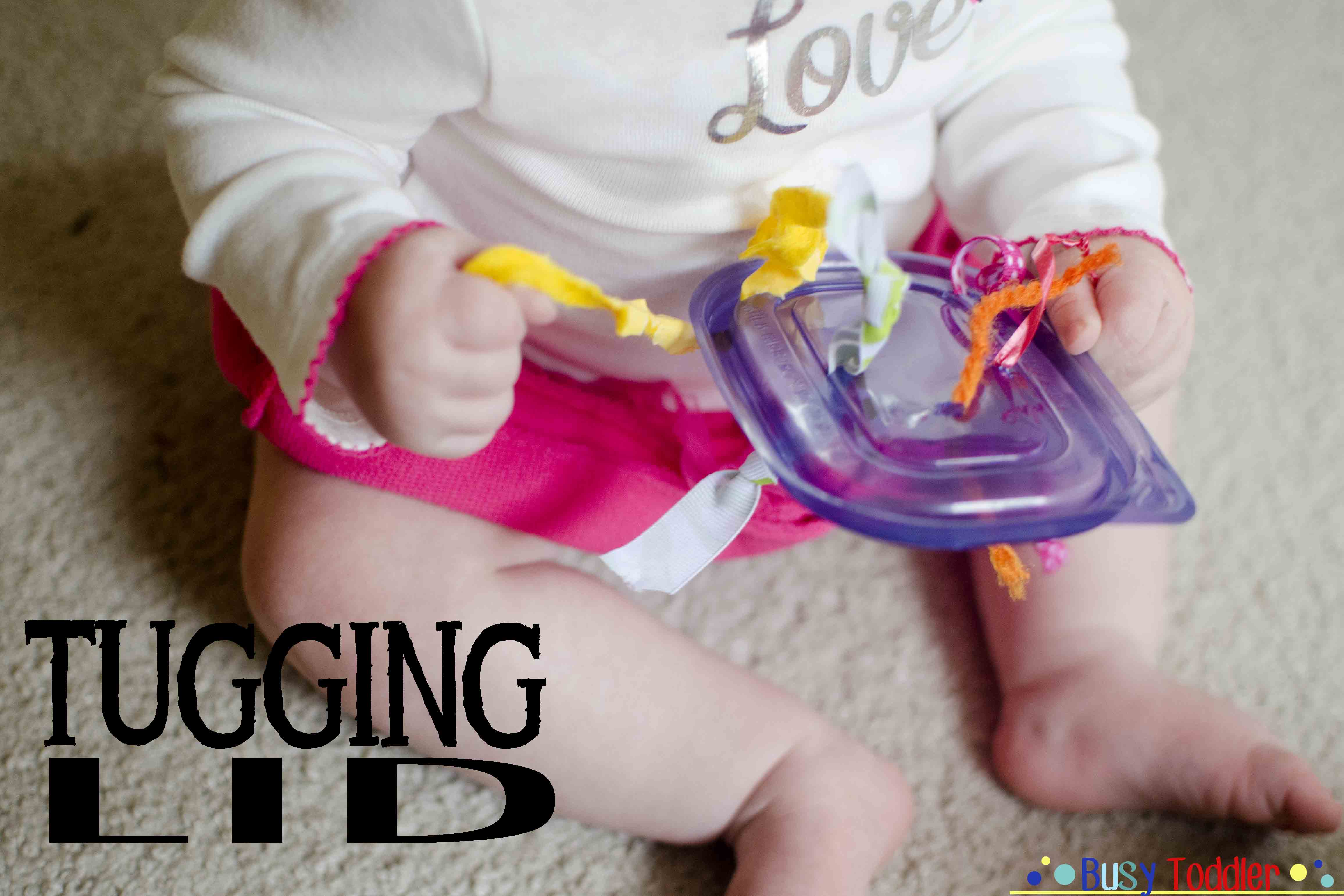 Create a Tugging Lid that’s perfect for your baby.

A long while back, I found this amazing idea on Pinterest for a “Tugging Box” from Laughing Kids Learn. It was one of those rare pins that you actually immediately go do. There was no “pin now, read later” on this one. I got up from my viewing of Project Runway and immediately started making one for Sam. 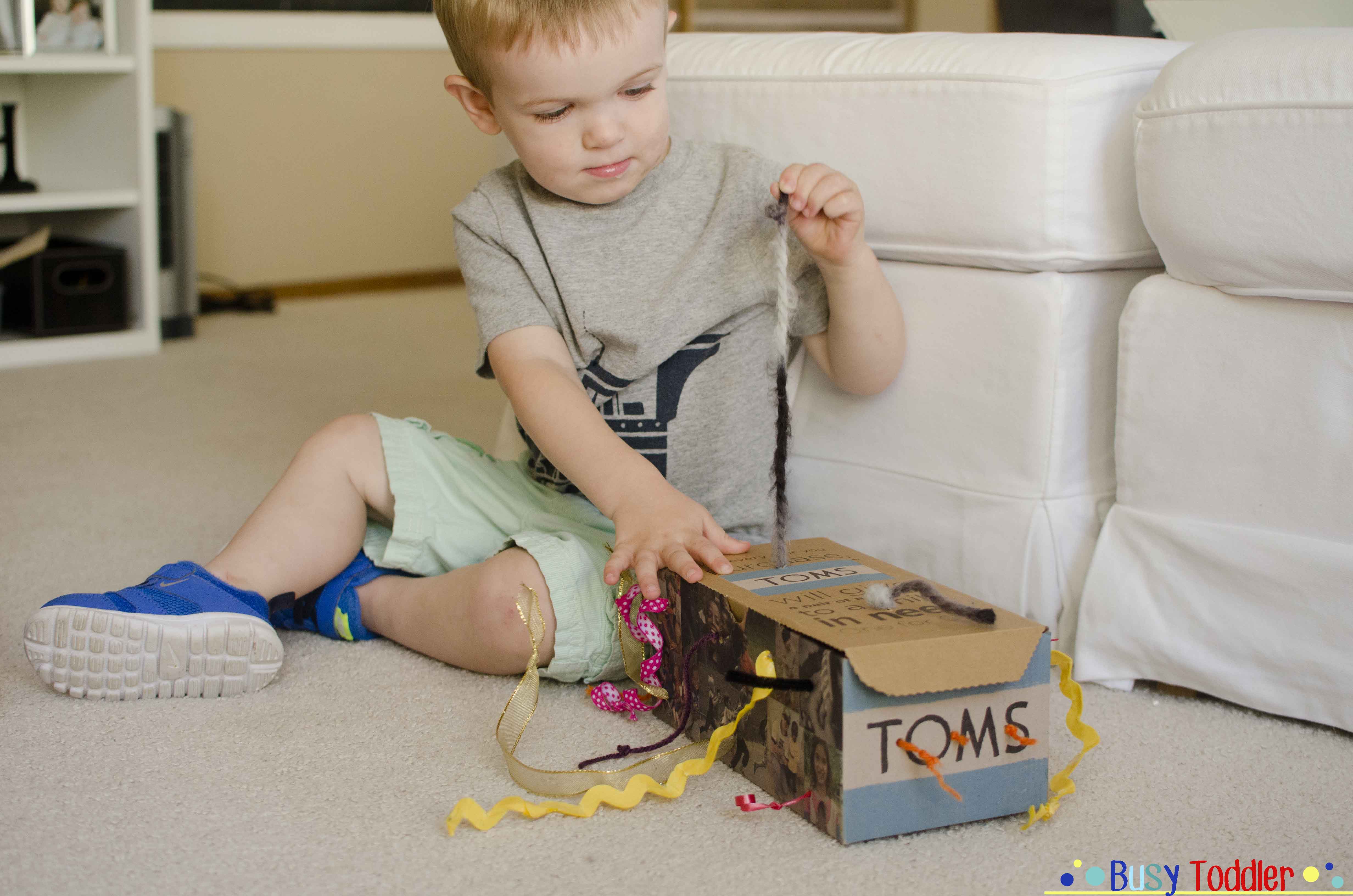 It was snap. I followed all the directions from the original post and easy peasy, we had our very own Tugging Box. My toddler loves this. I love this. It was a win for all parties involved.

Except for Baby Sister. Once Baby Kate learned to sit up, the Tugging Box was all she wanted to get after. But at 6 months old, it was just too big and too complicated for her little baby hands. PLUS, she kept trying to eat the cardboard box. C’mon Baby Kate – don’t be that kid.

So, I went to our Tupperware drawer and found one of (approximately) 10,000 lids that has no matching bottom and set out to make a Tugging Lid for dear sweet Baby Kate. 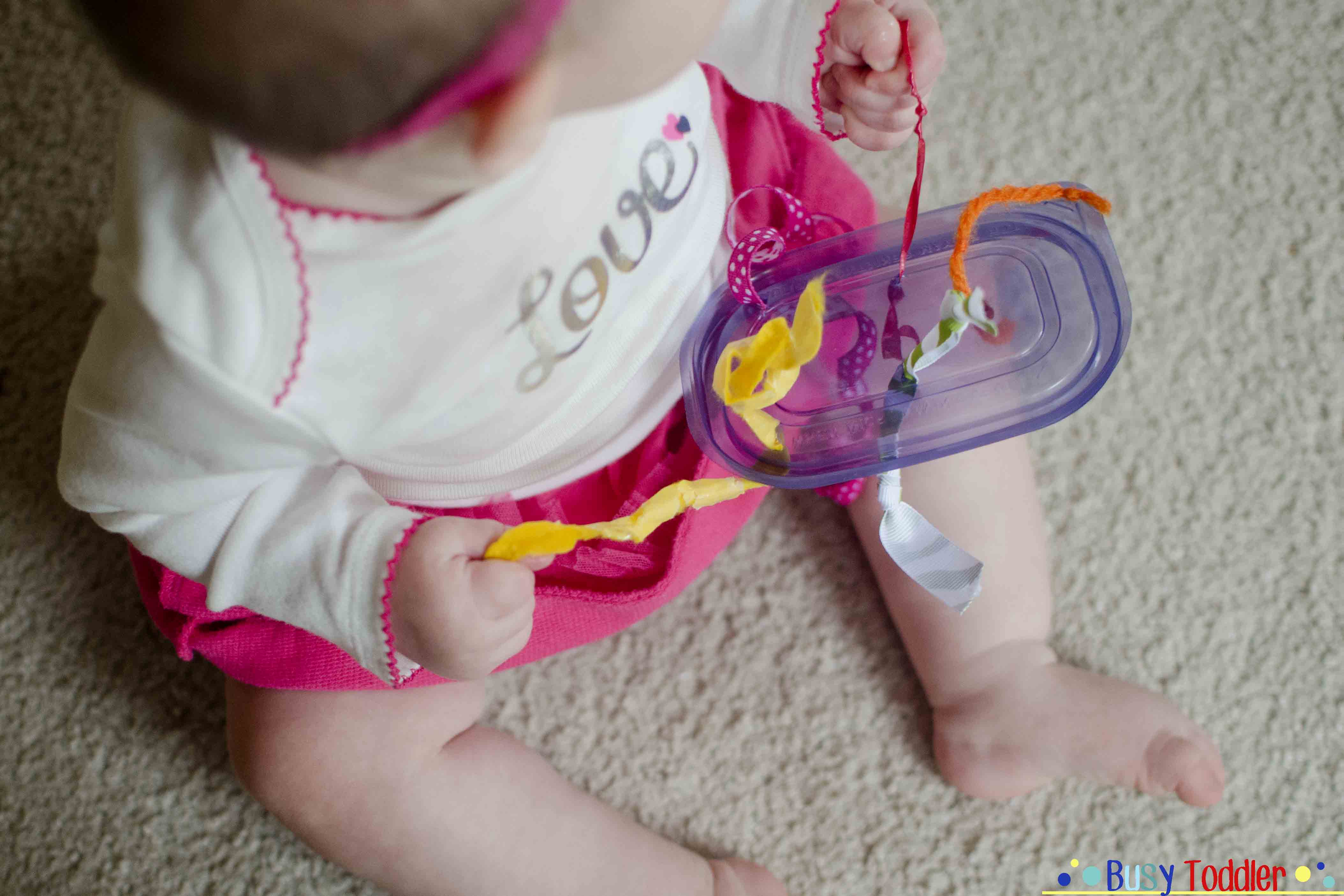 It was just as much a snap to make as the Tugging Box had been – maybe even snappier? I mean, easier.

I poked holes through the lid with scissors, added various ribbons of different textures and lengths, knotted the ends so they wouldn’t slip through – and off she went.

She is obsessed with pulling at the ribbons, chewing on them, chewing on the lid – it’s a little sensory party for her to experience. Best part is, tugging lid gives Baby Kate something to do. 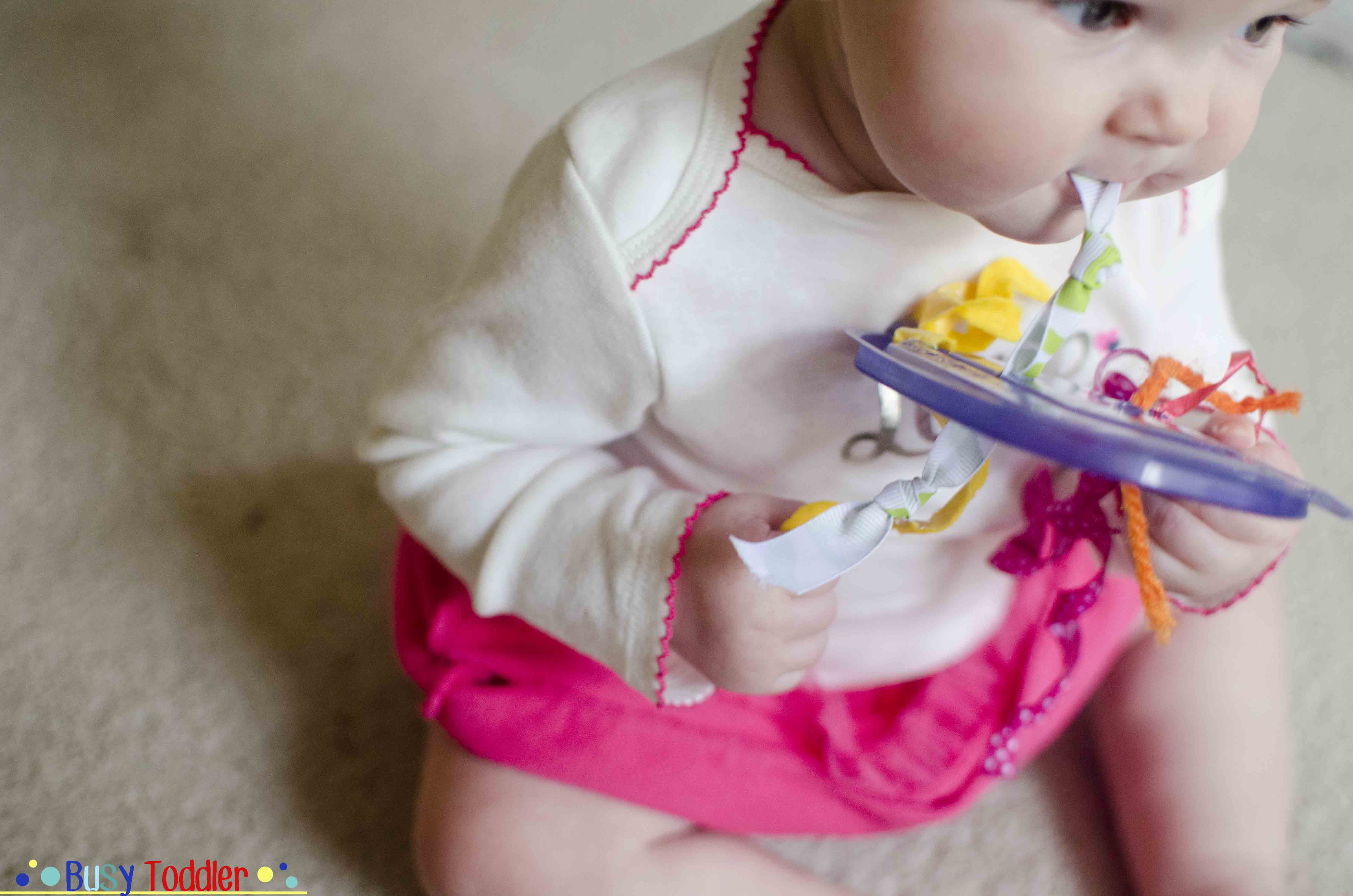 Tugging Lid has been a massive hit for us and two months since making it, we still love it just as much as Day 1. So much so that we even made a second Tugging Lid for car rides and restaurants – something for her to chew on other than the high chair (ick).

Thanks to Laughing Kids Learn for the original idea – Baby Kate just loves it!

Have you ever made a tugging lid or tugging box? 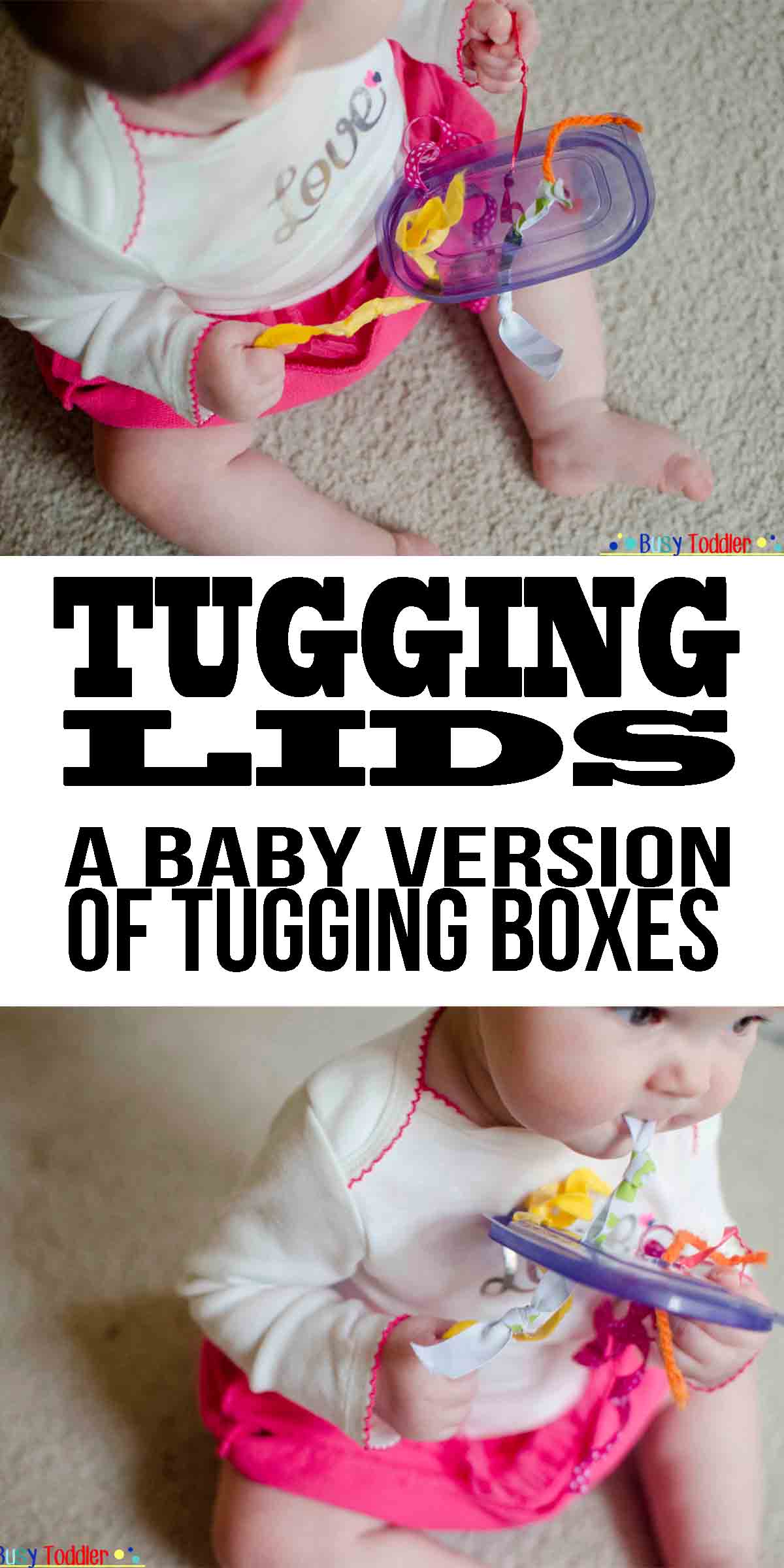