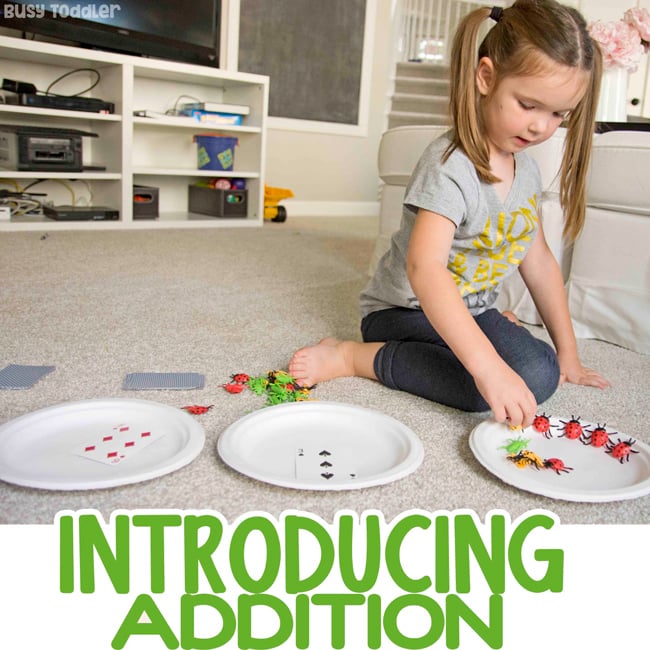 Why introducing addition the hands-on way is EVERYTHING

Math, in the early years, has no business being on paper.

I’m not trying to sound harsh here but the reality is that children are being led down a path of quick, rote memorization at younger and younger ages and we have a whole lot of flashcards, workbooks, and printables to thank for that.

The problem is – the paper path these children are on ends with them coming up short in the long-run.

RELATED: I am NOT a fan of worksheets. Learn why HERE. 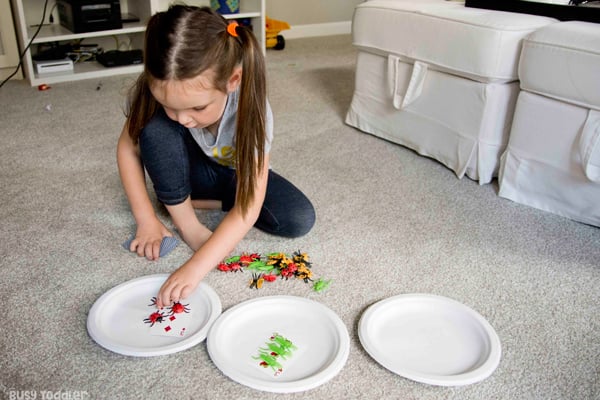 They don’t actually know the WHY or HOW behind the math, just the quick and easy way to find the answer. It’s like trying to be a 2D object in a 3D world.

It’s really hard to make connections when you’ve only learned to memorize ways to solve the problem.

RELATED: Learn more about how I teach children in a higher level and with greater understanding in my Playing Preschool Program. 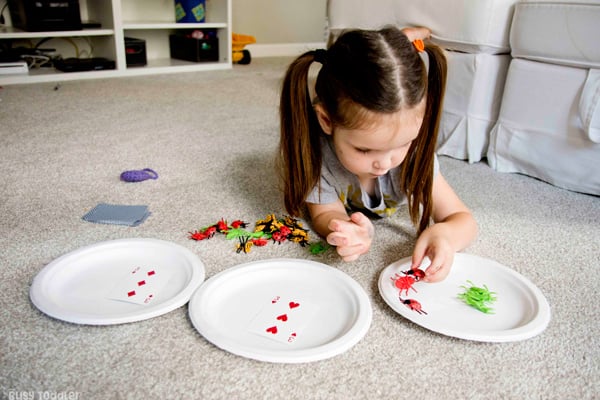 Let’s put our kids on a path of conceptual understanding…

Rather than rushing through math…

Instead of introducing math as something we memorize…

How about we actually teach our children background knowledge, set a foundation, and help them build an understanding of math and what is happening. 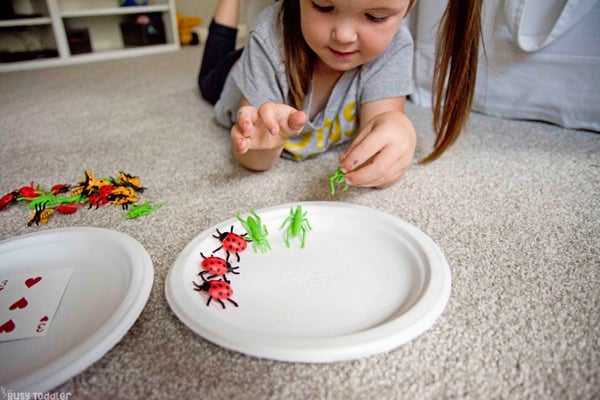 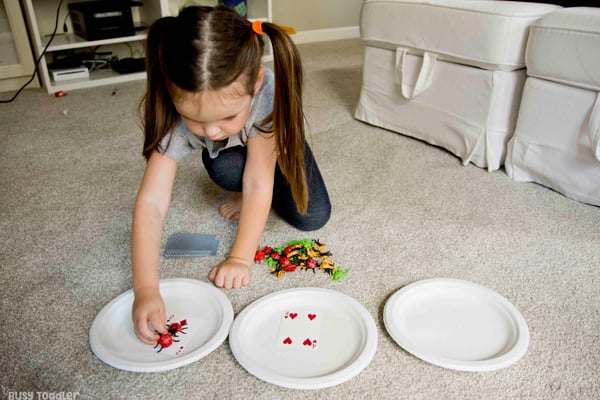 How does introducing addition happen hands-on?

If we want, we can quickly teach a child to memorize math facts.

We need to go BEYOND memorizing and take these concepts to a deeper level, to a level that will actually benefit our kids and help them learn (truly learn) the skills before them. 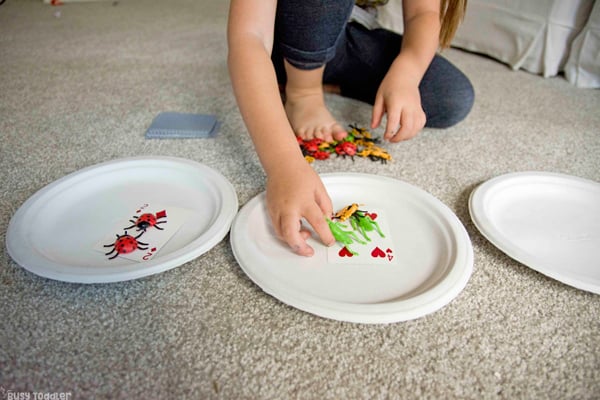 Here’s how to introduce addition…

I like to introduce addition using the concept of “joining”.

The word “addition” is big and clunking and has little meaning to a child.

But “joining” and “to join”, those are words a kiddo can get behind. 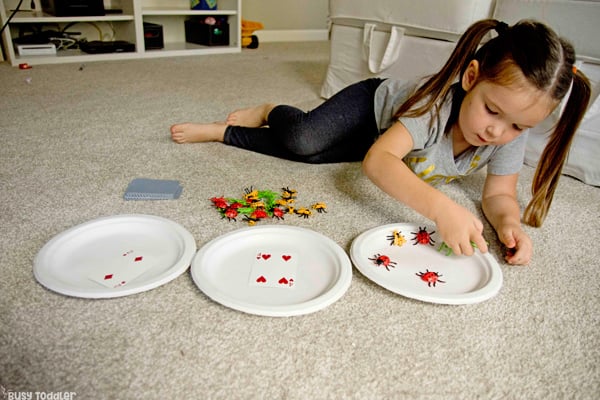 So we ditch addition and call this joining:

“Today, we are going to JOIN two groups.”

Remember: these are GROUPS that we are joining together. When we talk about 2 + 2, we are talking about a group of two joining a group of two. This concept is often skipped or lost in the rush to worksheets and flashcards. 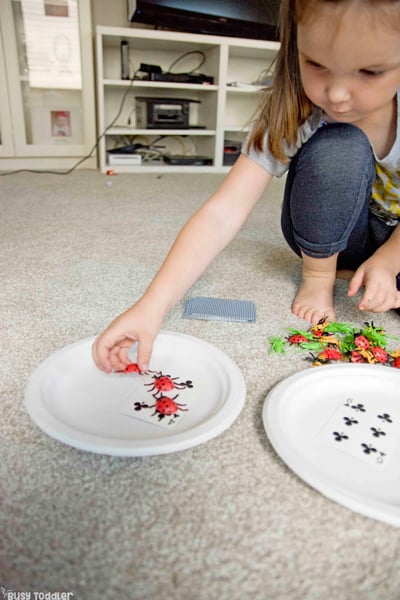 Start by joining small groups together

We don’t need to start off with giant groups and huge numbers. Small, manageable numbers work the best when introducing addition.

When in doubt, SHOW IT.

When we are introducing addition like this we want to show everything. Every last part of this concept needs to be shown. 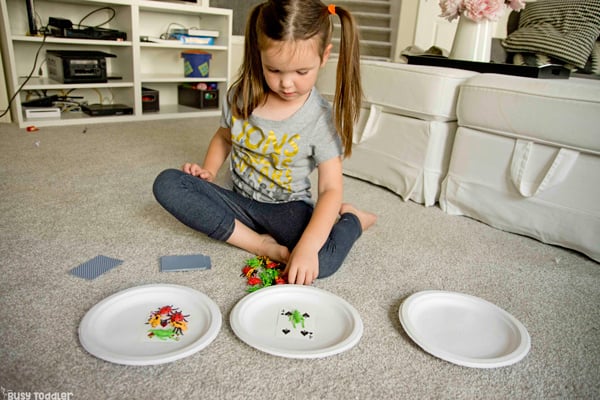 I begin with three plates for introducing addition

Remember: time is on your side so take plenty of it. There’s no prize for learning first. 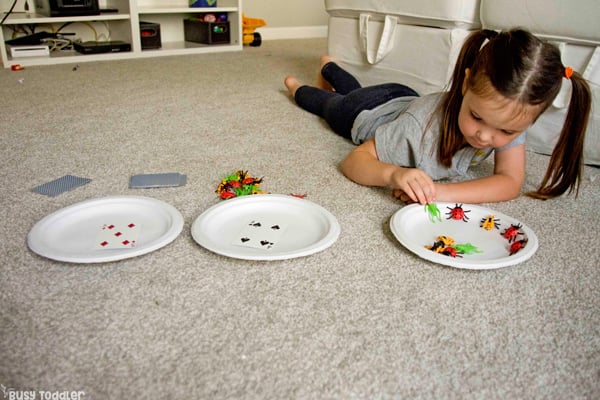 Here are the steps I took: 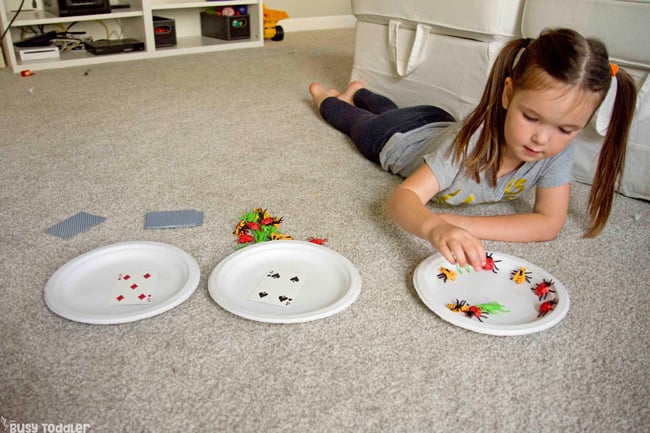 And then we shampoo it: wash, rinse, REPEAT.

We played this same exact scenario over and over again. My daughter set it up at least 10 times.

At the end, did she have her math facts memorized? NO.

Could she suddenly recall number sentences? NO.

Did she have an understanding that when you combine two numbers together they make a bigger one? YES.

And that’s the goal.

The goal is NOT to be quickest at addition at this age. The goal is to learn WHAT addition is and what happens WHEN we join numbers together. 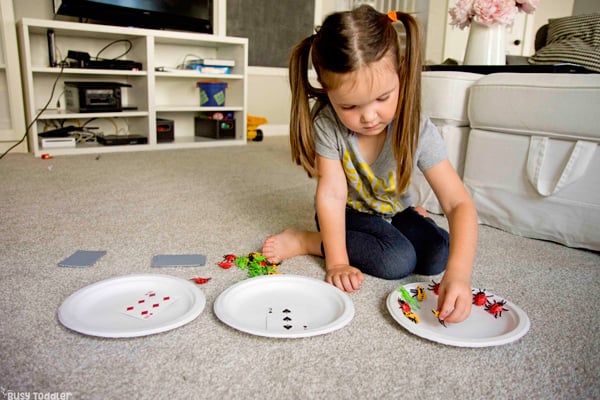 We have got to ditch the paper…

It’s time to move our kids off screens, off paper, off workbooks and back into hands-on math.

We can’t expect a child to learn the complex concepts of addition by simply memorizing an answer.

We are raising 3-Dimensional children and we need to educate them as such.

They deserve to understand the concept … and to understand it WELL before they memorize the procedures. This might even be years before…

How have you been introducing addition? 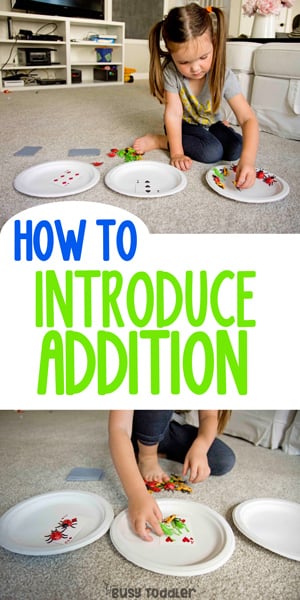