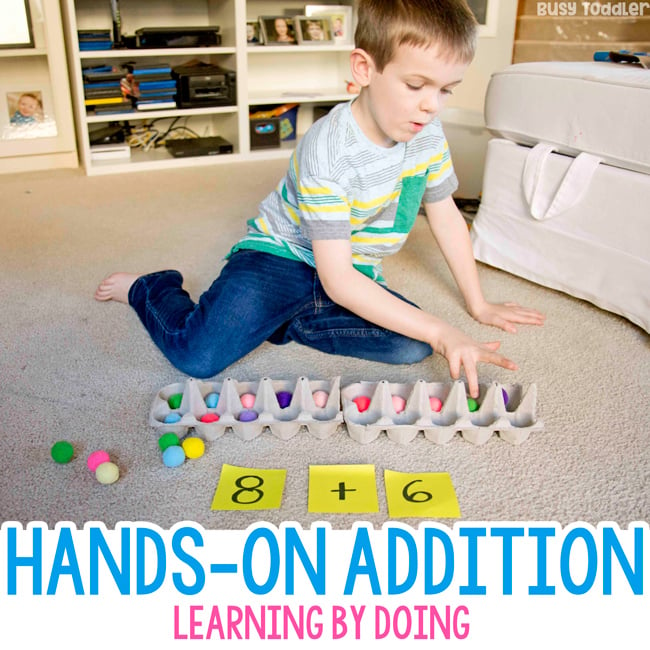 Truth: you cannot learn math from a worksheet.

Well, you kind of can, but it’s going to be one-dimensional. It’s going to be low level. And it’s not going to have the complexity or depth that our children crave and deserve.

Instead, let’s get our kids back to math by doing – here’s a hands-on addition activity that’s perfect for school-aged kids. 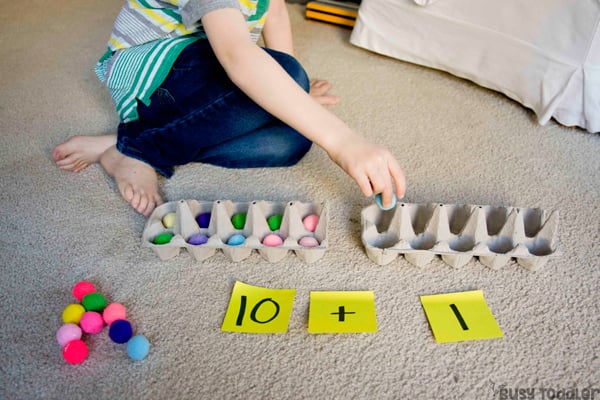 Why can’t we just learn this on a worksheet?

In short: worksheets are flat and trivial. We want children who have deep understandings of math and numbers and addition. We want kids with firm bases in conceptual understanding.

We can’t do that with a worksheet that asks yes or no questions and is looking for one answer (the right one).

We don’t want our kids so focused on the end result (the right answer) that they skip over the important part (the steps to get there).

RELATED: Want to know a little more about the pit-falls of a worksheet education? Read more here. 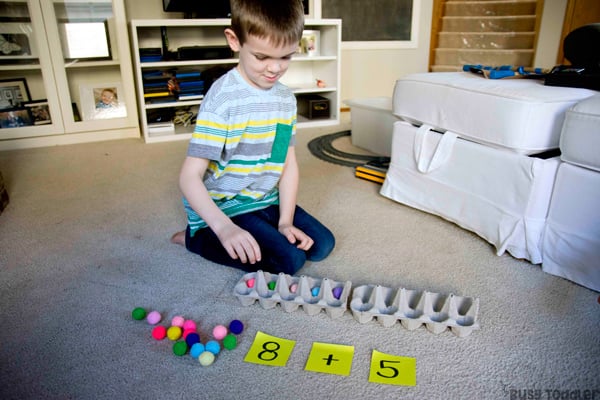 Let’s do some hands-on addition…

Since we are working with combining (adding) two numbers together, I made two of these “ten-frames”.

RELATED: Ten-frames are a buzz word in early childhood mathematics. Find out what they are HERE.

I pulled off 20 post-it notes and wrote the numbers 1-10 twice (I wanted to have TWO of every number).

I also dumped out my bag of pom pom balls. 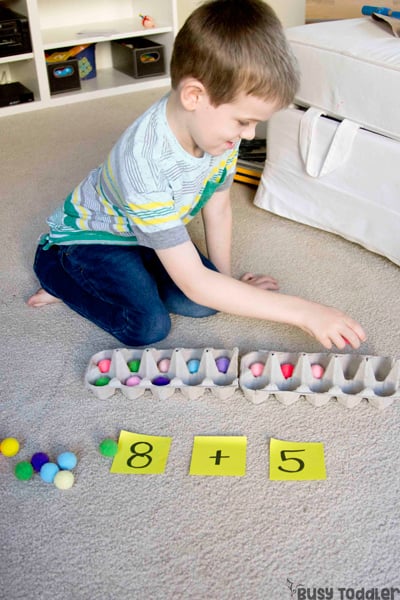 Here’s how to lead this activity:

On the floor, set the two egg carton ten-frames and the bag of pom pom balls.

Ask the child to select two post-it notes – these will be the addends (aka the numbers being added together). 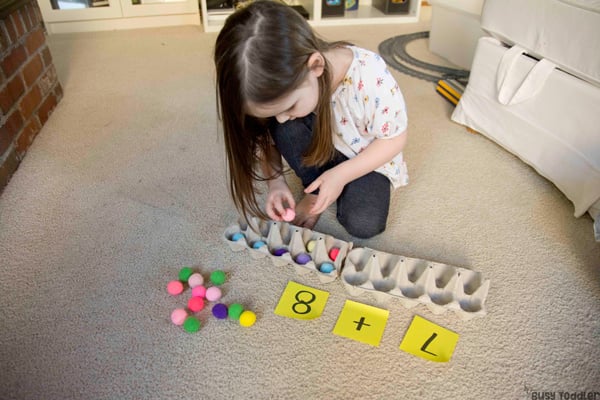 Place ONE post-it note in from of each egg carton and have the child count out that many pom pom balls into the egg carton slots.

In the second egg carton, have the child put that many pom pom balls inside (to represent the number on the second post it).

RELATED: Looking for another hands-on addition activity? Try this one with dot stickers!

Start by comparing the numbers.

“Which has more? Which has less? How do you know?”

THEN count them all together. 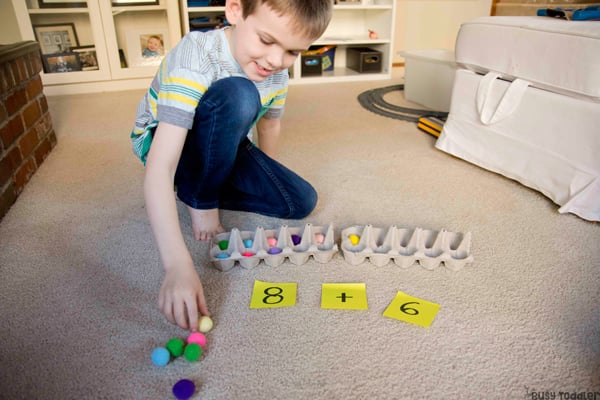 Make a big deal out of the sum!

You don’t need to stress the word addition, or addend, or sum. They’ll retain and grasp those vocabulary words later on. 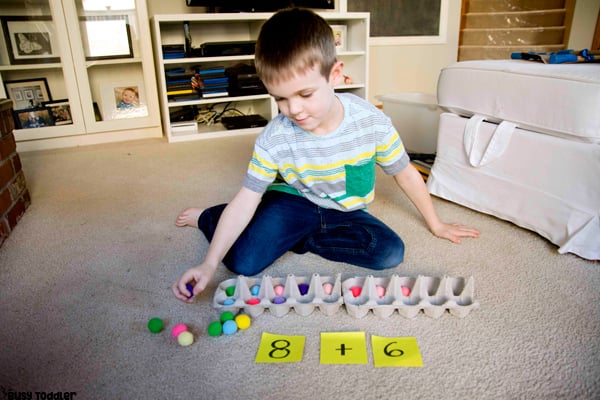 Let’s focus on the concept: getting children to understand that combining two groups of numbers will make a LARGER number.

Hands-on addition is so much more fun than worksheet addition

Can you imagine – from the eyes of a five-year-old – how much more fun and engaging an activity like this is than working on a sheet of addition facts?!

This is way more fun! 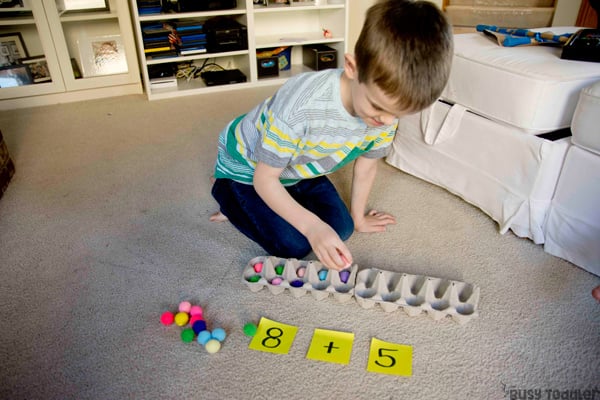 Let’s have kids learn by doing instead of learning by worksheets.

When will you try this hands-on addition activity? 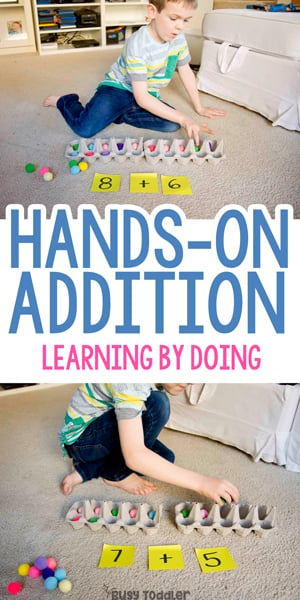