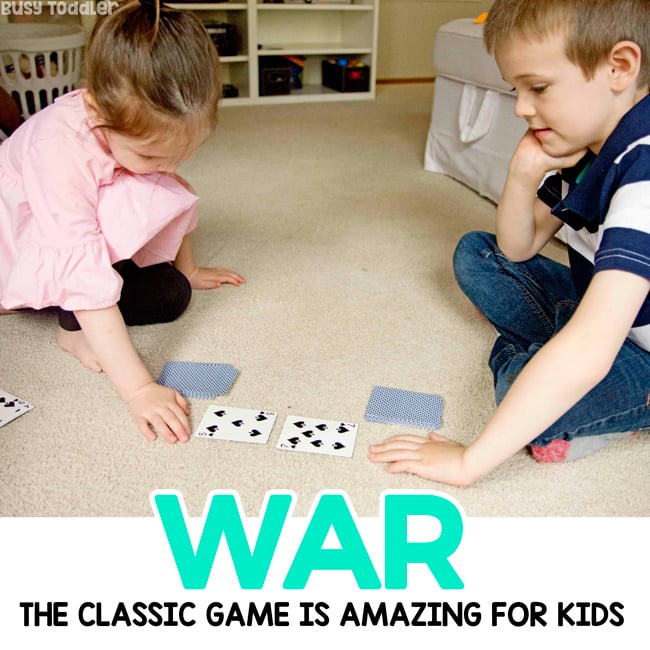 Don’t forget to teach WAR to your kids.

You remember playing it as a kid. I know you do. The simplest of card games: WAR. It’s simple, it’s addicting, and it’s a staple of childhood. But do you realize how much you were learning while you played it?

RELATED: Learning through play is the way to go. And I made a whole program to do just that: come find out more about Playing Preschool. 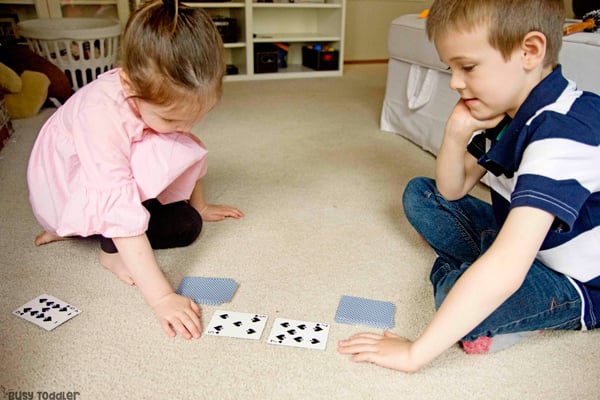 You learned so stinking much from WAR.

But this little game is actually a big deal for preschoolers and busy big kids for one very good reason: number sense.

In order to play war, you need to have an understanding of: 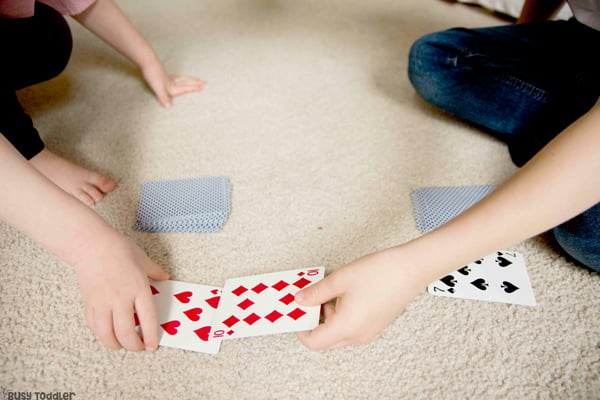 Get out a deck and start playing today

You remember how to play right?

Remove the jokers and face cards first, then cut the deck in half.

Each player draws ONE card and flips it over: COMPARE the numbers.

The player with the larger number gets to keep both cards.

But if the numbers flipped are the same….! 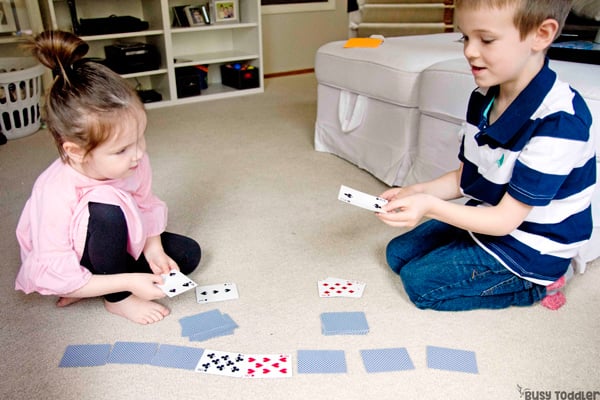 Then you declare WAR!

Place three cards FACE DOWN on the playing service and at the same time, reveal a final card (the fifth card total in this round).

The winner of the war takes ALL TEN CARDS.

Obviously, the goal is to win all the opponents’ cards. 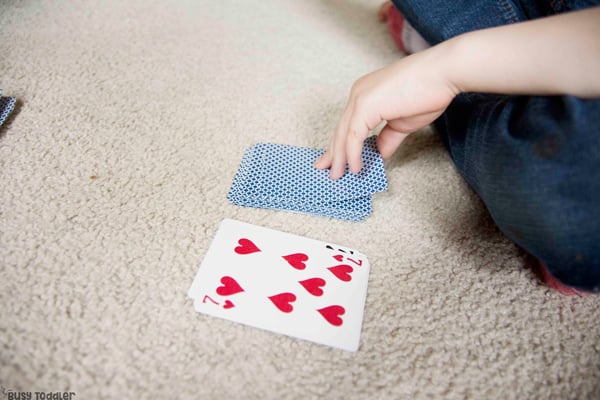 There is SO MUCH LEARNING happening here.

First, your asking for a rapid recall of number names. This is fast paced and tricky for little learning.

Next, they need to compare the two numbers and make a decision: which is greater?

RELATED: You can find the official rules of WAR here. 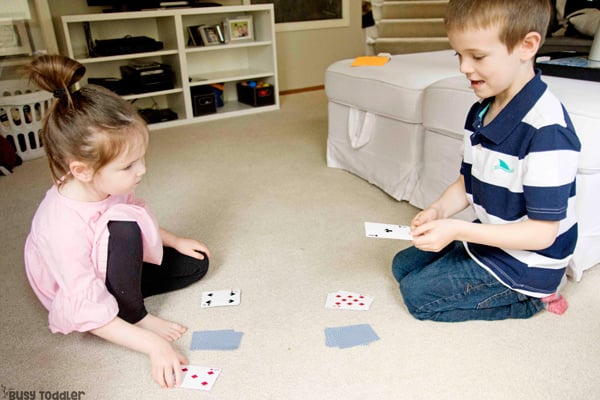 With that, they need to understand the abstract concept that “6” represents a group of 6 objects even if you can’t physically touch those objects.

This isn’t just some random card game – this is hands-on, play-based learning at its finest.

This game is all by chance and luck.

There’s no skill involved and no way to alter the outcome meaning you can’t lose on purpose so your child wins.

They are going to lose at WAR sometimes.

They aren’t going to win every round.

They aren’t going to win every game. 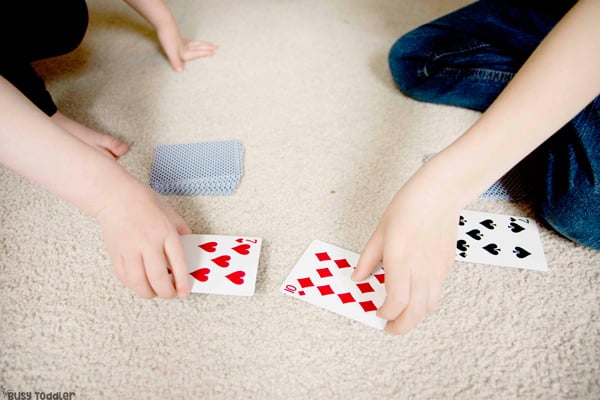 Kids need to learn how to lose (and how to win) without making a big deal out of it. We can only teach them this skill with practice: practice from losing.

War is great for that.

RELATED: Learning to lose graciously is one of my Kindergarten Readiness skills (read them all here….). 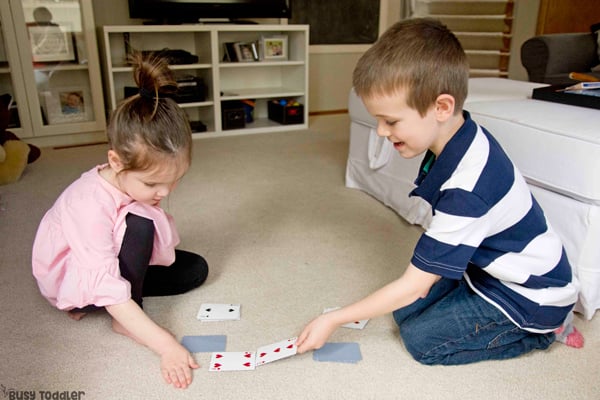 Grab a deck and play some more.

Get a deck of cards – or two if you have extra – and start teaching your child war.

It’s one relic from childhood that has to be passed down from generation to generation.

Have your played WAR with your child yet? 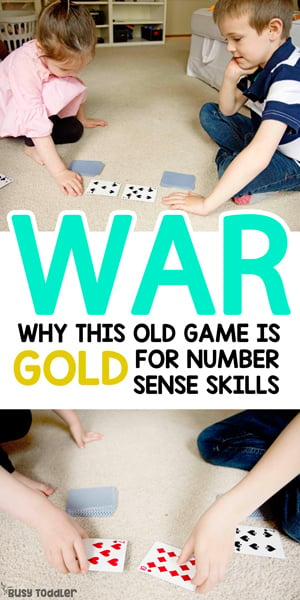