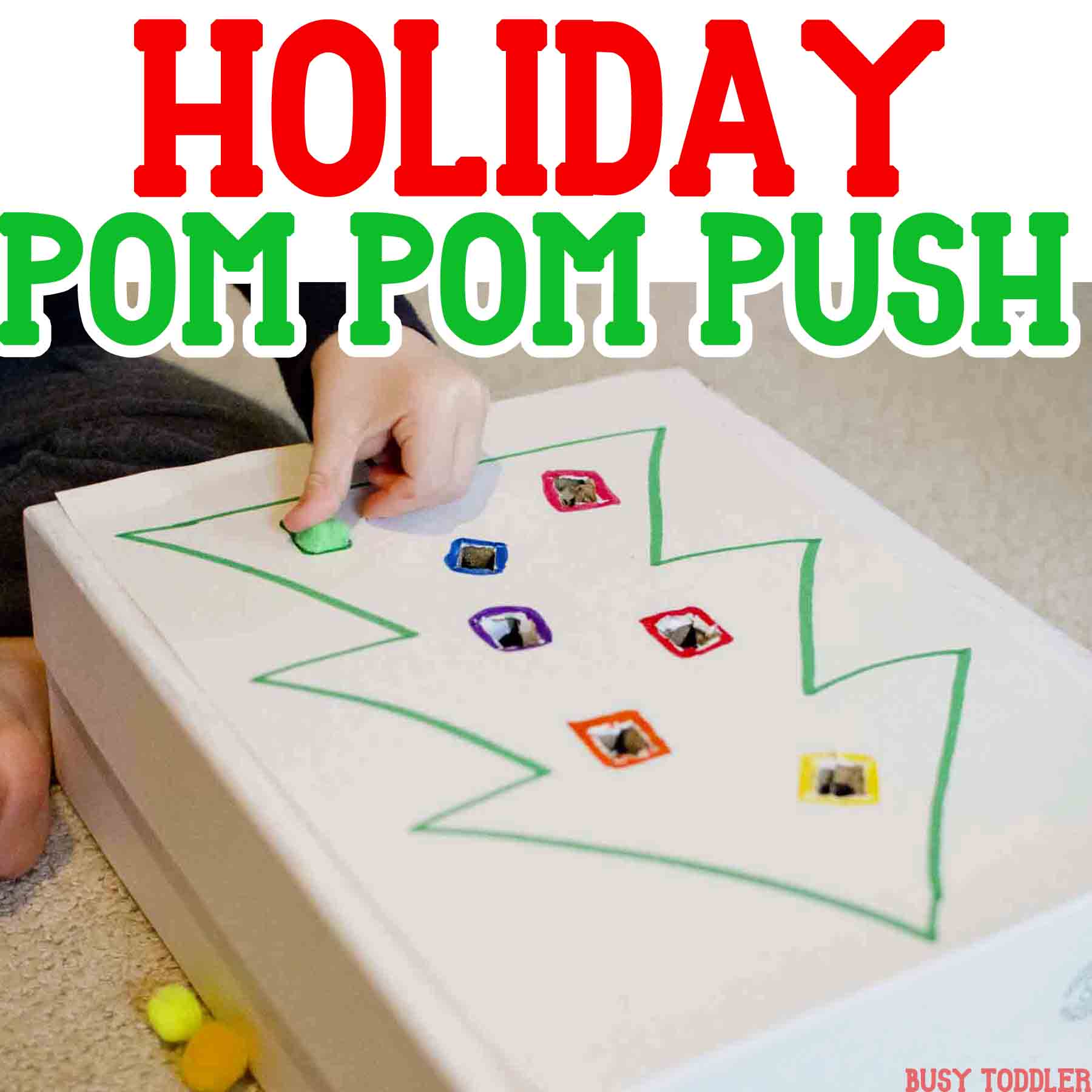 Have some fine motor skills fun with this Holiday Pom Pom Push.

This fun and simple toddler activity was whipped up in about 5 minutes and bought me so much concentrating, quiet toddler time. The return of investment was amazing making this Holiday Pom Pom Push a total winner.

For this toddler activity, we did a Christmas twist on one of our favorite games Pom Pom Push. Pom Pom Push is one seriously easy to prep activity that we’ve been playing around here for months. It was destined for a holiday spin.

Making a holiday pom pom push is so easy! 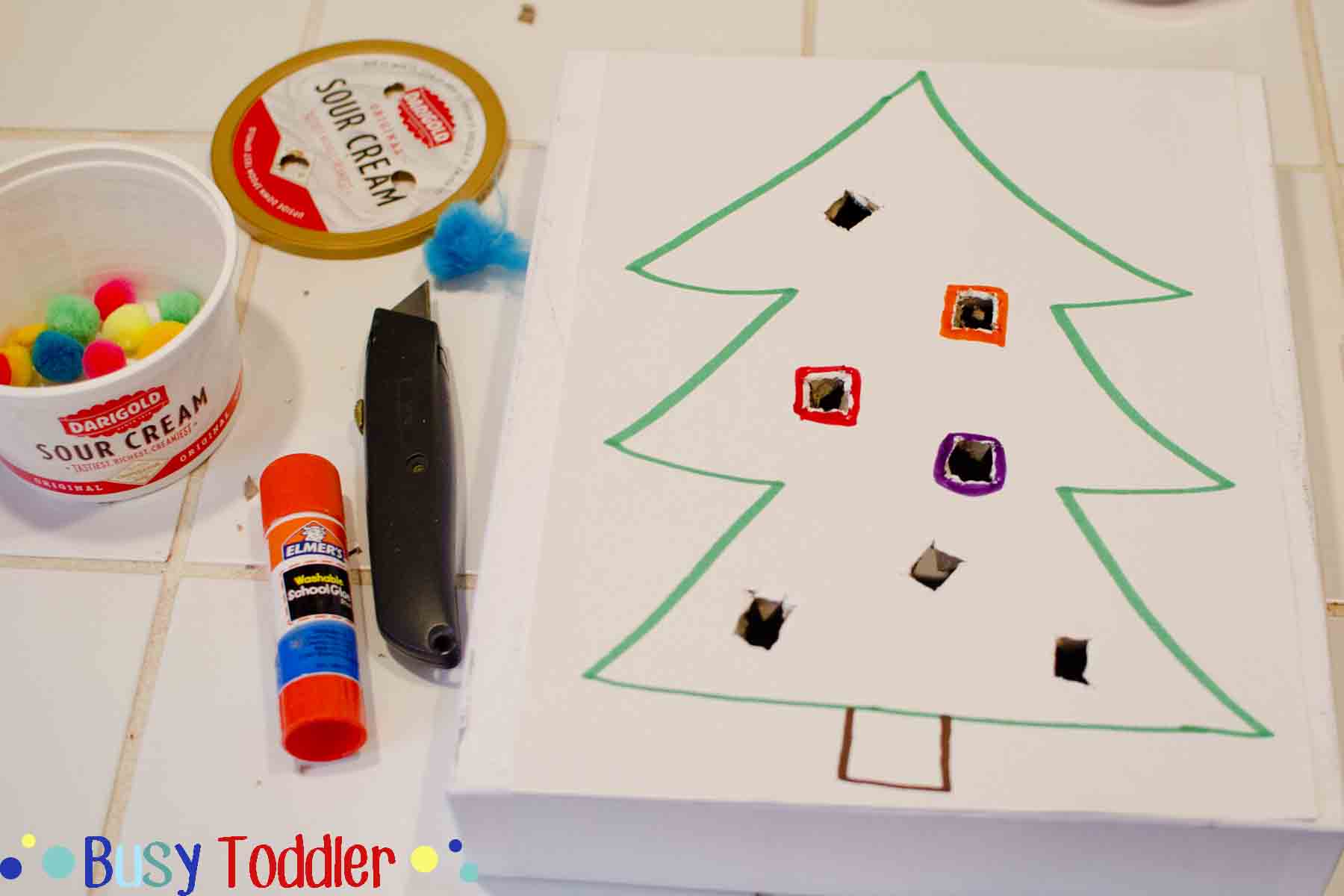 The directions for making this toddler activity:

I started by gluing a piece of white construction paper to the top of a shoe box. I haphazardly drew on a Christmas tree (who isn’t going to win any design awards). Next, I created the holes for the pom pom balls. To do this, I used a utility knife to cut out the holes very, very, very carefully.

My holes are definitely more square than circle but it is what it is and it’s for a toddler activity: he doesn’t care how bad the holes look. Finally, I traced each hole with marker to make it correspond to the pom poms. It made it look just a like ornaments on a tree. Square, poorly cut out ornaments, but I’m fine with it. 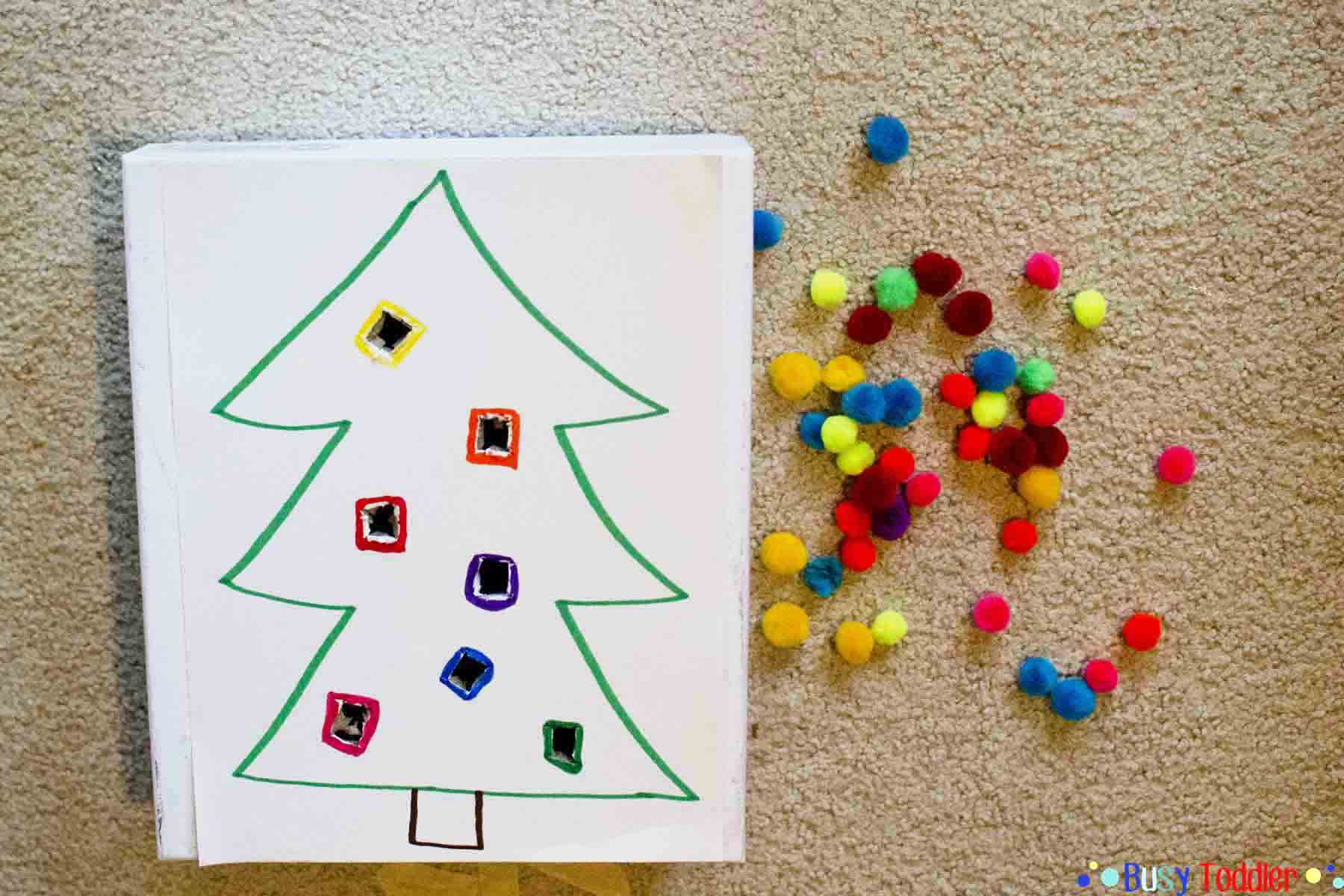 I promise the set up took me 5 minutes on the dot. It sounds like a lot but it was seriously just 5 minutes. And it bought me a whole lot of “Mom time” with a toddler independently playing and having fun. 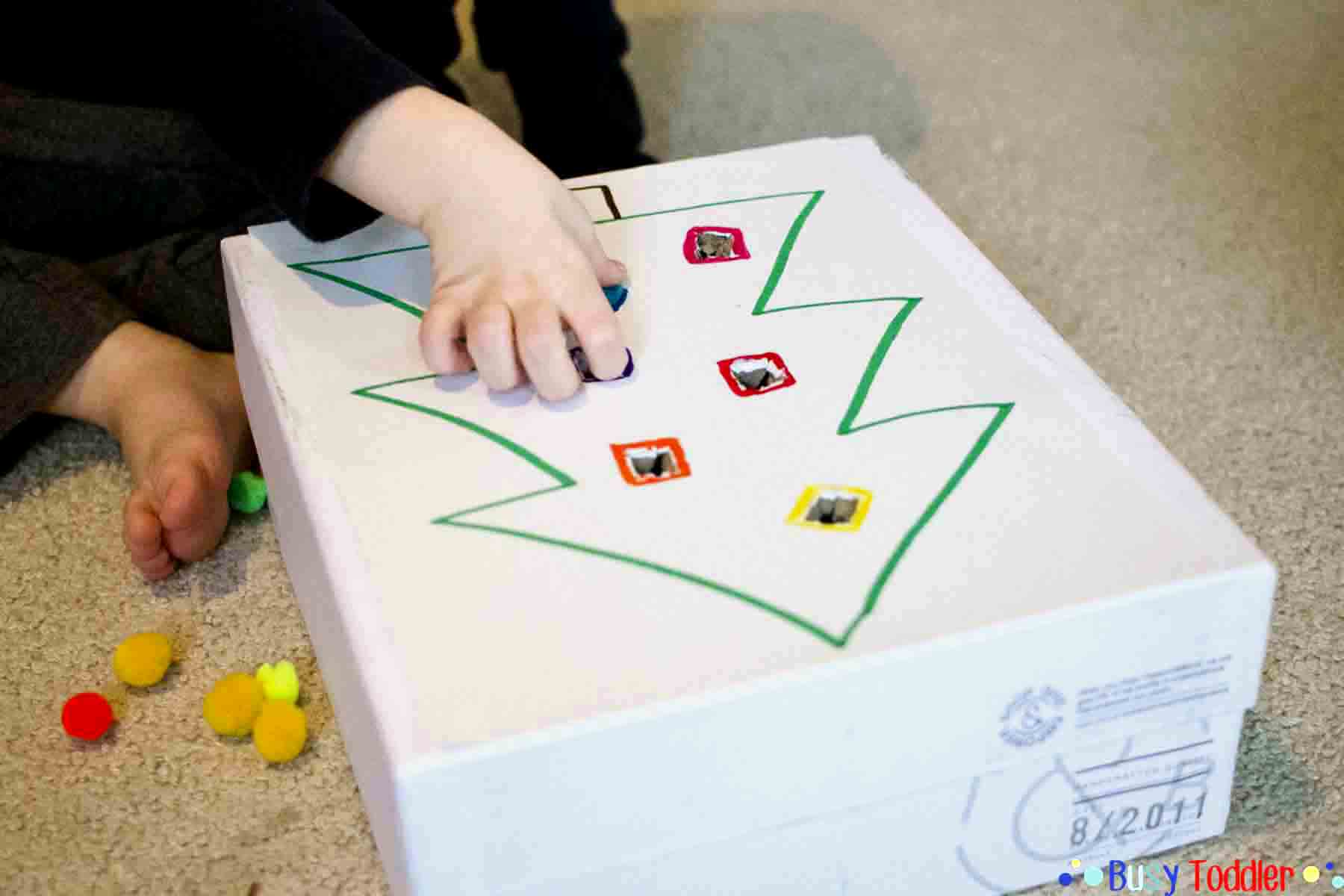 I set the pom poms next to the box and my toddler knew exactly what to do – push those buggers through the holes. The added challenge of making him push each pom pom through its corresponding color hole was a nice added challenge. 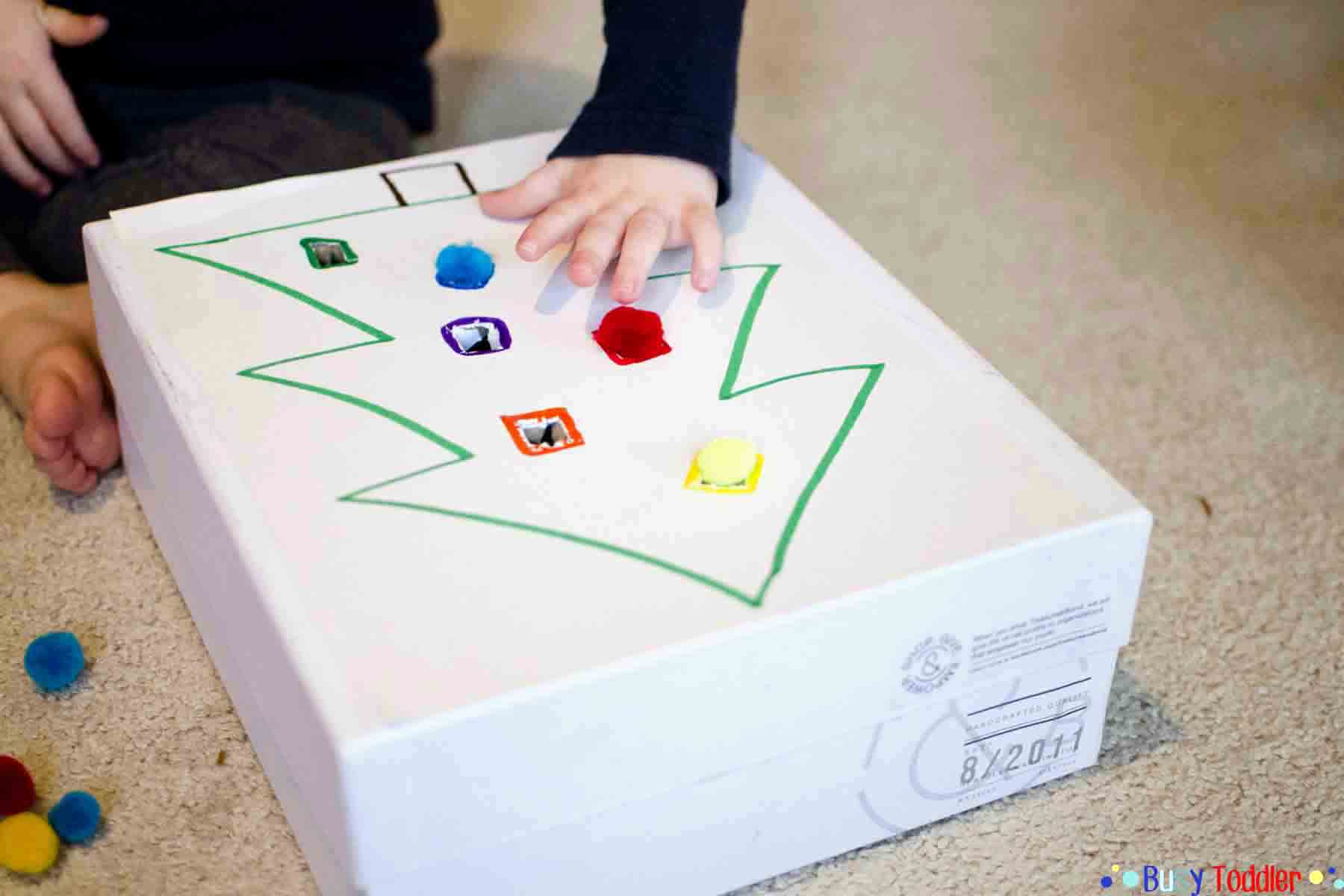 My toddler played this activity over and over, and we’re keeping it around through the holiday season. It’s easy to store and something quick to pull out when we have a second and need a little activity to do. 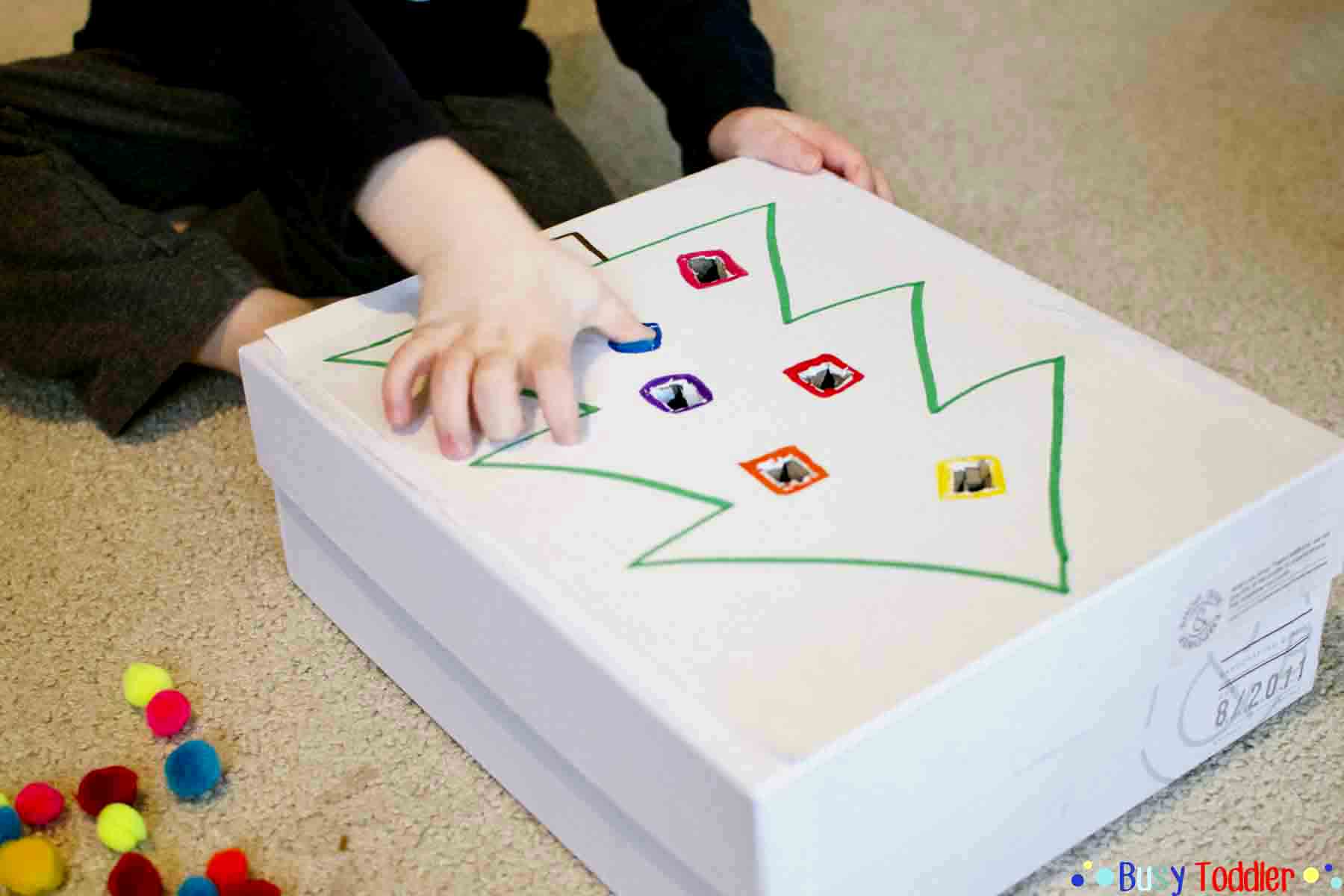 What skills are target in the holiday pom pom push?

My toddler had an absolute blast playing this and learned so much from it!

Will you make a holiday pom pom push for your toddler? 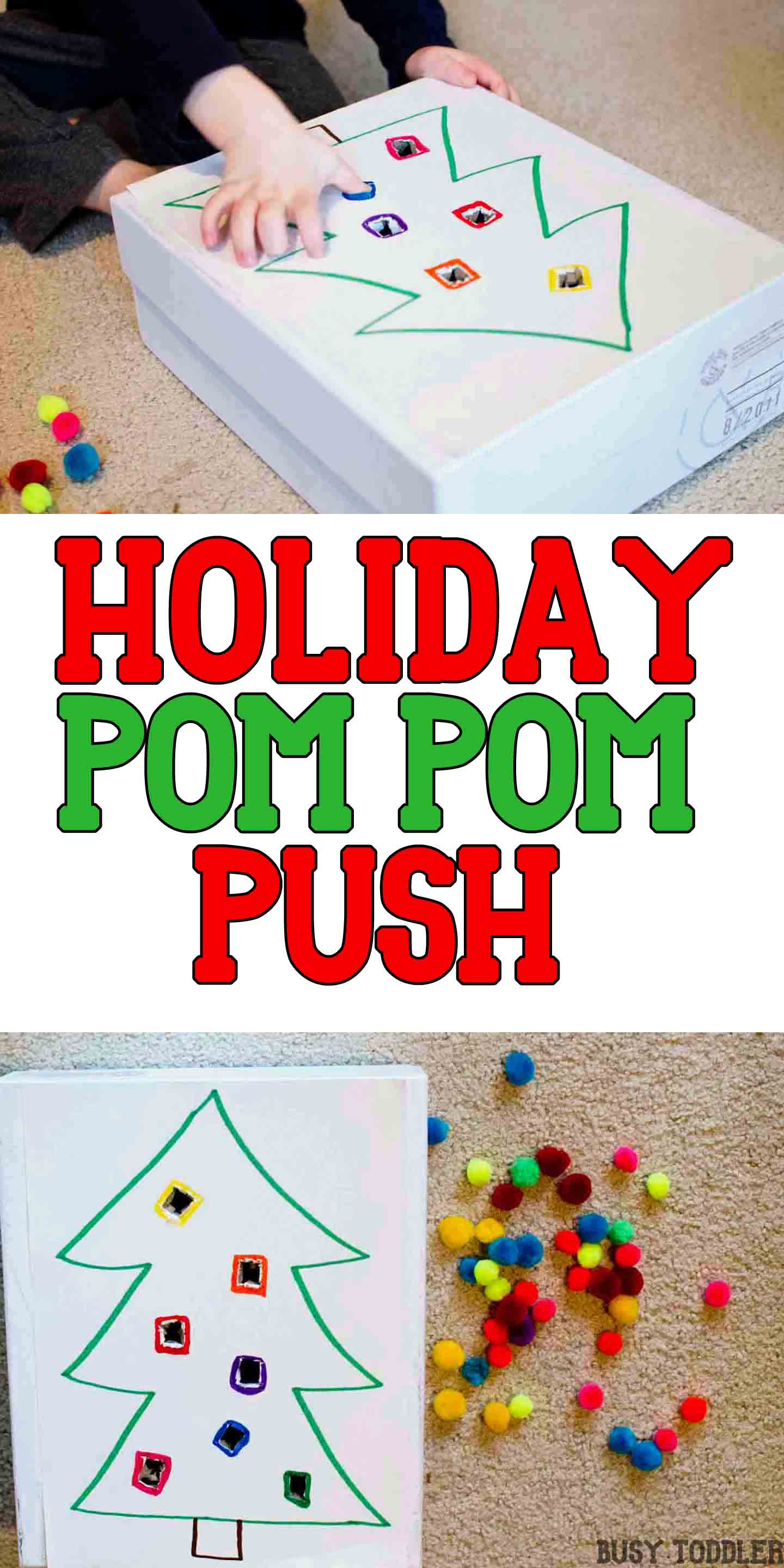