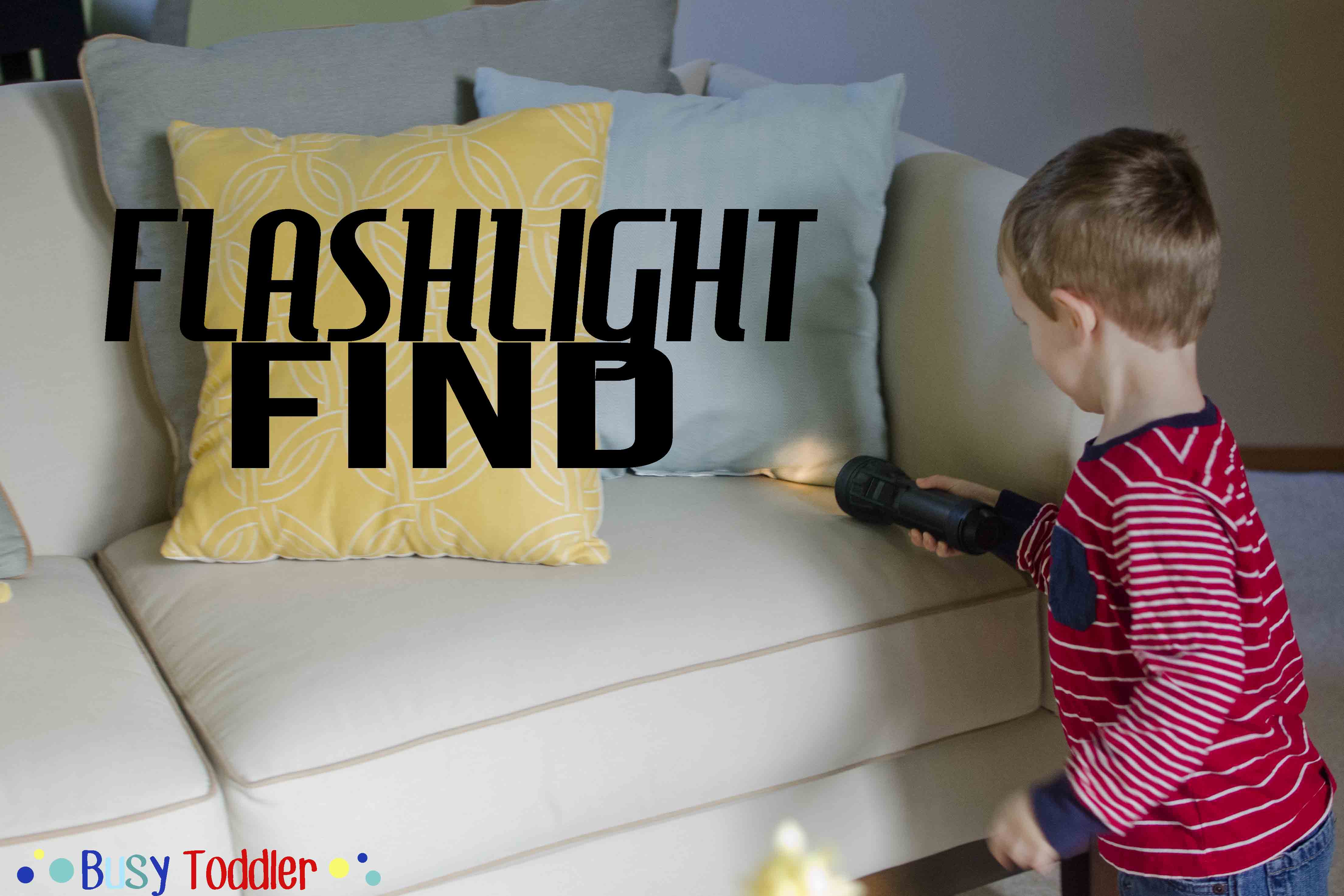 Need to sit down AND entertain a toddler? Flashlight Find is your answer.

It doesn’t have to be a fancy activity to be the best activity. Today’s case study in that toddler theory: Flashlight Find.

Man, I wish I would have thought of this back when Baby Kate was a newborn. I spent a lot of time sitting on the couch feeding her and trying to keep a 20 month old busy. Flashlight Find could have saved my life. BUT, at least I have it now, and I have you to share it with (thanks for stopping by!). 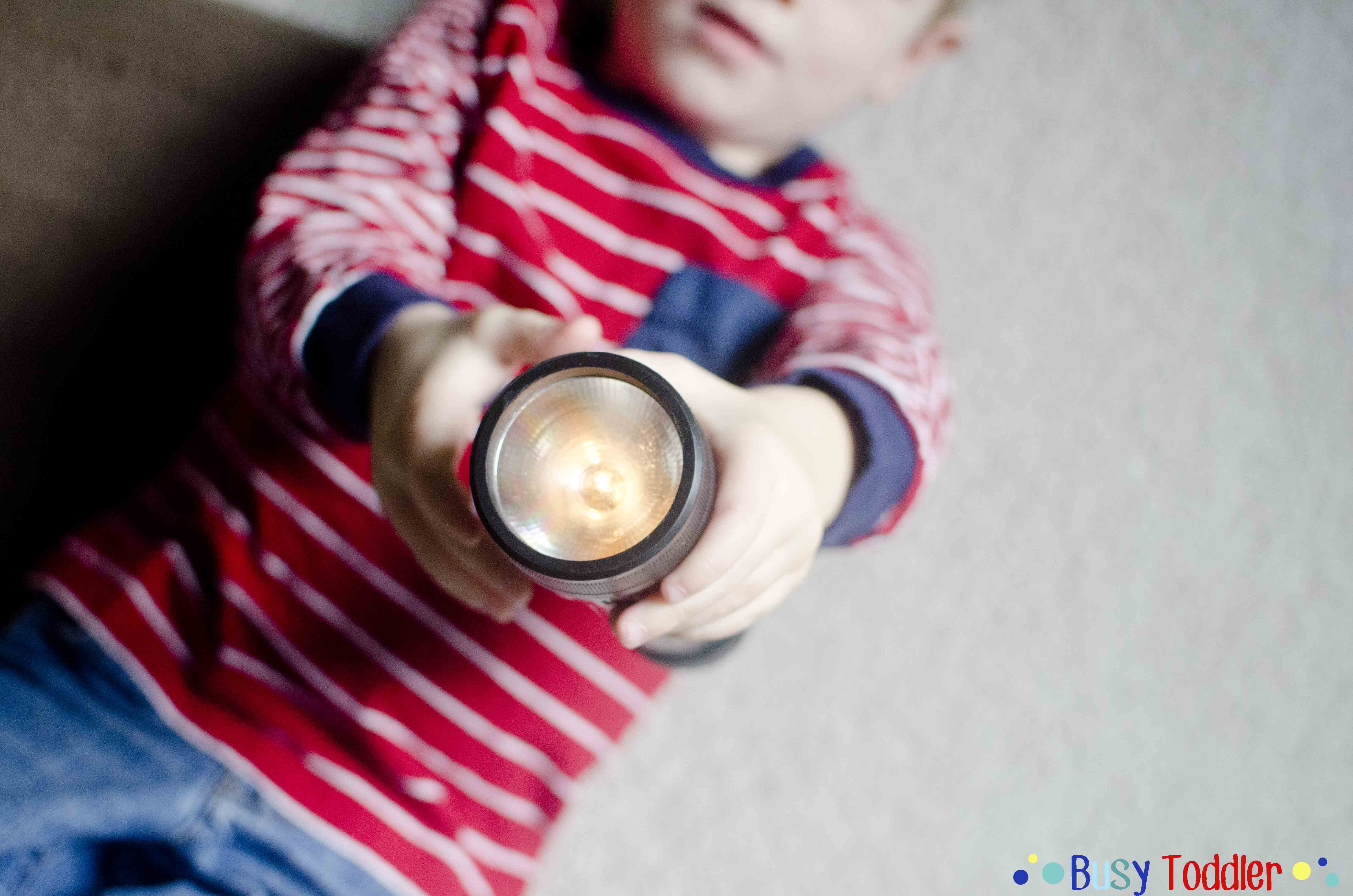 It does need to be a working flashlight with working batteries (so right there that eliminated 90% of all flashlights I own).

How to play Flashlight Find:

I parked it on the couch and my toddler, Sam, his flashlight. The look on his face: like I’d given him a bar of gold and the moon all at once. At least I know he’s a cheap date. 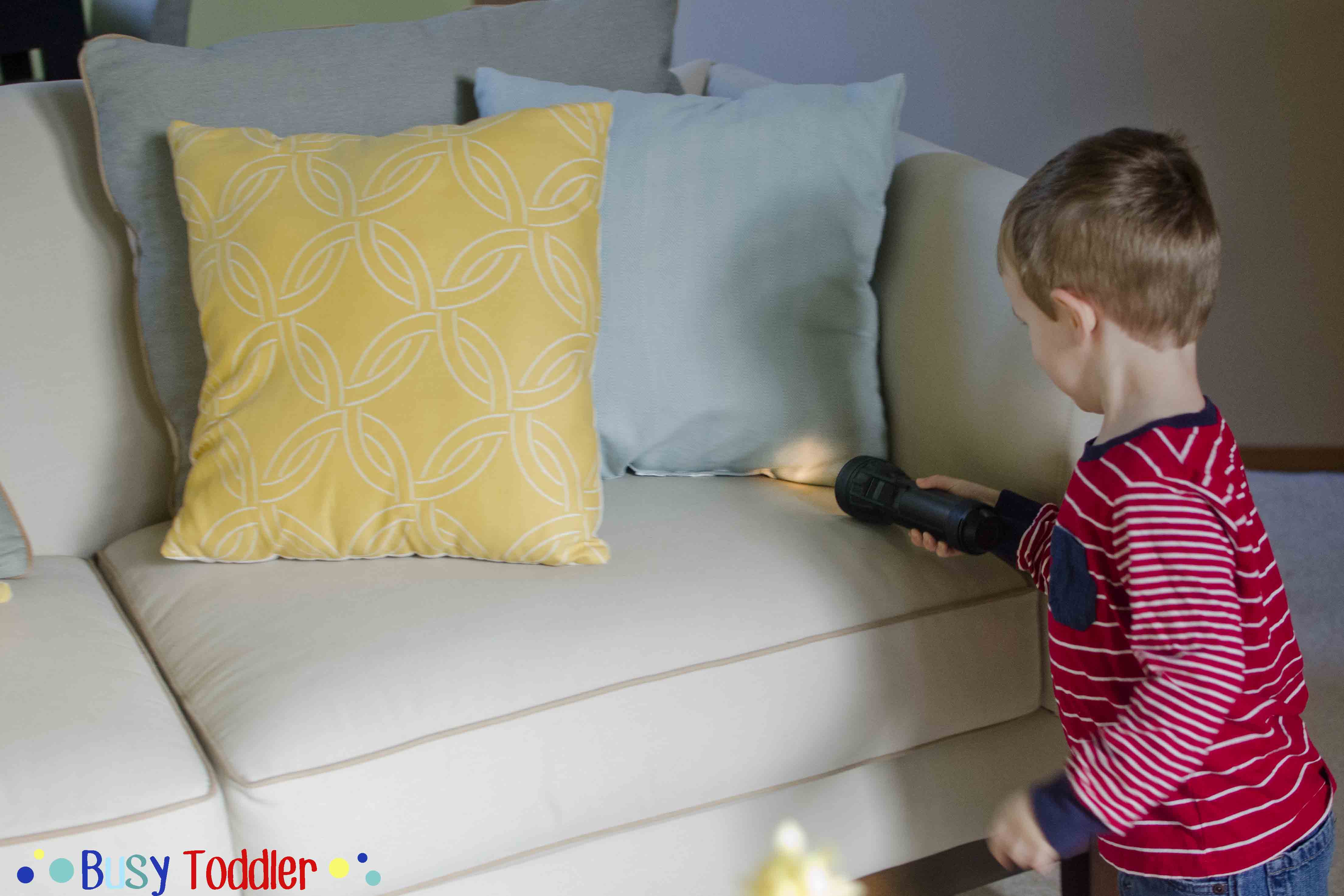 I stood him in the center of the living room and told him to “Flashlight find something….blue!” He’d survey the room, spot his blue prey, then shine the flashlight on it. He thought this was the greatest game we’d ever played together. 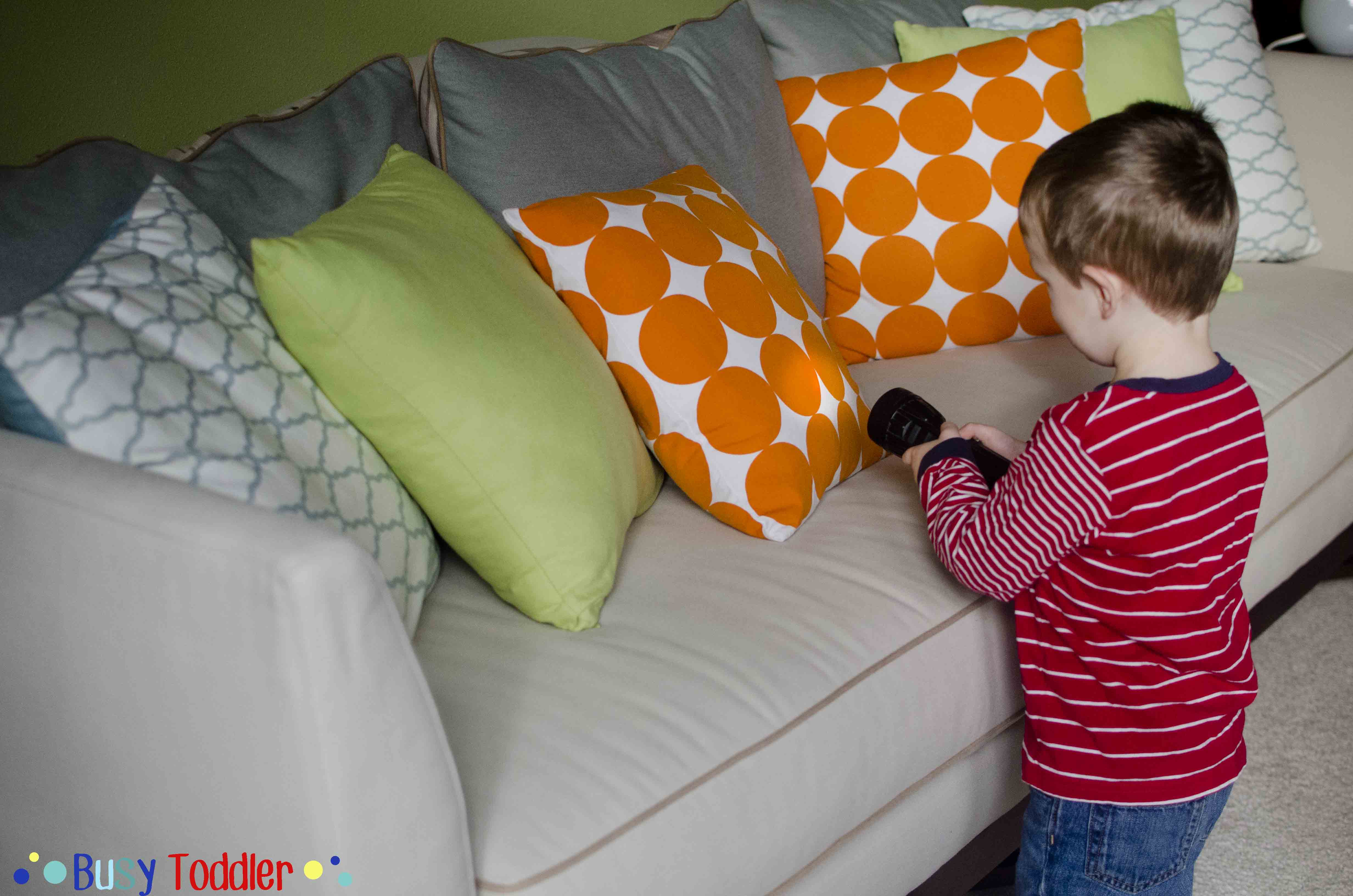 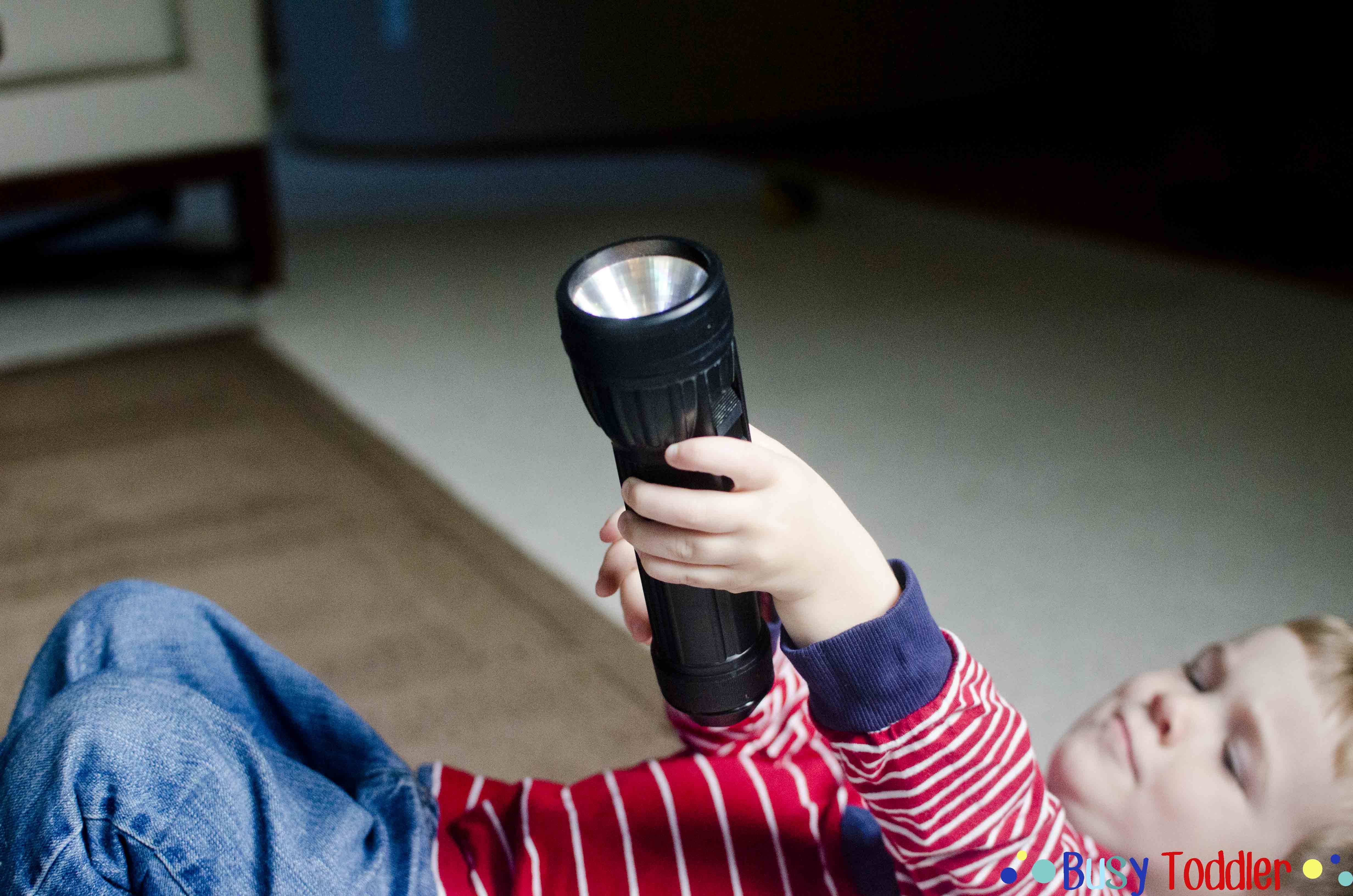 “Flashlight find something… brown!” (He pointed to the ceiling fan! I never would have thought of that!).

Basically, it’s I-Spy but with a flashlight so obviously completely different. This was fantastic for his vocabulary and because of his age (2.5 years / 29 months), I was able to get a little trickier than just finding colors (“Flashlight find something that smells good” “Flashlight find something that turns on”). I could totally see doing this with shapes, finding letters, or hidden toys later down the road. 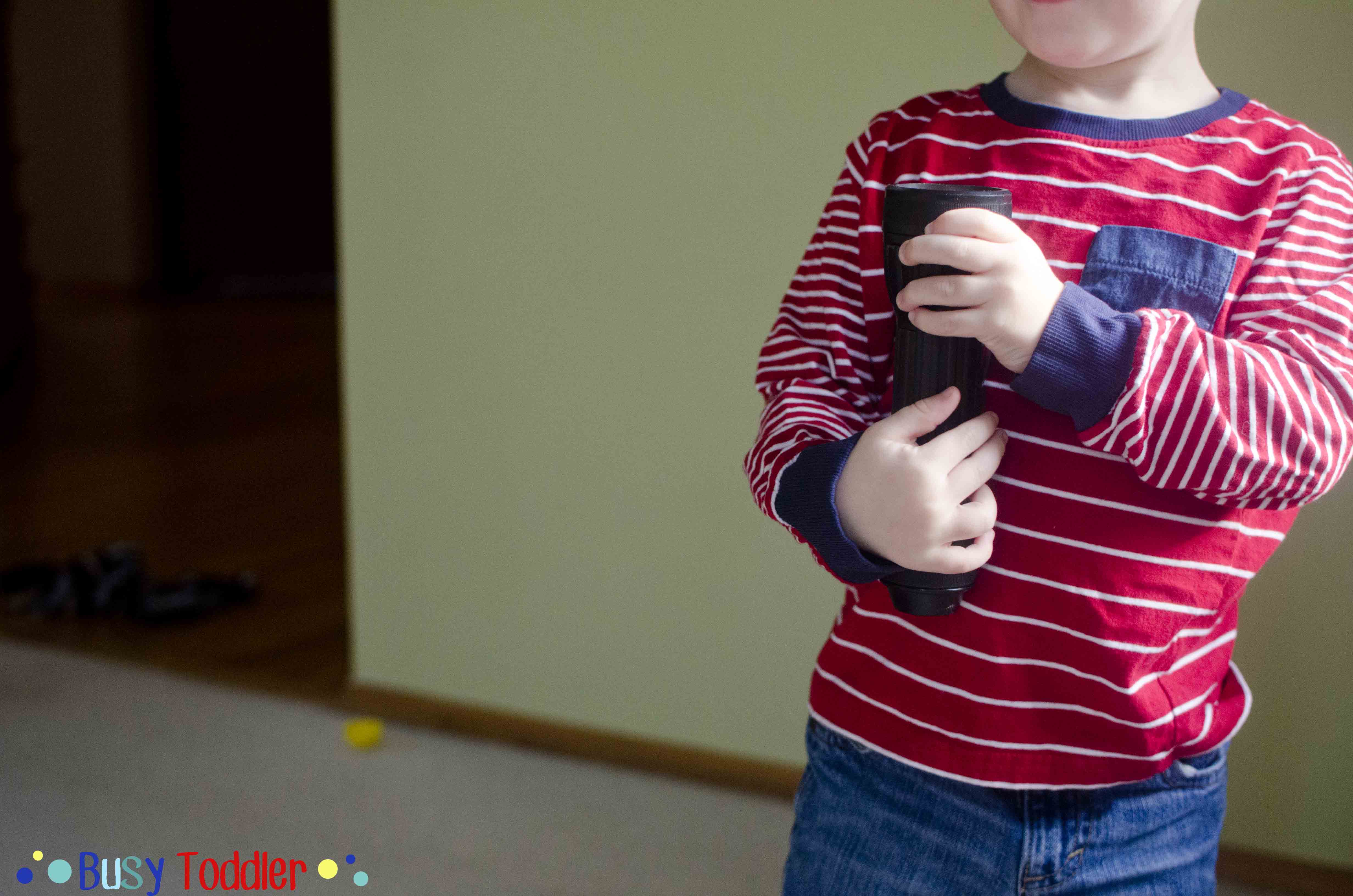 Sam loved this and we’ve played it for days now. We actually ran out the batteries on the flashlight and need more – that’s how fun this was. This would be a great activity for a mom with a newborn, a sick mom, or a mom looking to rest a few and “referee” a game from the couch (like me when we first played it). 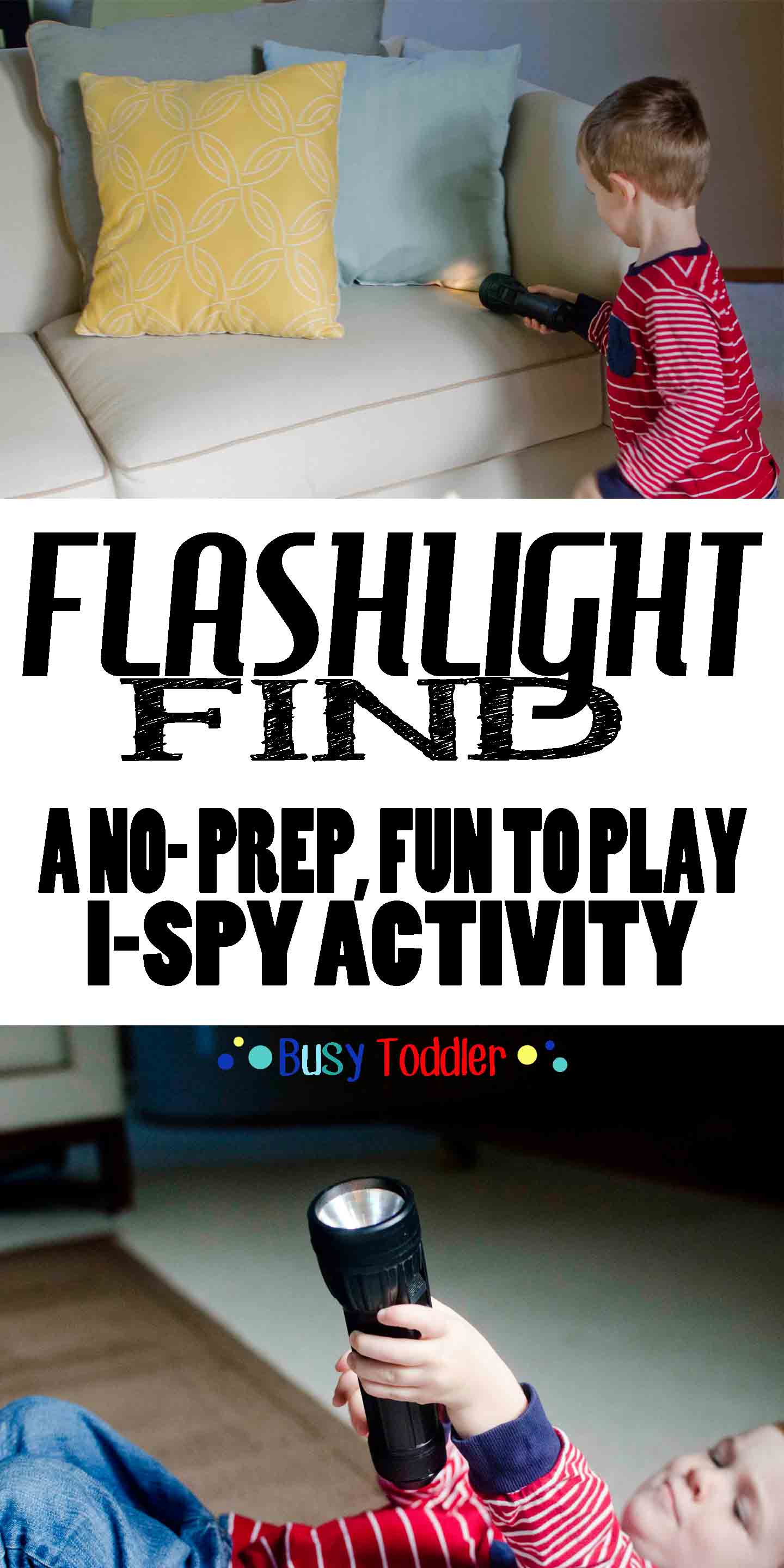