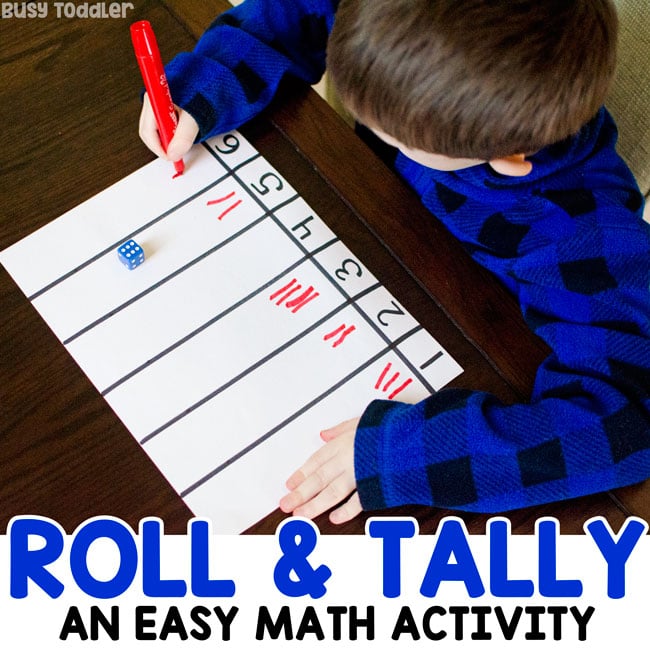 Nothing like a little probability and statistics activity for preschoolers! Don’t worry – we aren’t going to that level with this activity but I will tell you that this dice math activity has years of learning life in it.

Wondering how I teach my kids each day? Have a look at Playing Preschool, my 190 at-home activities programs! 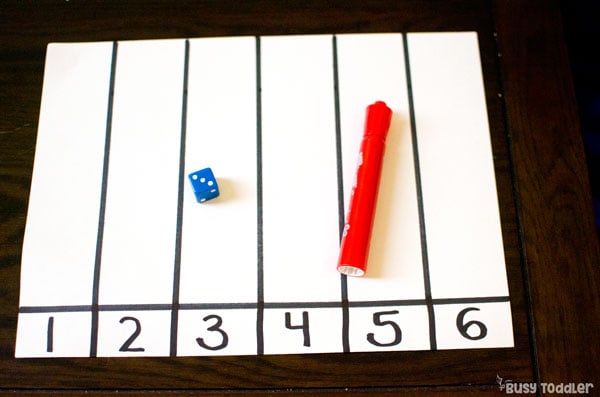 A math activity for the ages

The root of this dice math activity is simple: roll and tally.

But trust me – this activity is so much more than just rolling and tallying. 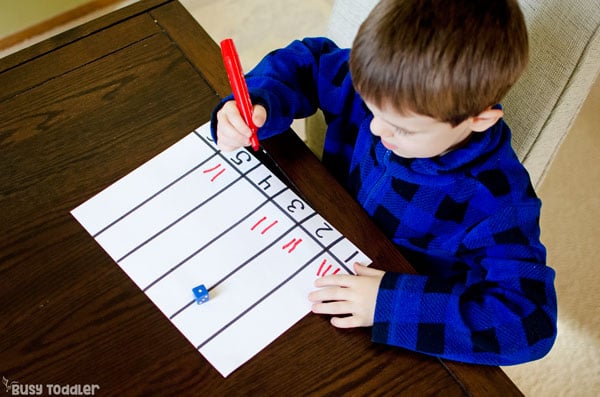 I set this activity up for my 4 year old

And it was the perfect level for him. His three year old sister hung around to help and watch – and did learn a lot from it too – but just couldn’t quite be as independent as her preschooler brother was.

His job was to roll the dice and keep track of which number came up.

It’s as simple as that but also as complex as that.

RELATED: Have a toddler at home? Check out these easy toddler math activities! 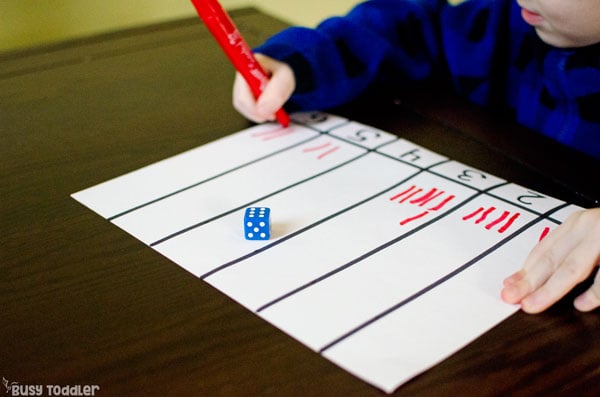 And you only need a few materials

Dice activities are always a hit over here so I knew this one would go so well! I started by making a really simple chart for my son to use. I drew space for him to keep all his tallies in order and away we went. 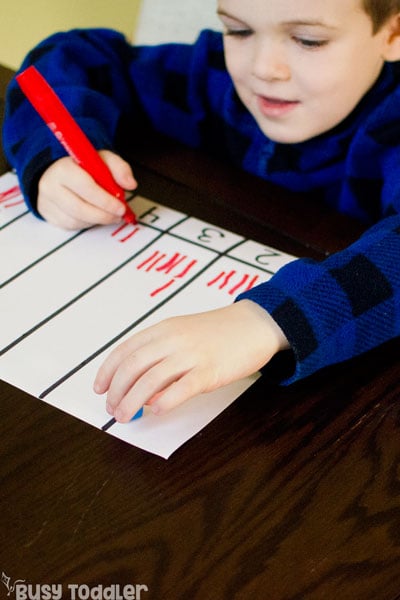 Kids learn so much from this dice math activity. 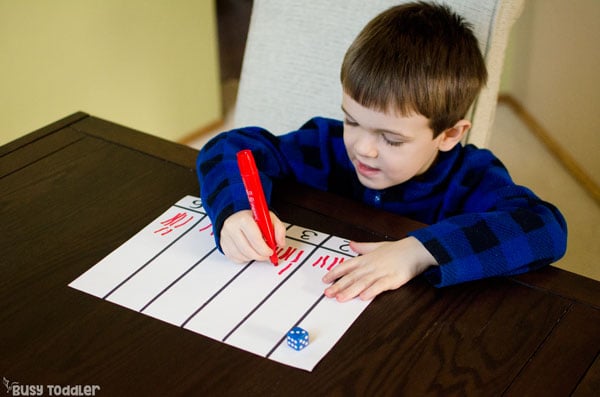 But what he’s NOT learning… he’s not actually learning about probability and statistics because I didn’t call his attention to it even though that is exactly what’s going on in this activity.

Later in his schooling, I’ll introduce the concept of probability and the 1/6 odds of rolling each number but guess what? That’s maybe a little much for a 4 year old so instead….instead we worked on rolling a dice and keeping track of our rolls. 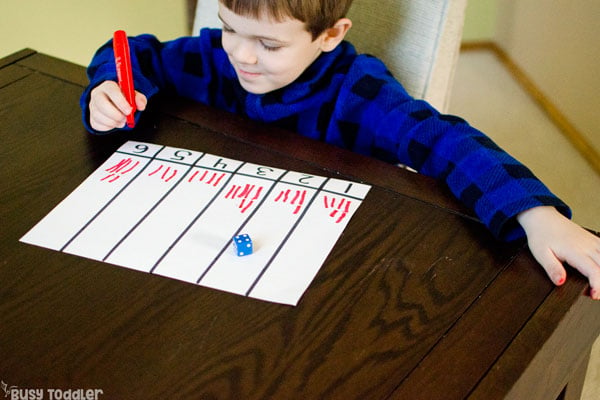 This held his attention for days…

I’m not kidding. He left this on the dining room table and came back to for 4 days straight until he had filled up the paper.

Over the four days, he rolled the dice more than 200 times! 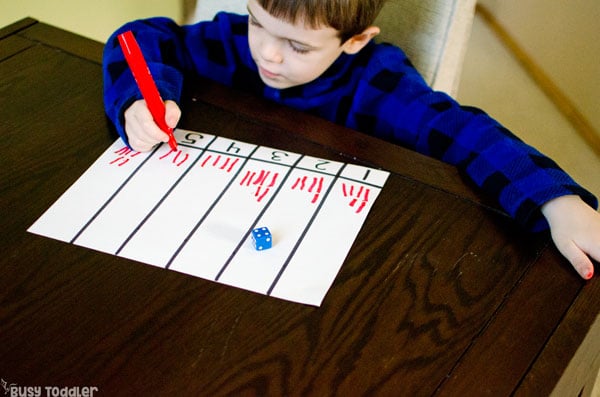 Like I said, he got so obsessed with this activity – and how cool is that? Who doesn’t want a kid to love a math activity so much they’ll play it for days?

Setting up the dice math activity was beyond easy, but the amount of learning packed into this activity is anything but simple. My preschooler did so much work in Roll & Tally but guess what? He’s already asking for a bigger sheet and to throw two dice…

When will you make this dice math activity for your kids? 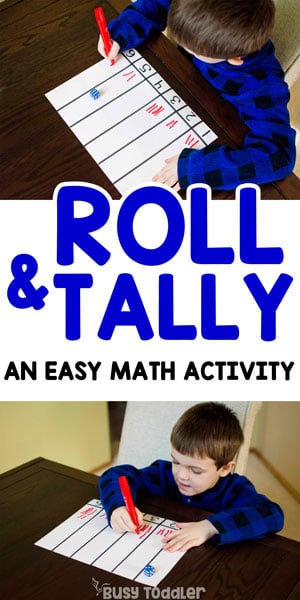