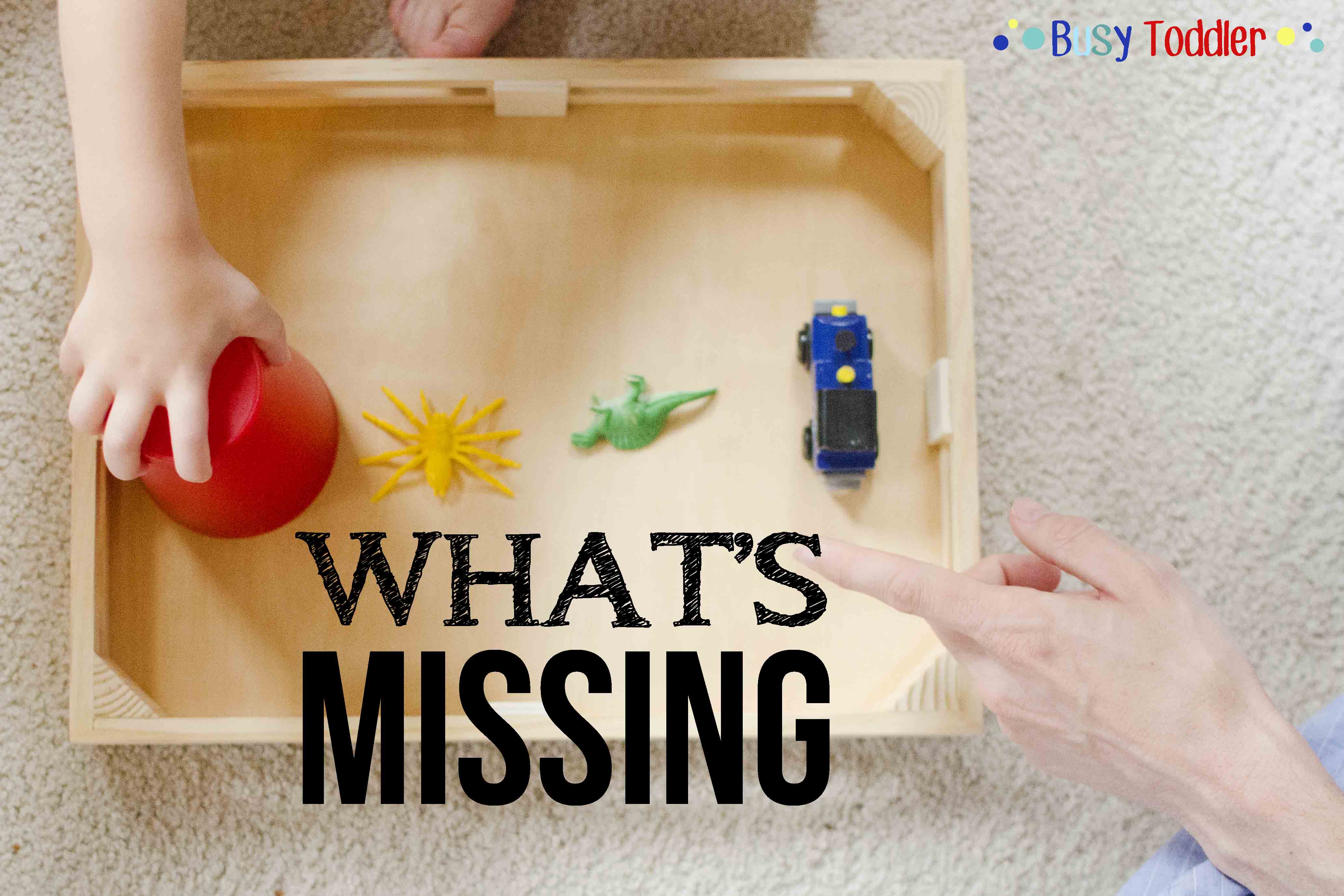 Sitting in a restaurant with an antsy toddler? You should be playing What’s Missing.

Need a no-prep, high fun game to play with your toddler? What’s Missing is what’s missing from your day (oh that joke was awful but I’m too lazy to go back and re-write it, so we move on together…).

This is an amazing toddler activity and one that you need to add into your repertoire. What’s Missing is what I call a “high rate of return” activity. It takes basically zero seconds to prep and buys you tons of quality focused time with your kiddo.

Here’s how we play:

I set up three to four items on a tray. Each item is something my toddler is familiar with and has a word for. I began playing this with him right when he turned two. At that time, corkscrew and tuning fork were not items I was going to pick for this game. He didn’t know those items and he couldn’t name them so they weren’t right for this game. Bottom line – Your toddler does need to have some verbal skills to be able to play. 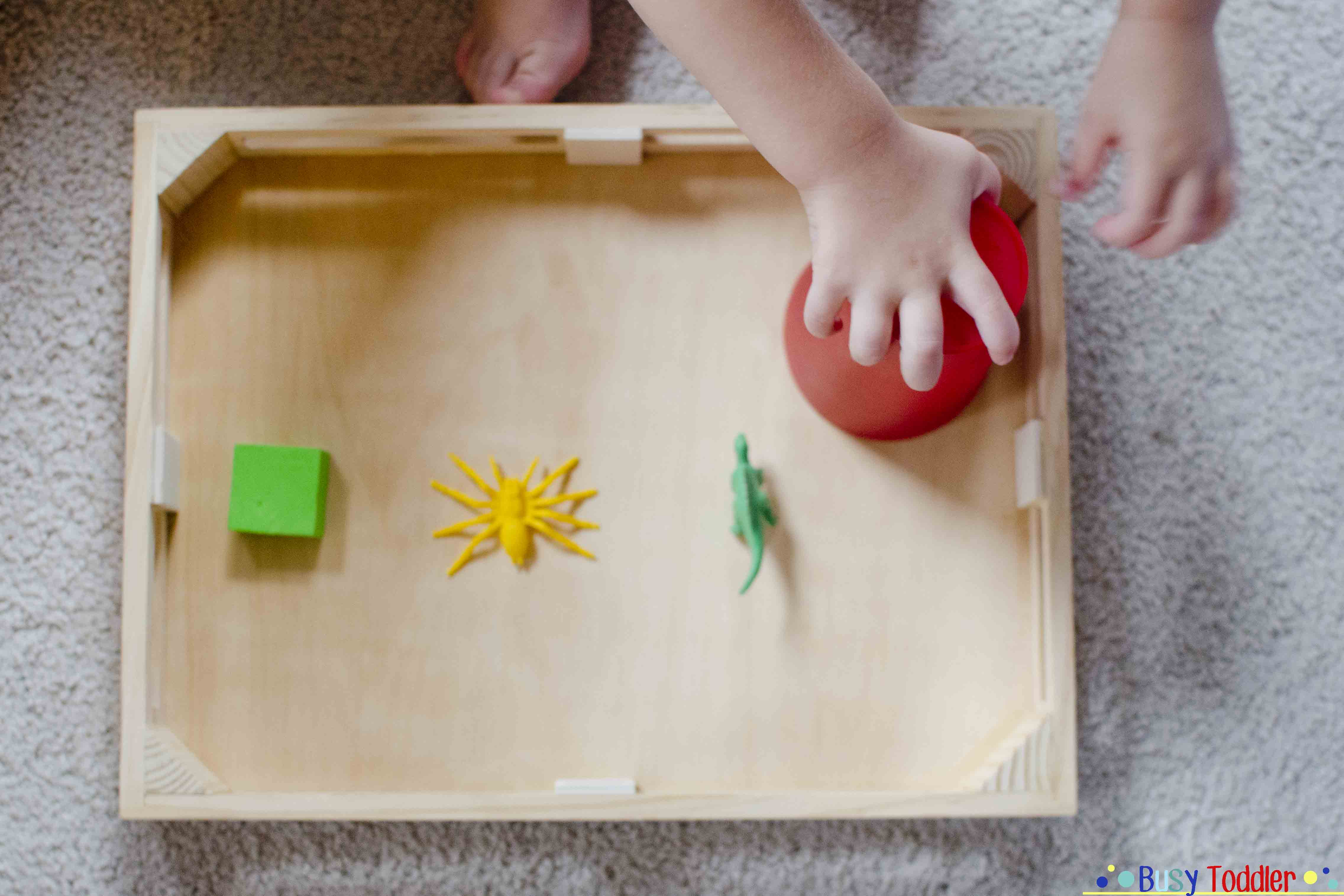 In the photo above, this round (round 15 of the morning?? seriously, he could play this forever…) was block, spider, dinosaur, train. Here’s how the round goes down:

I wish I could bottle his giggles when he’d open his eyes because he was all smiles each time. It was magic to him. For some reason, he just laughs so hard trying to remember what’s missing/hidden under the cup.

We play a few times with each set before I select a new set of items.

Here’s the best part: We play this all the time and especially at restaurants. It always buys us that last five minutes before the food comes – you know, just before the meltdown begins. Salt, butter, fork, iPhone…. What’s Missing? It save our bacon every time.

Other best part: I know this game has longevity so we will be playing it for years. It’s an old game from the kindergarten math curricula I used forever ago and even my six year olds would go nuts for it. This game has so many skills in it: memory, taking turns, patience, vocabulary.

It’s a winning toddler activity and one you need to be playing. 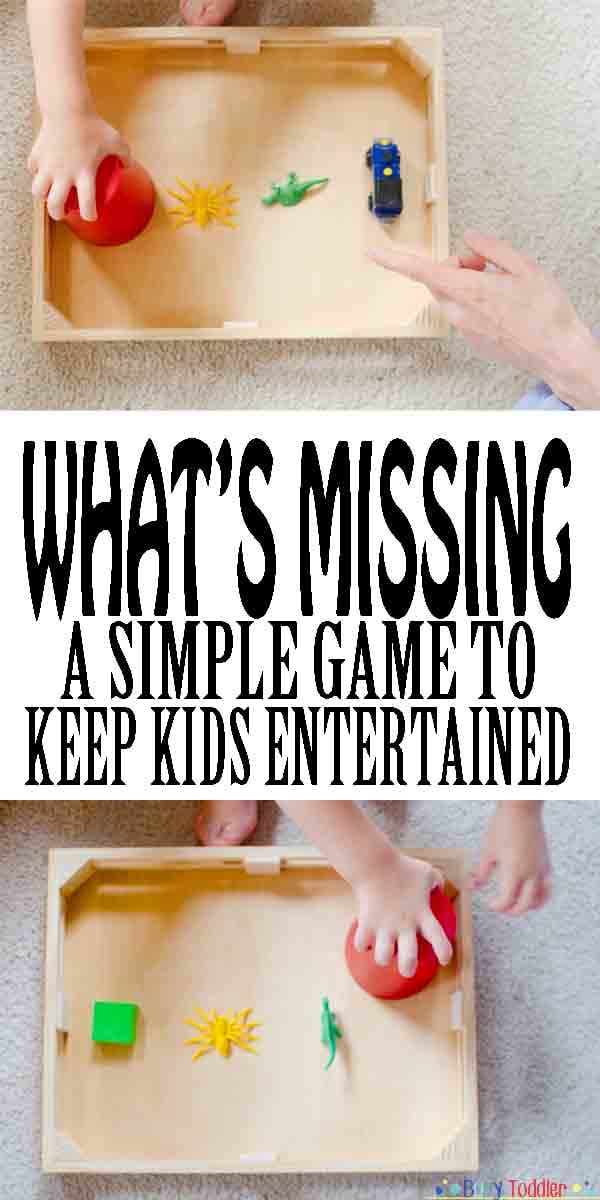