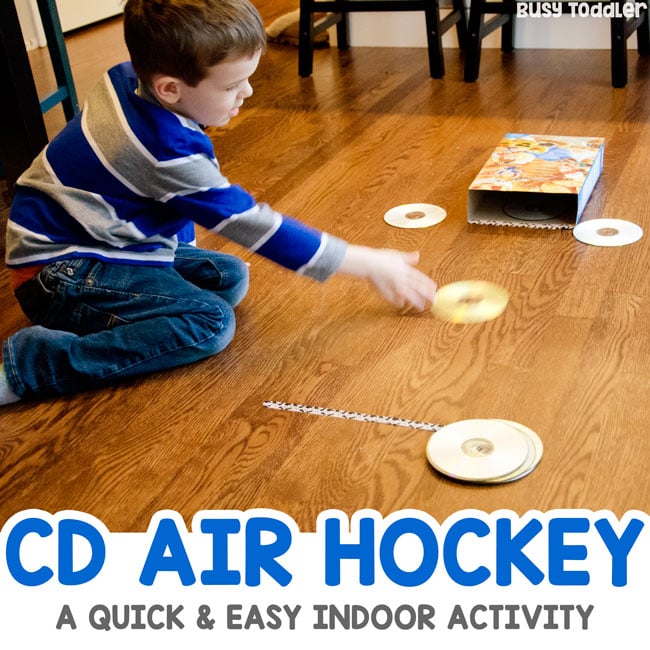 Do you have enough old CDs to play CD air hockey?

DISCLAIMER: No late 90s ‘NSYNC CDs were harmed in the making of this activity. I just want to clear that up for anyone reading this and concerned about my substantial collections of boy band CDs. Those precious gems were NOT used for CD Air Hockey…

I cannot be the only one who has a giant stack of old CDs lying around the house – so many half used or scratched CDs from a world before The Cloud. It was a simpler time when Internet minutes came on discs and you could burn some sweet mixes. But that was then and this is now.

RELATED: This activity is part of a 5-day series “Toddler Winter Games“. 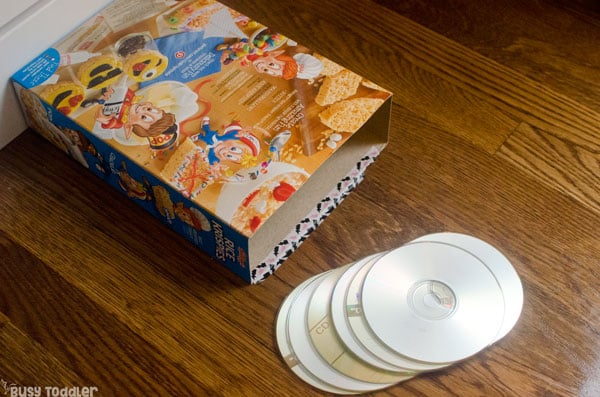 My toddler invented this activity.

Well, he WAS my toddler, now he’s my 4.5 year old – but he inspired this activity when he was 2 (that’s when we started playing this). In classic toddler form, he was constantly getting into a drawer I wanted him out of, grabbed a handful a CDs on his way out, and started whizzing them around the kitchen floor.

Reminded me so much of air hockey.

But the only thing missing was a goal. 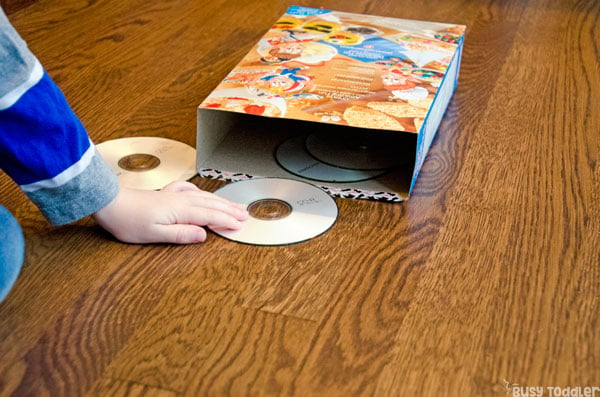 So of course, I started dumpster diving.

Well not super dumpster diving and not even our dumpster – just the recycle bin for a cereal box.

I cut the front flaps off the cereal box taped it to the floor. Taping it was key! Otherwise the box moves and/or there a lip separating the floor and the box – the CDs won’t slide in. But with the tape: it’s money. 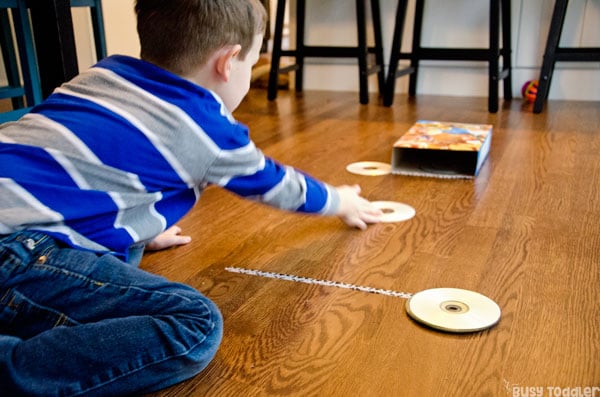 I set my son up his target with all his “pieces” aka blank CDs that I’m never going to use. The way he shoots them along the floor looks just like CD air hockey, hence the name of the activity.

I’m doing a great job raising him and preparing him for all future arcade gaming. 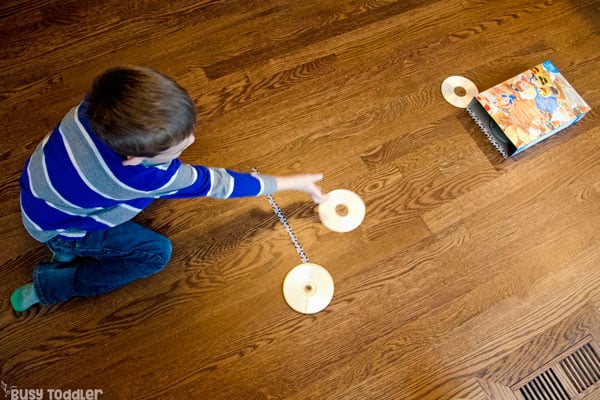 Once he filled the box with CDs, it was easy enough for him to pull them out and start his game all over again. That sort of self-restarting is exactly what I’m looking for in a toddler activity. Let’s here it for a little toddler independence.

And this is actually a really great activity for him. He’s working on: 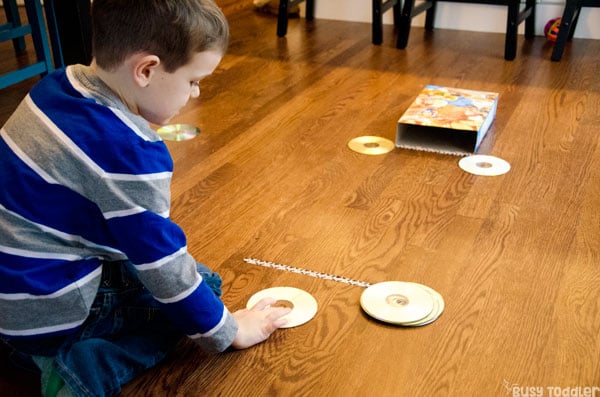 CD Air Hockey was a great activity for us. I loved the gross motor skills at play and the hand-eye coordination to glide those CDs along the floor. Plus, it was kind of nice to have a trip down memory lane and get out all those old CDs. Excuse me a minute, I need to crank up “Bye Bye Bye”.

Do you think you’d like to play CD Air Hockey? 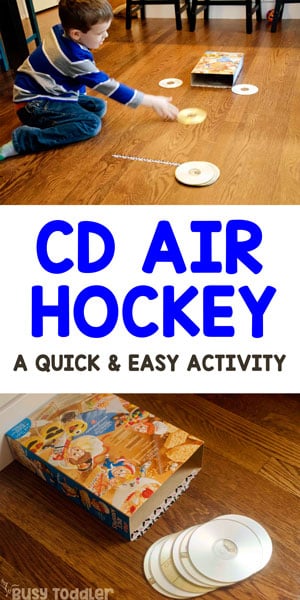