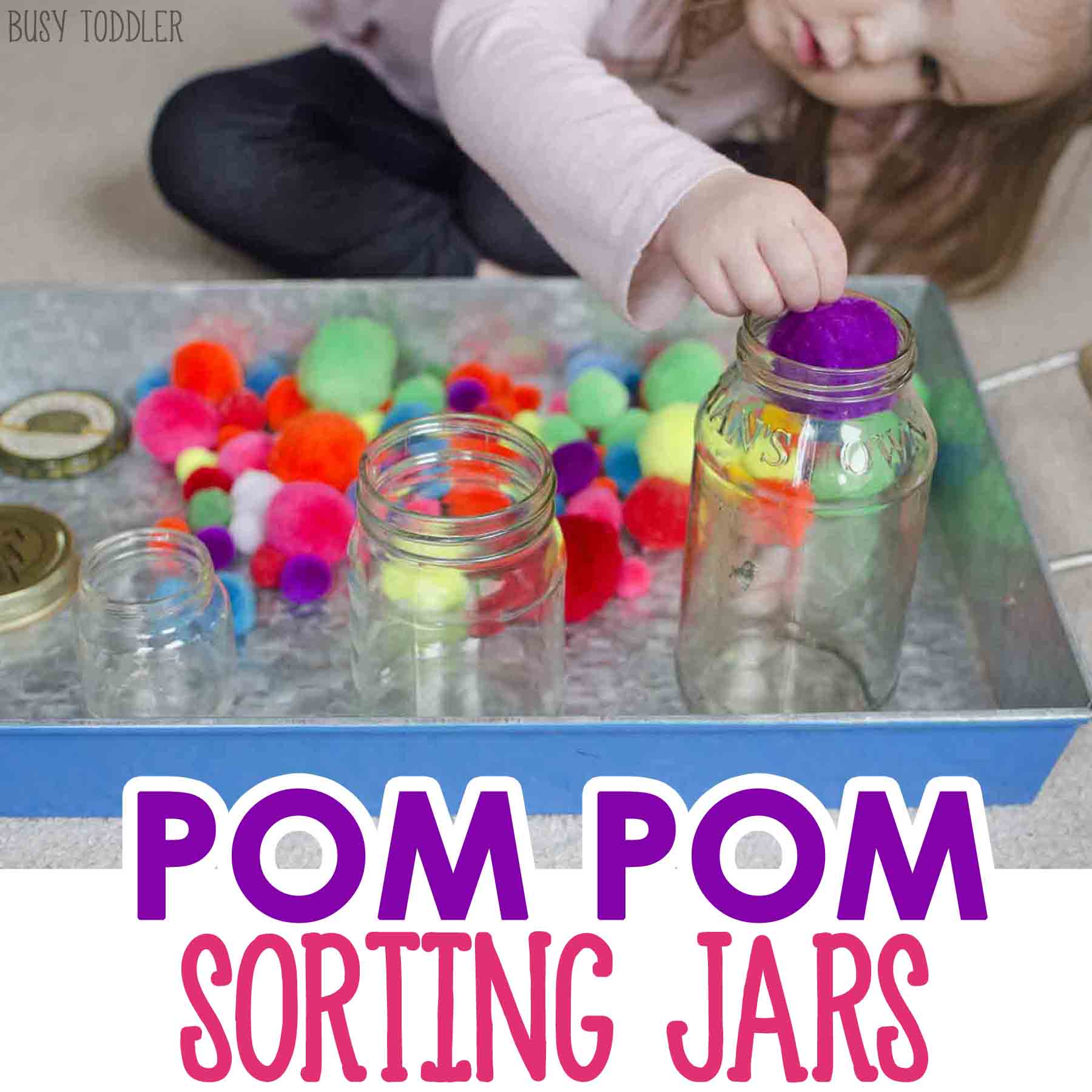 An easy activity for the pom pom addict in your life

It’s not like I don’t know my way around a good pom pom ball activity – I’m full of them. My son went through a pom pom ball phase at this age too.

So for her (26 months old), I’ve been busting out the pom pom balls left and right because, well, when you find something that works…go for it often. 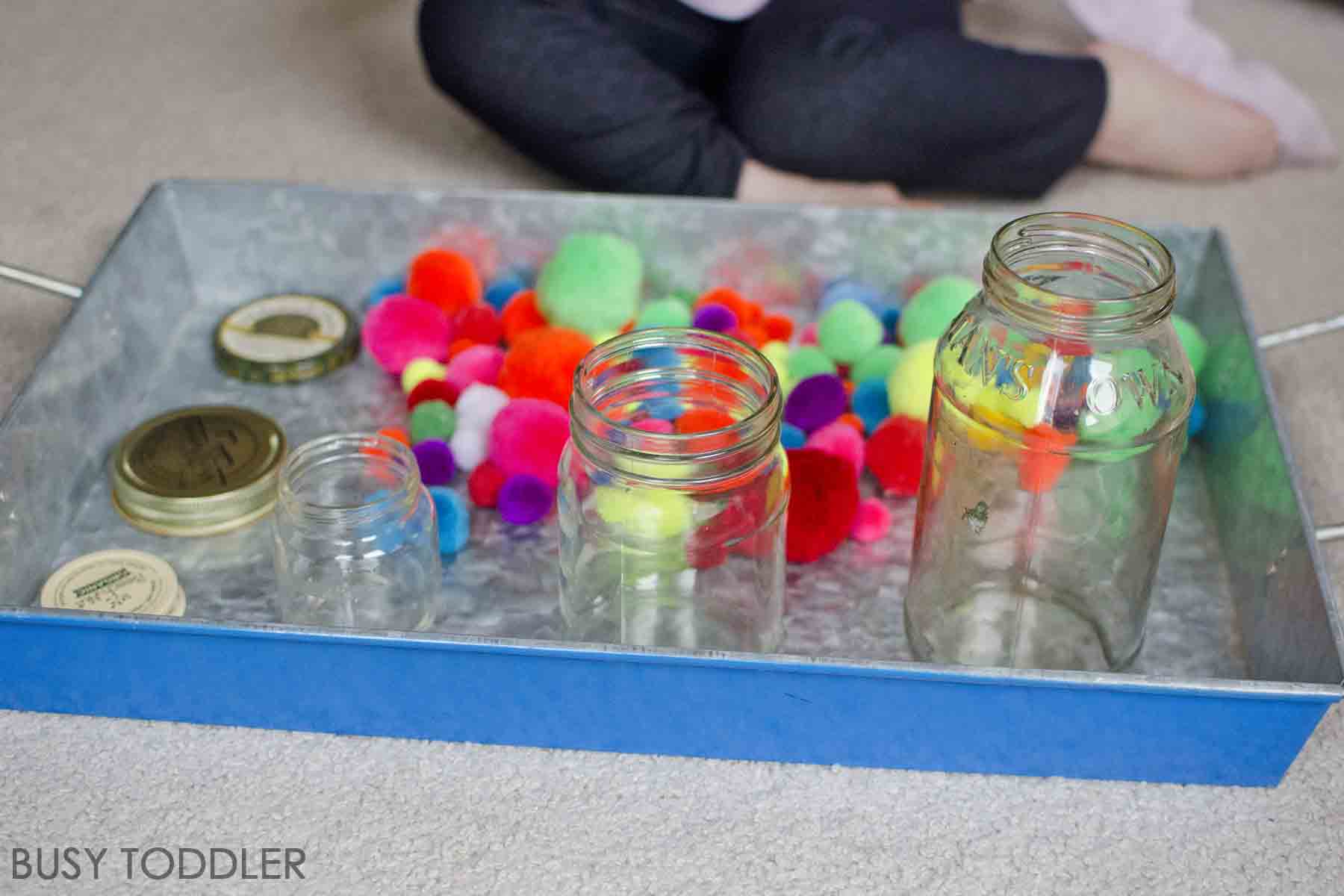 No it’s not. That was a joke. Sarcasm on the Interweb. 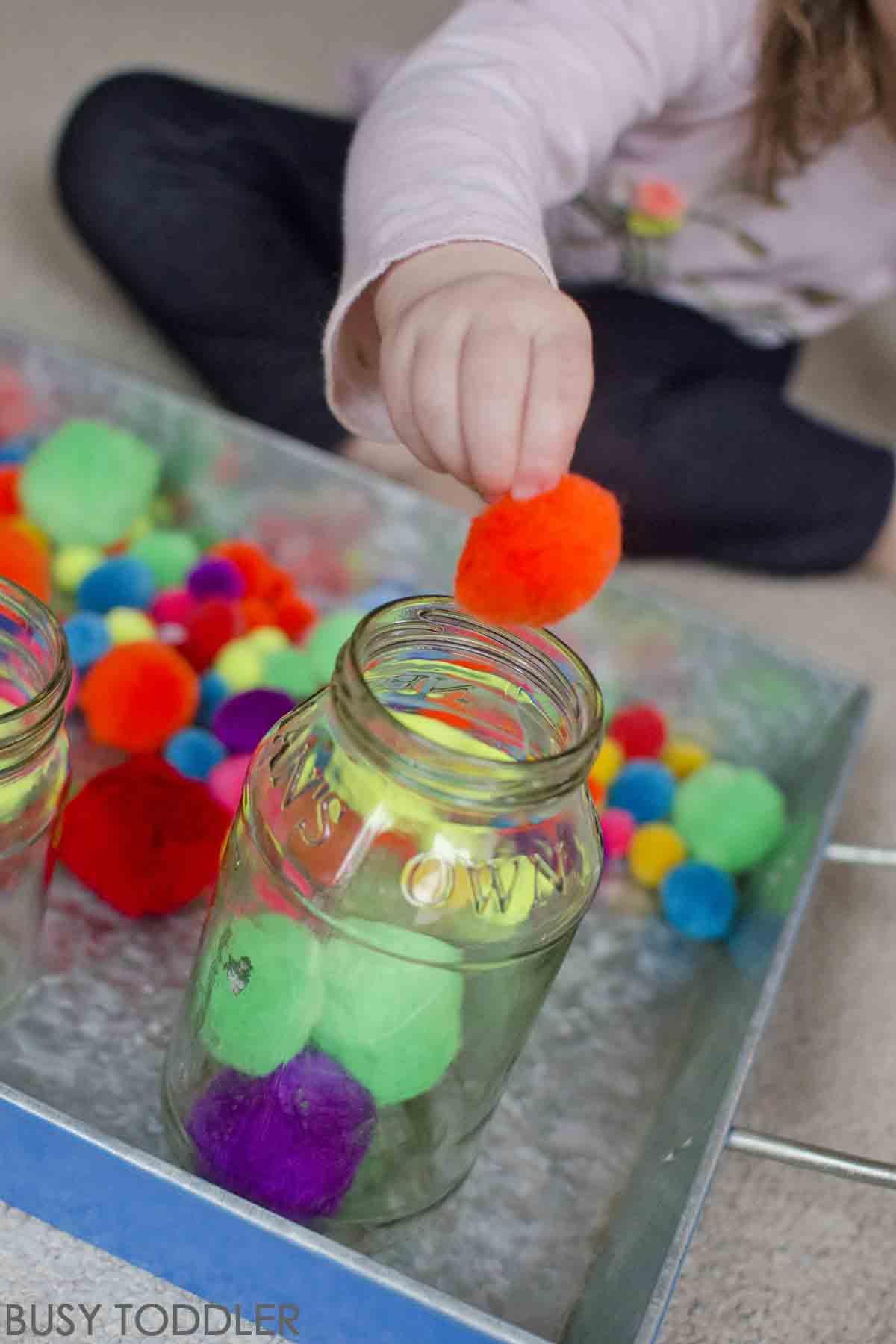 At the end of the day, my daughter just wants something to do with pom pom balls. She wants to play with them, learn with them, and have all the giggles with them.

Since she’s working away on her sorting skills, I thought for this round of “what can we do with pom pom balls”, she could sort them into jars.

Sorting is such an important skill for toddlers. When a toddler is sorting, they are making decisions, analyzing data, and grouping by attributes. Sorting is powerful!

So for this sort-a-thon, I asked my daughter to skip sorting by color and go for a different attribute: size. 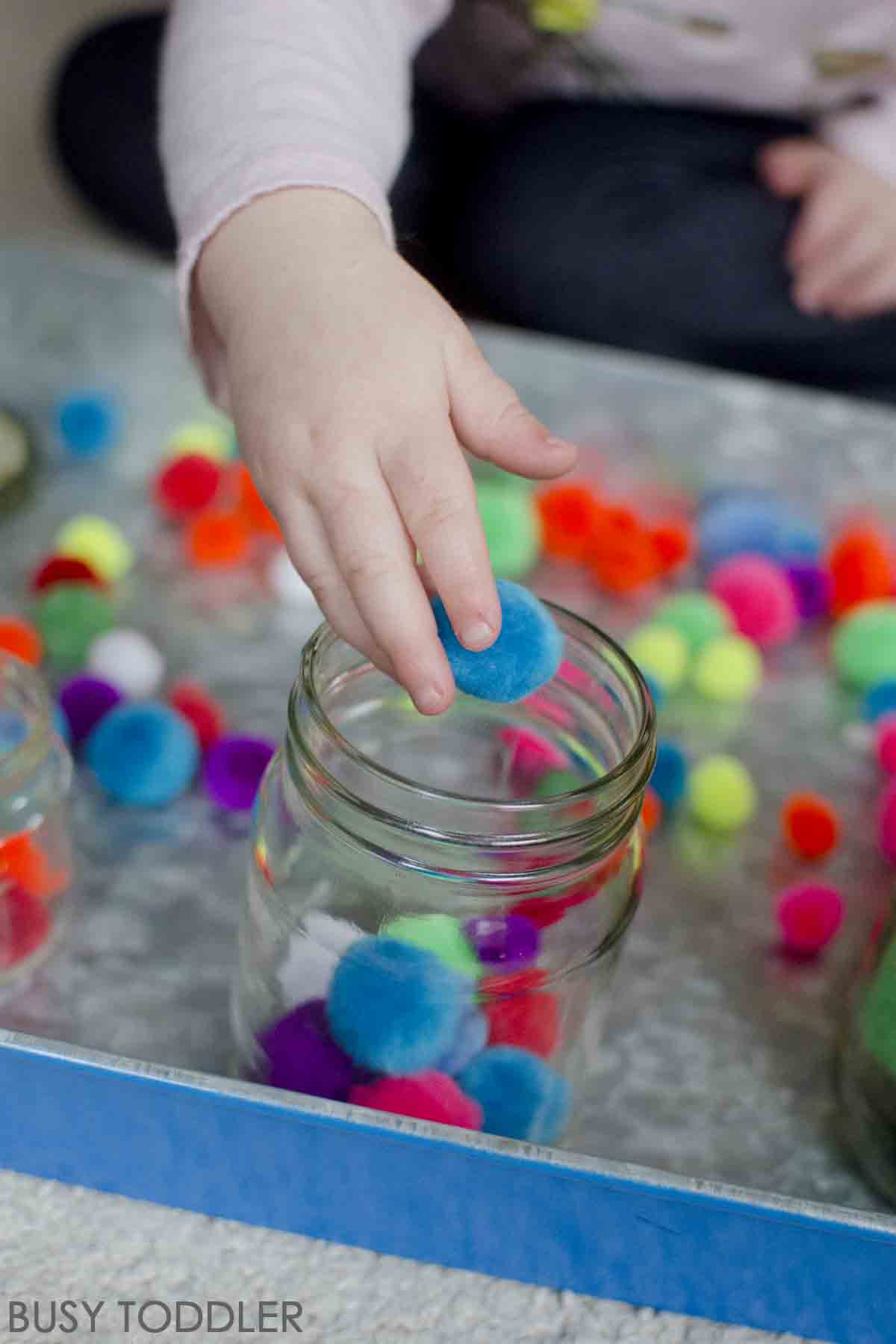 Sorting by color is great but…

…But sometimes we forget that there are other ways to sort! Size is another great option for beginning sorters.

We also used this as a mini vocabulary lesson to talk about the size words: large, medium, and small. 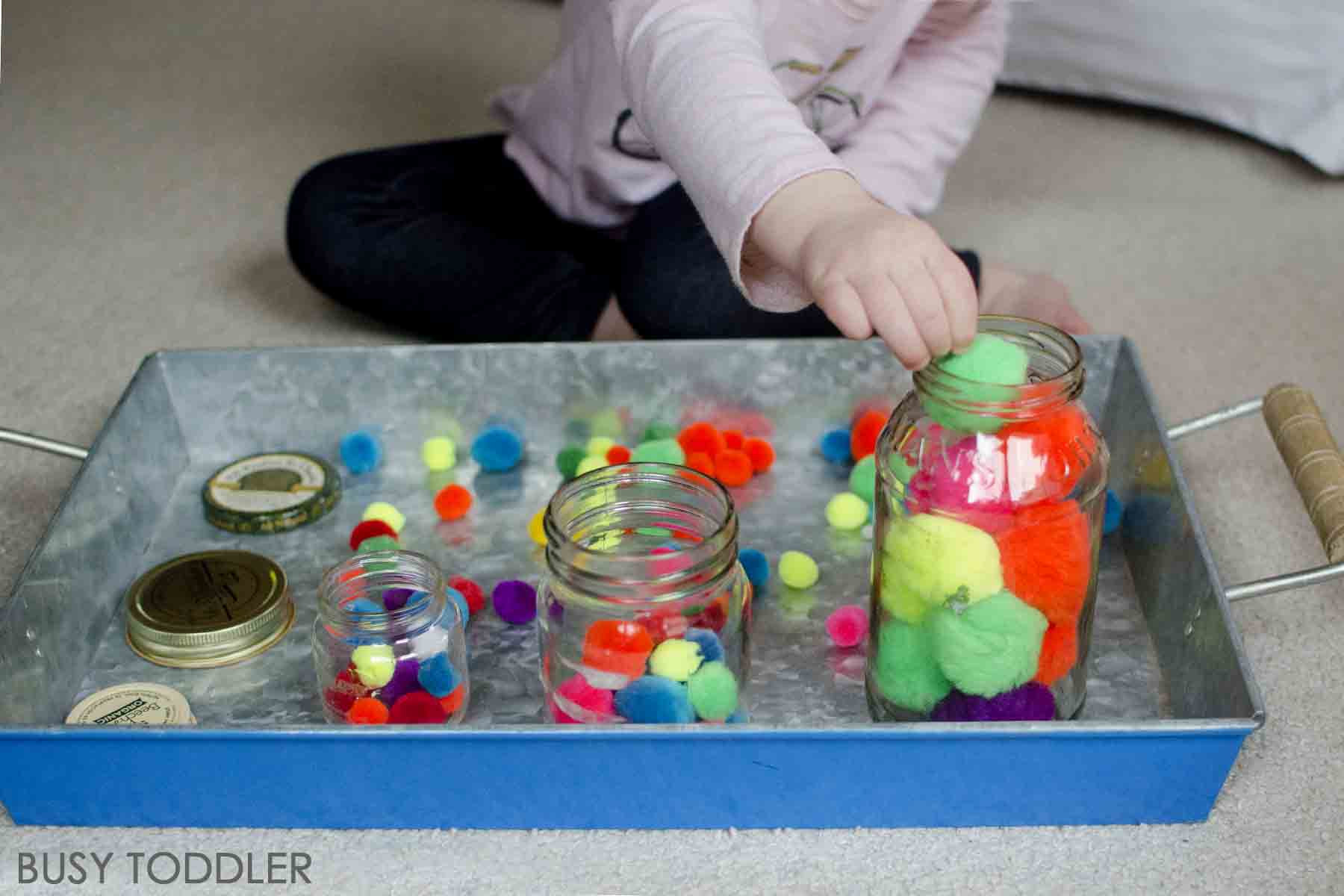 In the end, she played for so long!

When all was said and done, I dumped these pom pom balls on a tray, set down the jars and gave her a 5 second mini lesson on size.

Then I sat back, watched, and let her go to town.

Once she finished sorting all those pom pom balls, she quickly dumped out the jars and started again. Pom pom sorting jars, for the win! 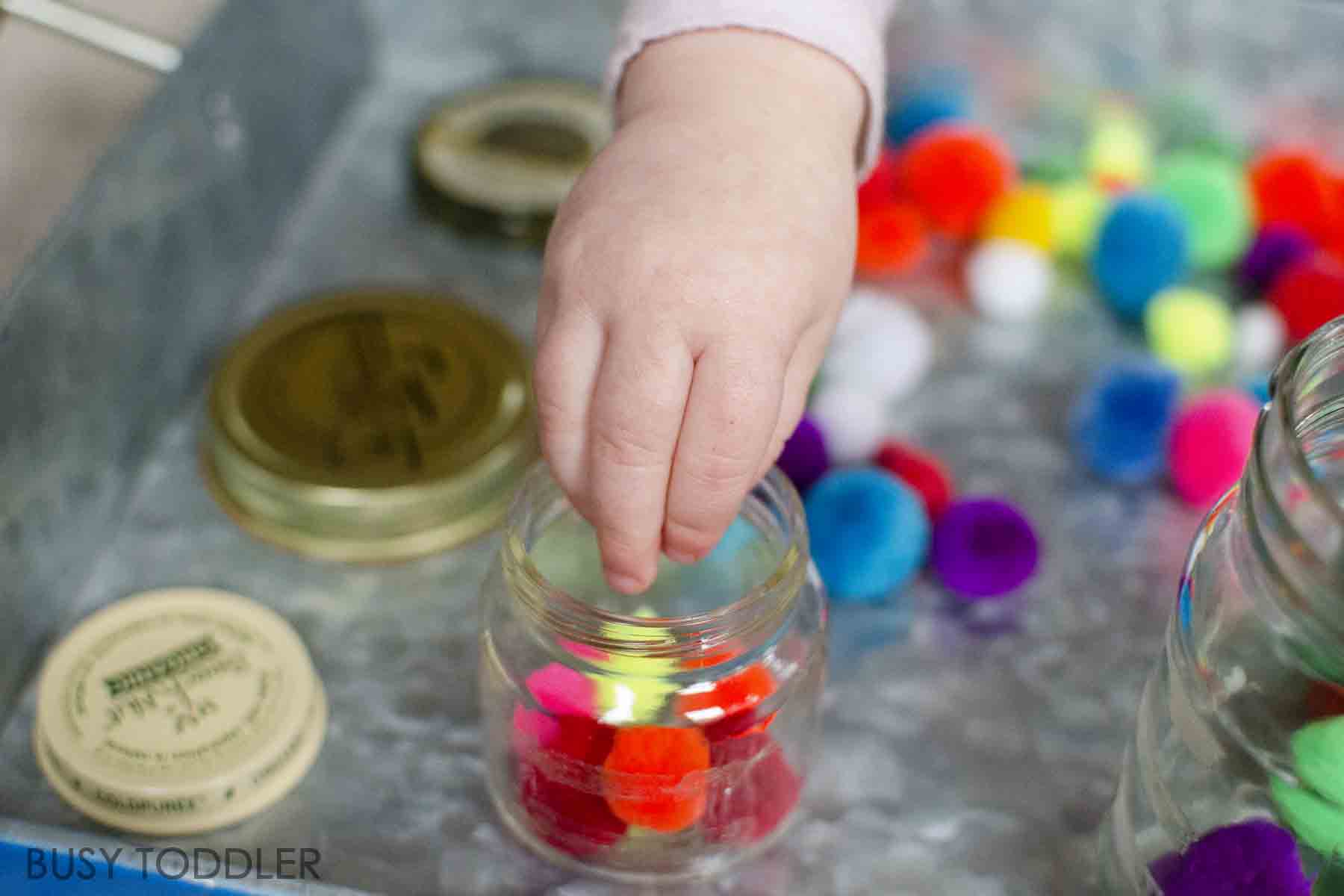 Actually, she restarted this activity 3 times!

I loved these simple pom pom sorting jars because they really were a quick and easy “instant activity” that my 26 month old could enjoy. She got her pom pom ball fix and I got a few seconds to breathe. Now that’s a win-win. 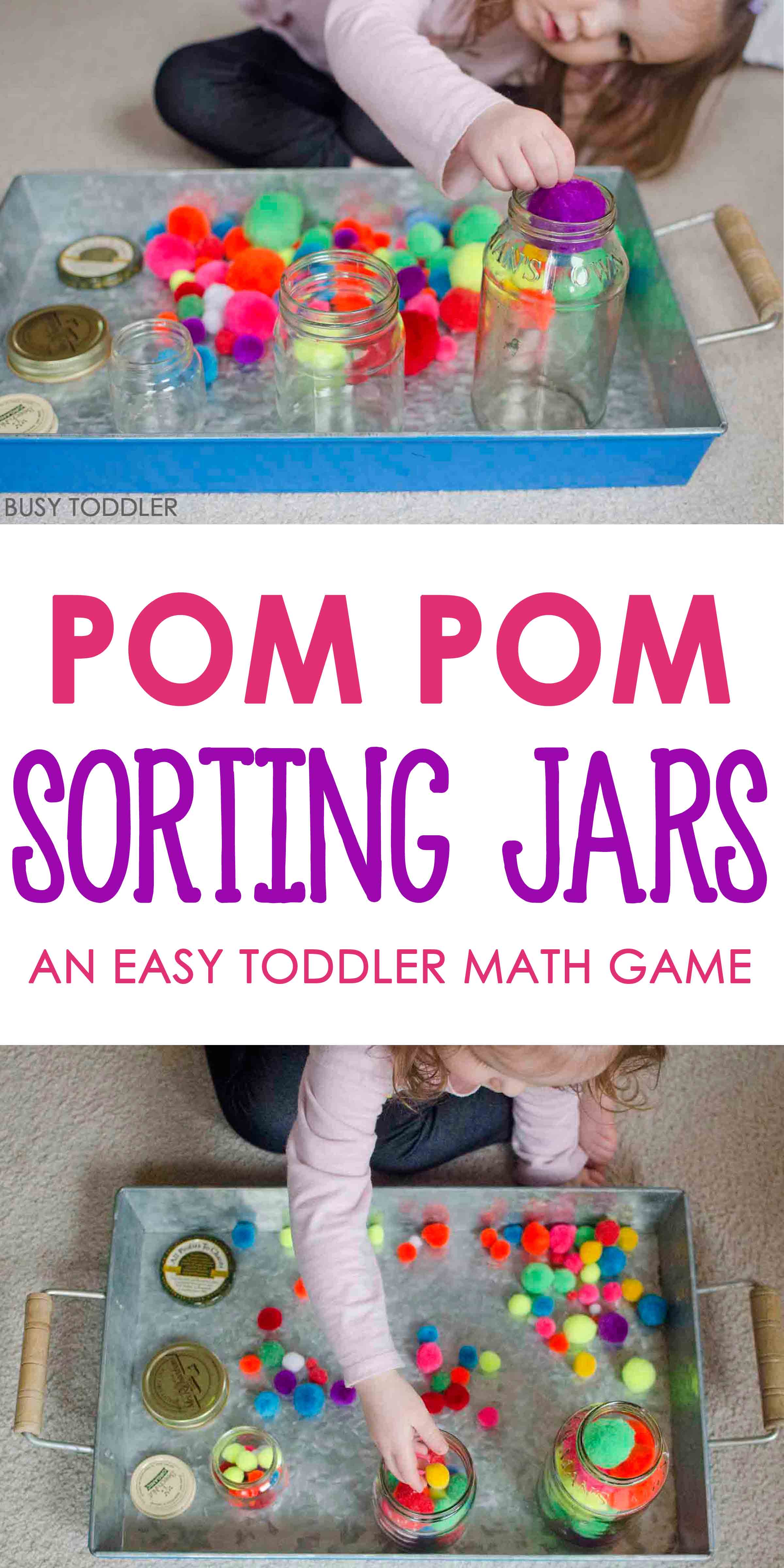 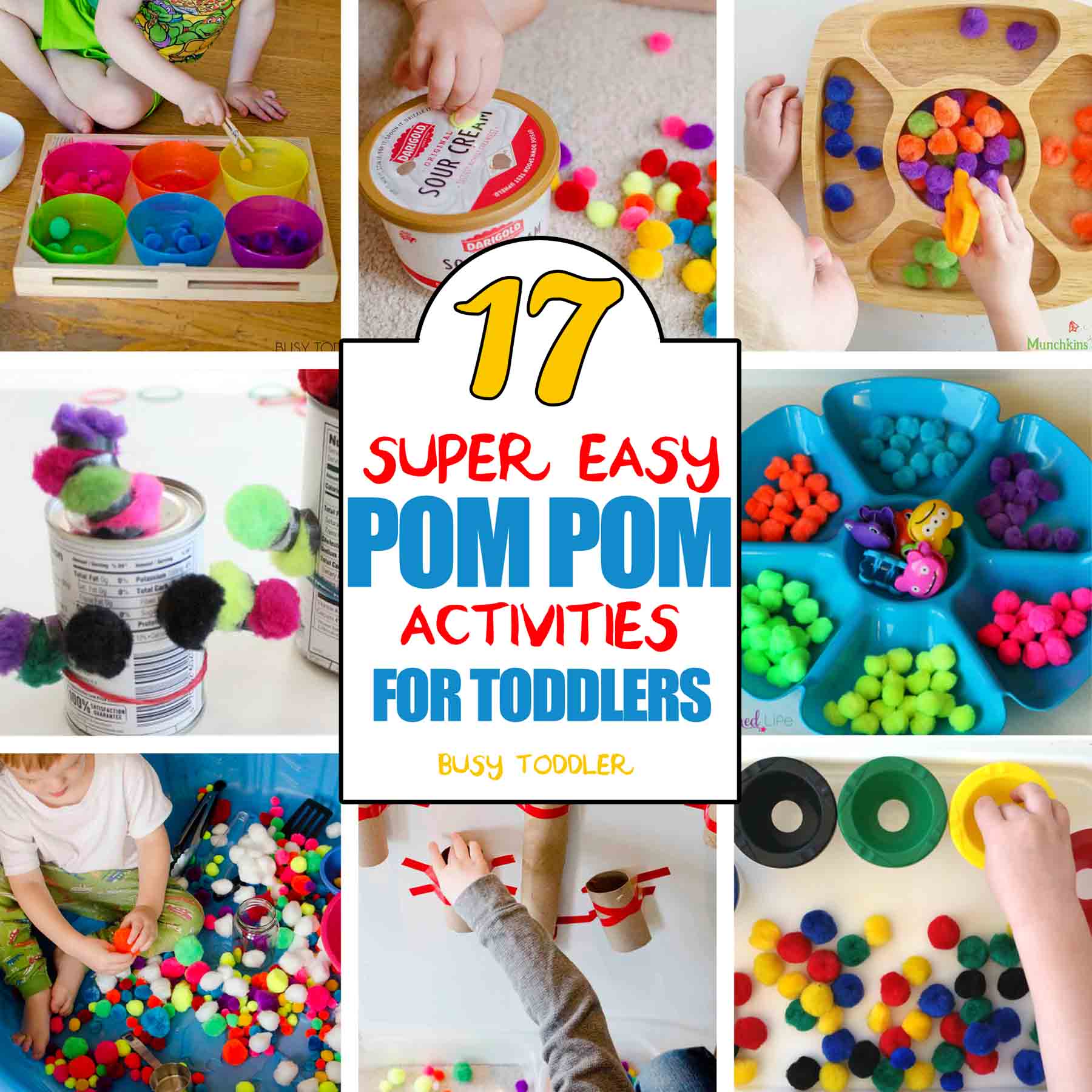