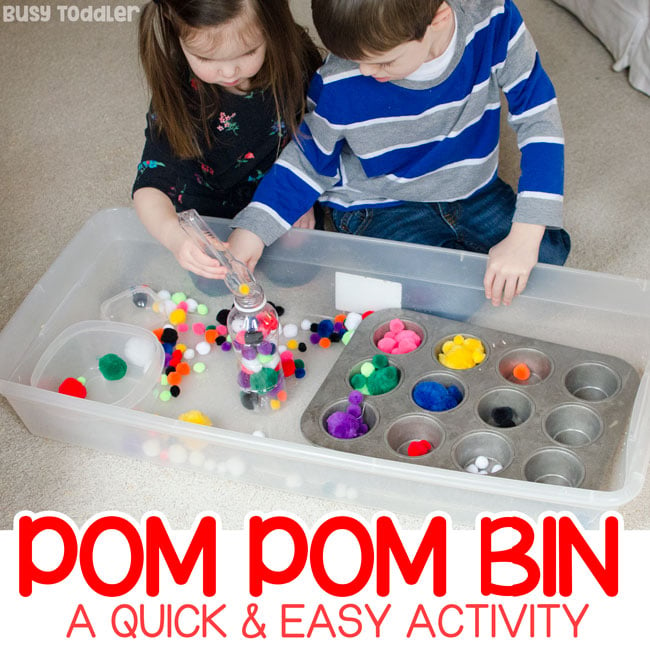 You need to make a Pom Pom Sensory Bin.

Pom pom balls are where it’s at. They’re everything in the world of kids activities: they can be a math tool, a fine motor skills tool, a tool for keeping your taby busy for five minutes. So what if we make a sensory bin out of just pom pom balls?! I did and it was amazing.

This pom pom sensory bin was such a hit for my kids and I’m so glad I took the whole 30 seconds to throw it together. 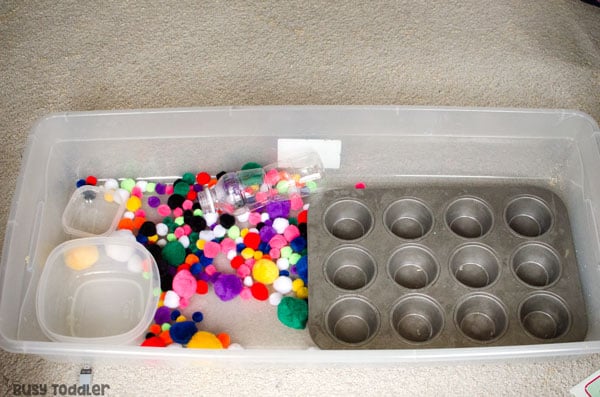 Pom pom balls are so awesome.

What is it about pom pom balls?

They invite so much play, so many games, so much imagination. I love sensory bins like nobodies business and I love pom pom balls. Add them together: perfection. 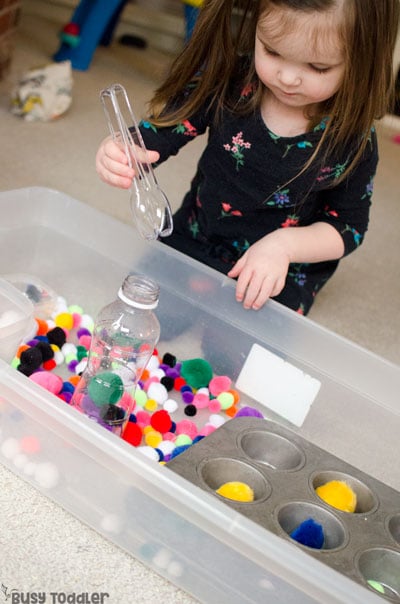 And it’s not like you need a lot of supplies here!

I took my bin.
I poured in my bag of pom poms.
And I turned the kids loose. 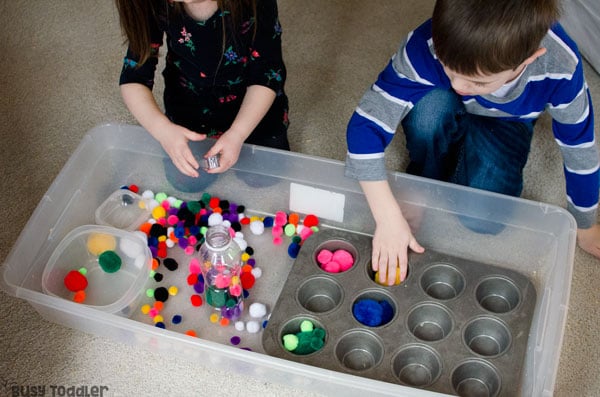 Here’s what I put into the bin.

I wanted to give a few play options – but also keep things open ended for my kids so they’d have the option to play anything with their pom pom bin.

I put in some containers, tongs, and a muffin tin, just for fun. 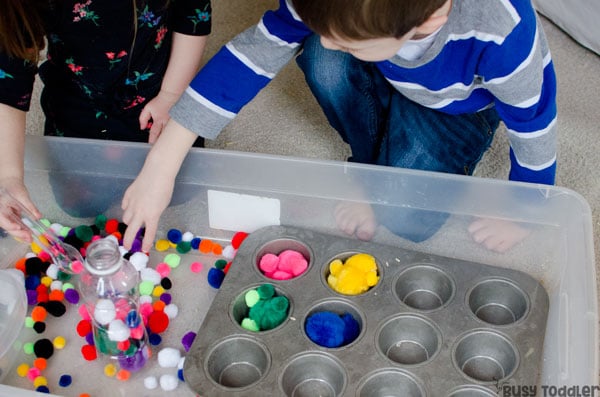 But for this sensory bin, they played apart from each other. And I was fine with it! They each played what they wanted to play.

My three-year-old instantly grabbed the tongs and started methodically filling the containers. Which totally fits her personality. She loves activities like that. 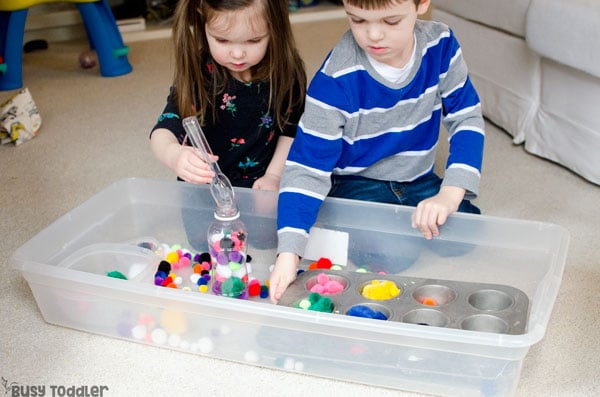 My 4.5 year old began carefully sorting the pom pom balls into the muffin tin. Which totally fits HIS personality. He loves organizing data (which is exactly what sort is!).

Make the bin fit your kiddo

When you set up your pom pom bin, think about your kid(s). Consider their personalities – what do they like to play with.

Set in lots of options, tools and targets and things to tinker with. This is a great chance to build a really open ended play opportunity. 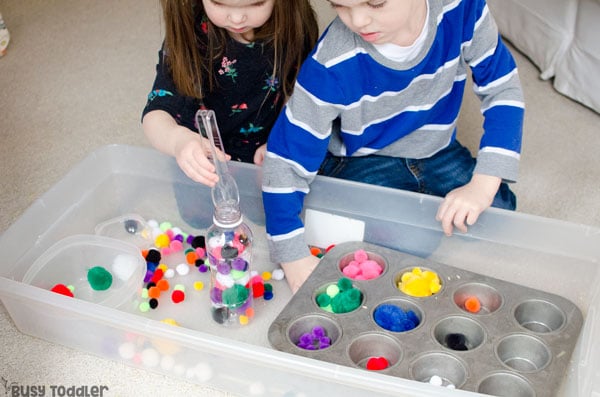 Setting up this pom pom sensory bin was such a great choice for me and my kids. It ended up being such an awesome easy activity but I shouldn’t be surprised. After all, pom pom balls are magical and make for some of the best activities.

Will you make a pom pom sensory bin? 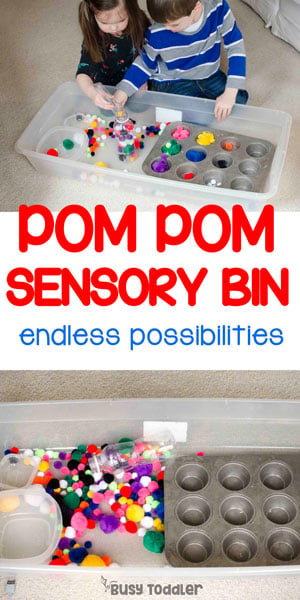