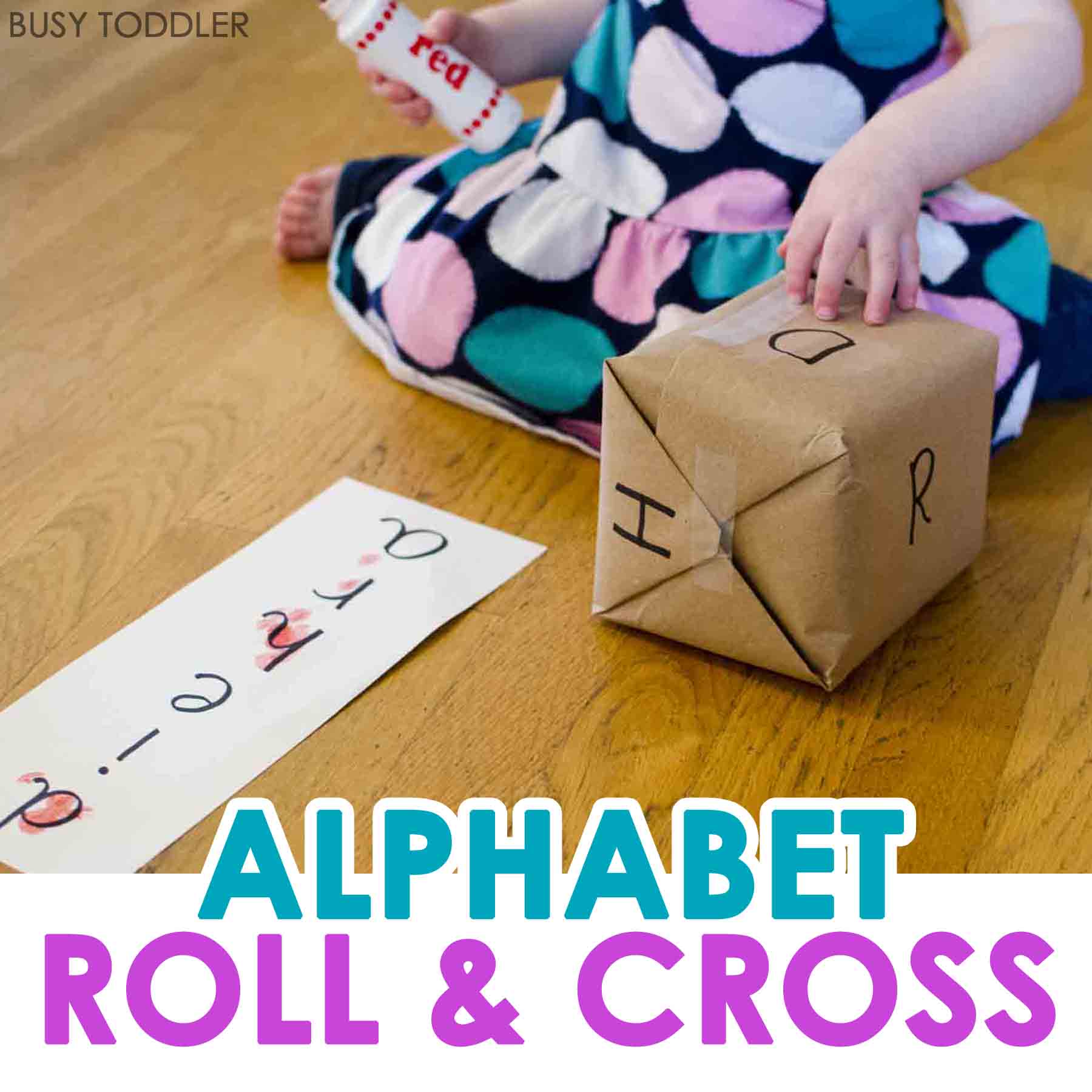 Sometimes, it’s hard being the younger sibling. The older one is zooming off, whizzing by you, and you’re just kind of stuck. You want to do what the bigger kid can do but you just aren’t ready.

I know because I have been that younger sibling.

So when I watched my 26 month old literally pacing as he big brother played our favorite math game, I knew I had to make her a “little sibling” version of the activity.

Roll & Cross is literally the best math game that I know of. It packs such a punch. But how do you adapt something so perfect? It’s basically Mary Poppins! 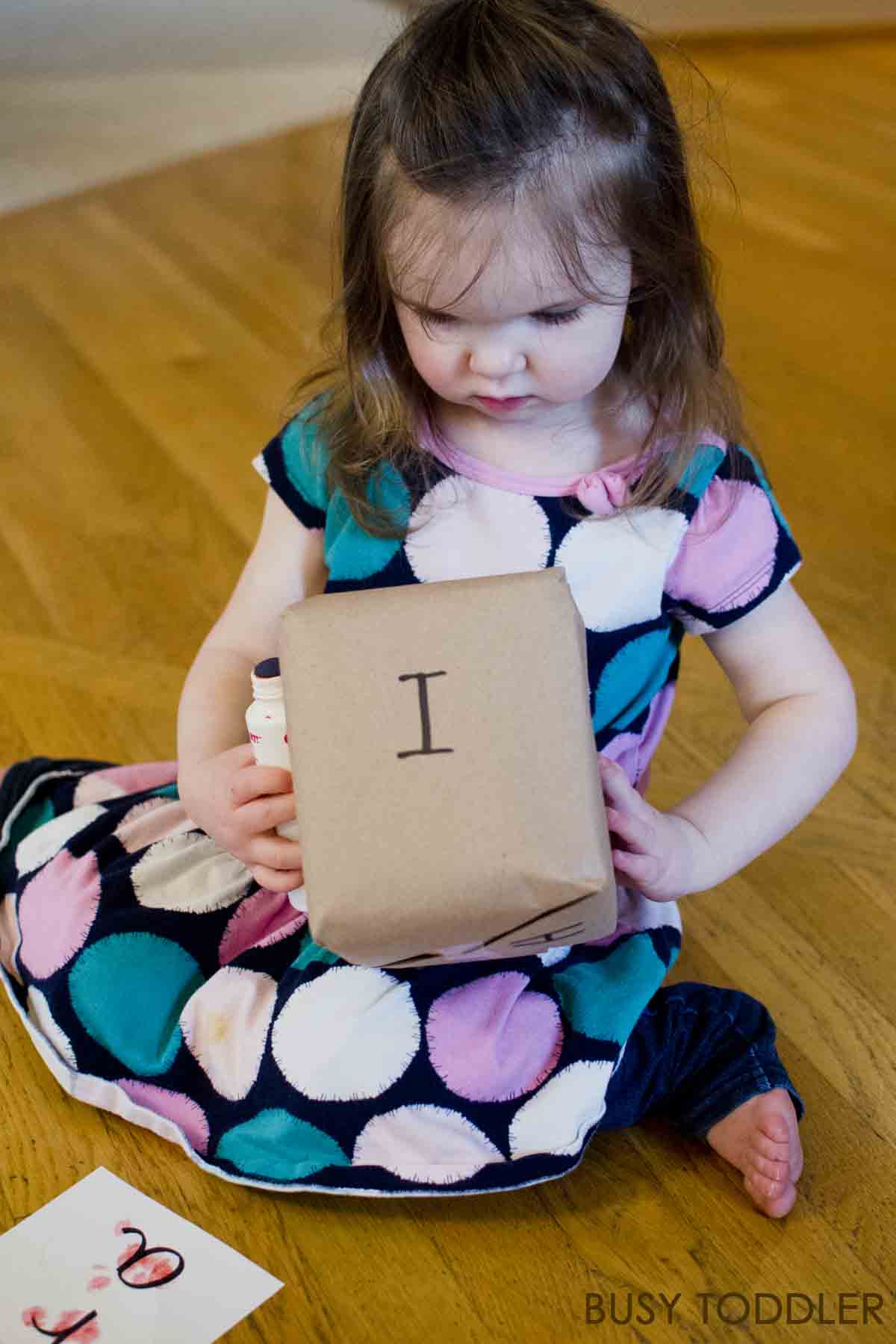 But she is an alphabet addict.

Light bulb moment for Mommy – I can make this into an alphabet game for her! ABC letters are her jam so let’s play to the crowd…. the toddler crowd.

Make a dice for this DIY Alphabet Game

I grabbed the same dice from Roll & Cross, but this time (after I re-covered it with Kraft paper) I wrote ABC letters on it. 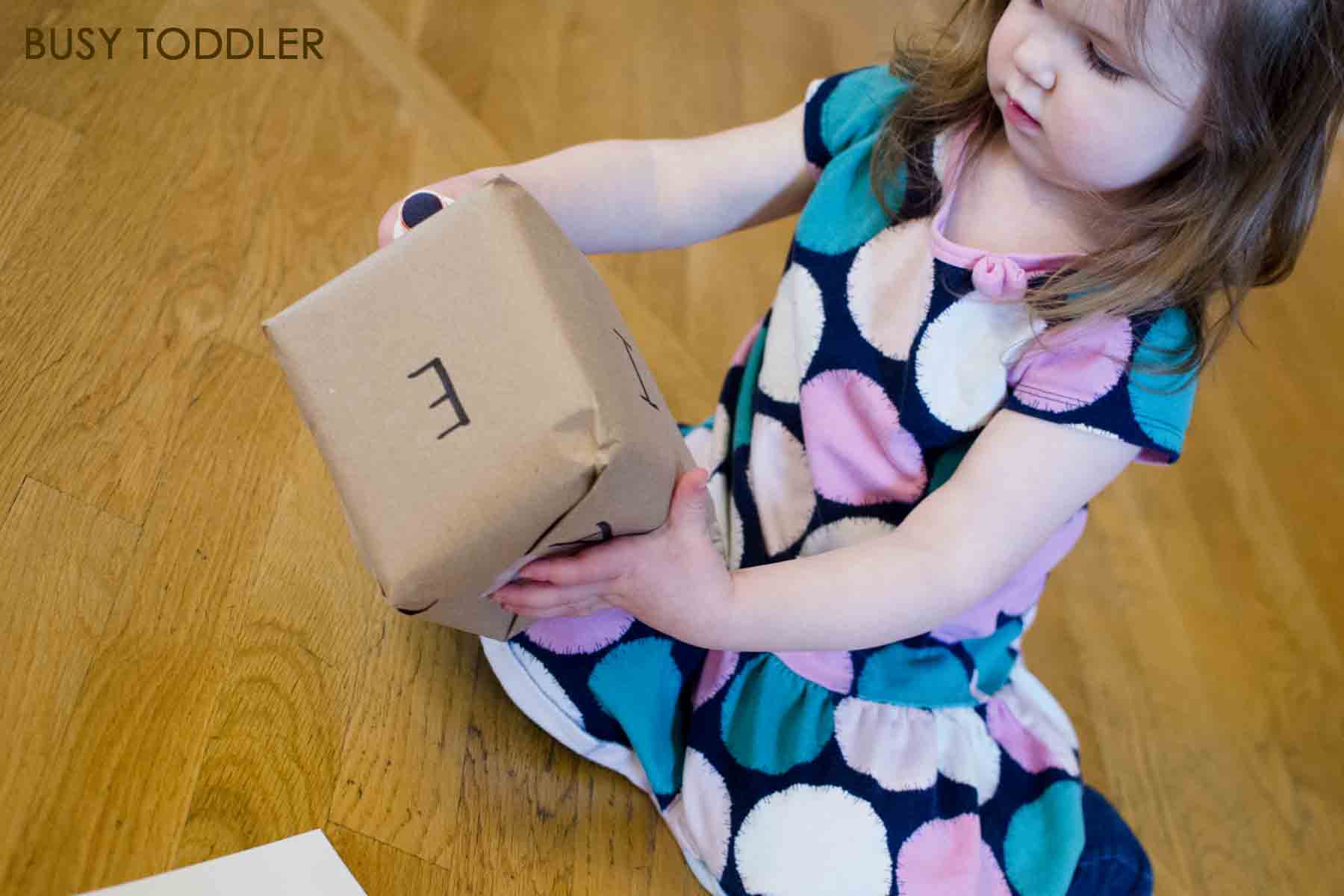 Choosing the right letters is key!

On the dice, I wrote those letters in capital form. Easy easy.

On a half sheet of paper, I wrote the coordinating lower case letters and set the stage for one simple, but fun, alphabet game! 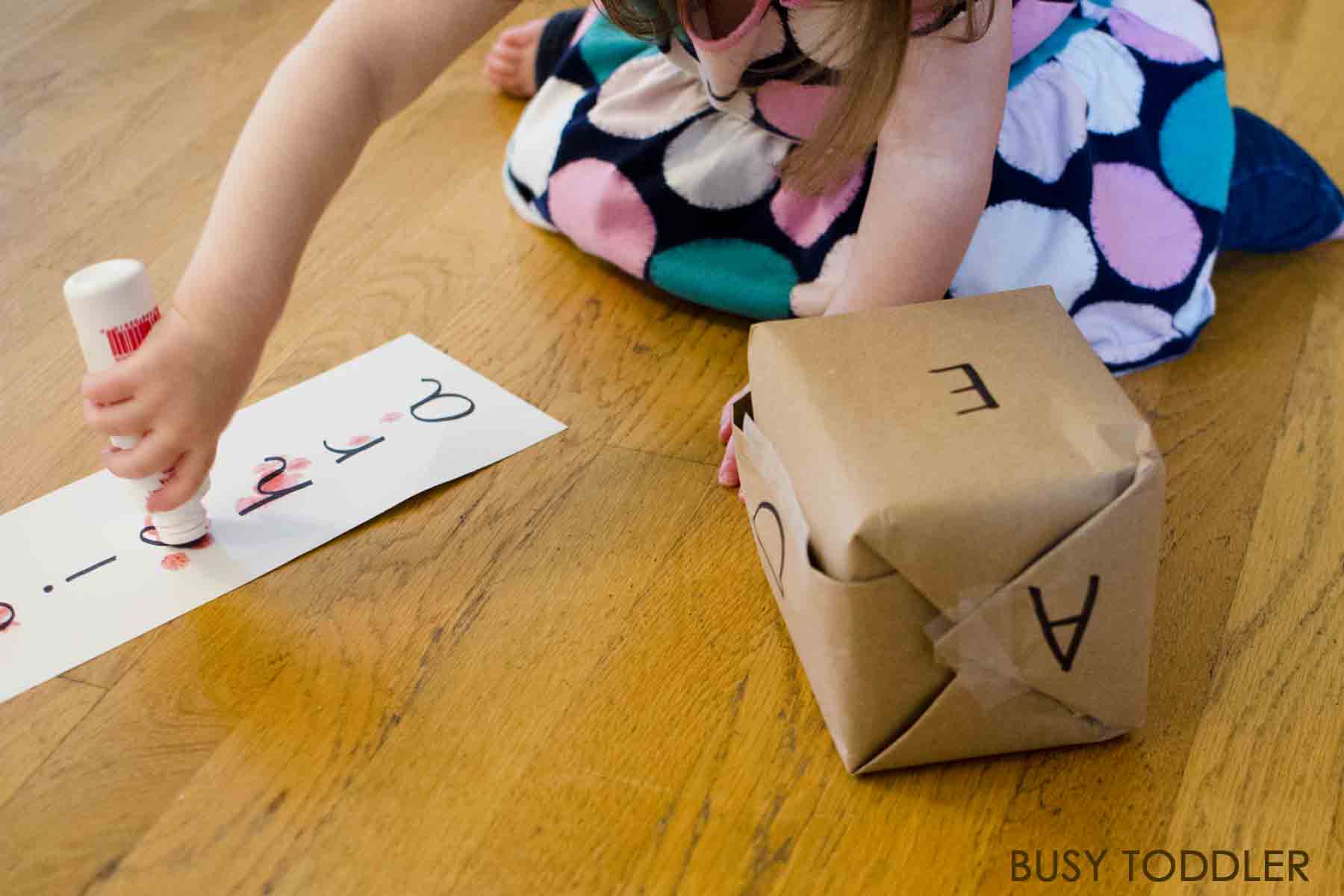 How to play Alphabet Roll & Cross

The goal of the game is to cross out the letters on your sheet by rolling the big dice over and over.

It sounds super simple – and it is – but kids just love it! They love the challenge of rolling the dice, seeing the letter that comes up, and crossing it out. 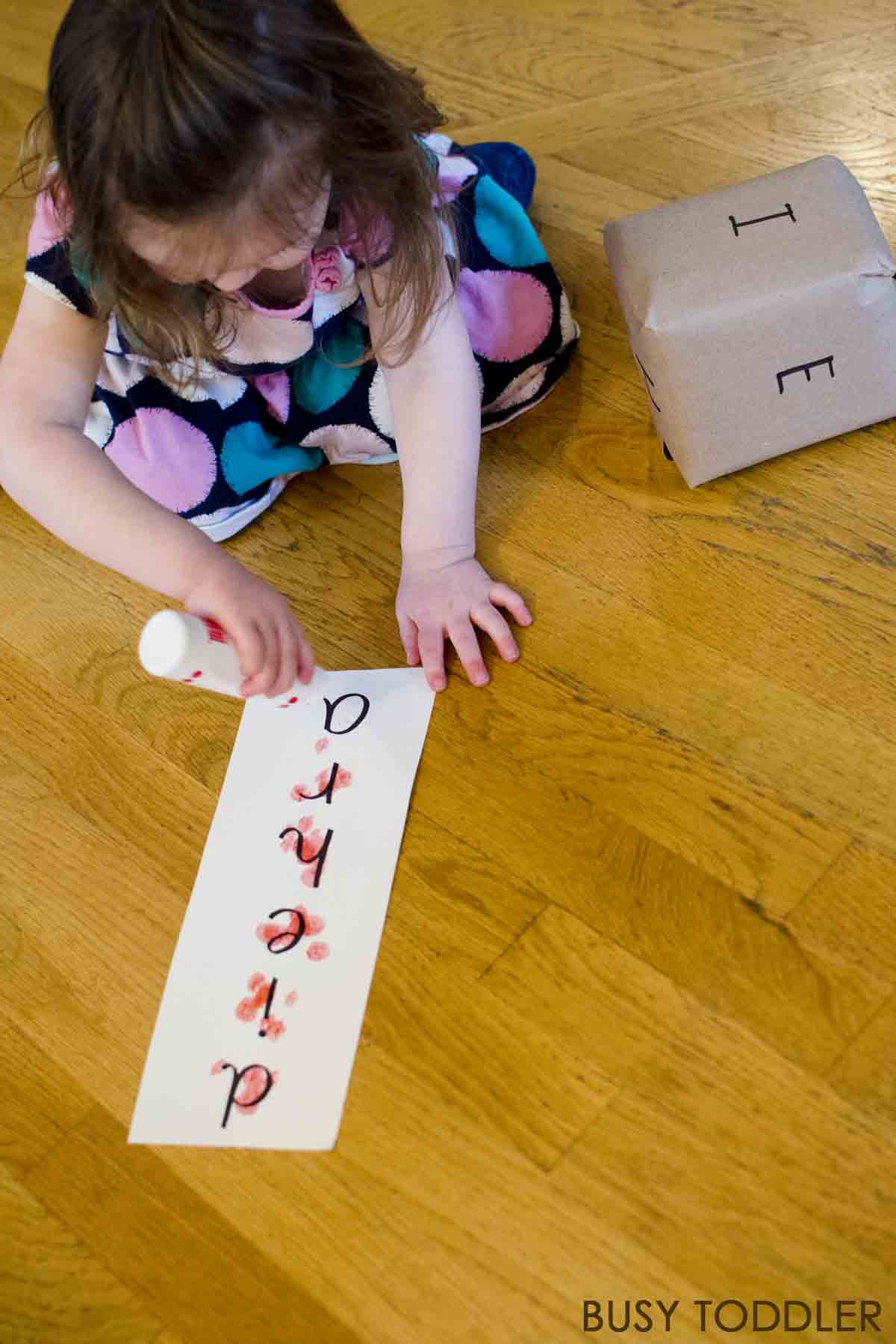 There are always so many giggles when they get to that last letter. That 1 in 6 chance is so funny to toddlers!

Just like the math version, you can turn Alphabet Roll & Cross into a head to head competition by making one dice for each kid and making it a race to cross it out. That’s how I used to play Roll & Cross back in my teacher life. 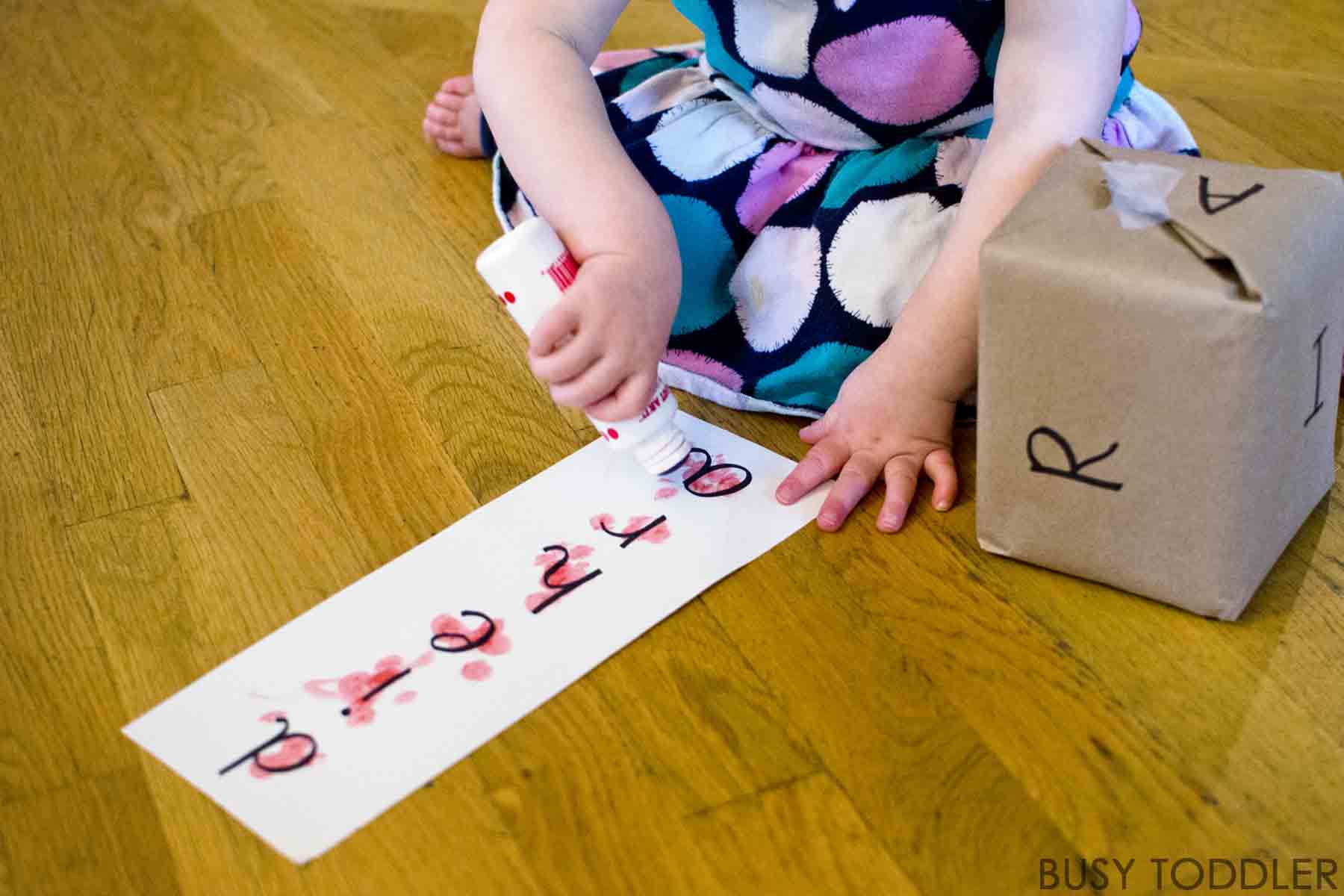 I loved being able to adapt this favorite game to be appropriate for my 26 month old. She got such a kick out of it and loved having her own alphabet game to play!