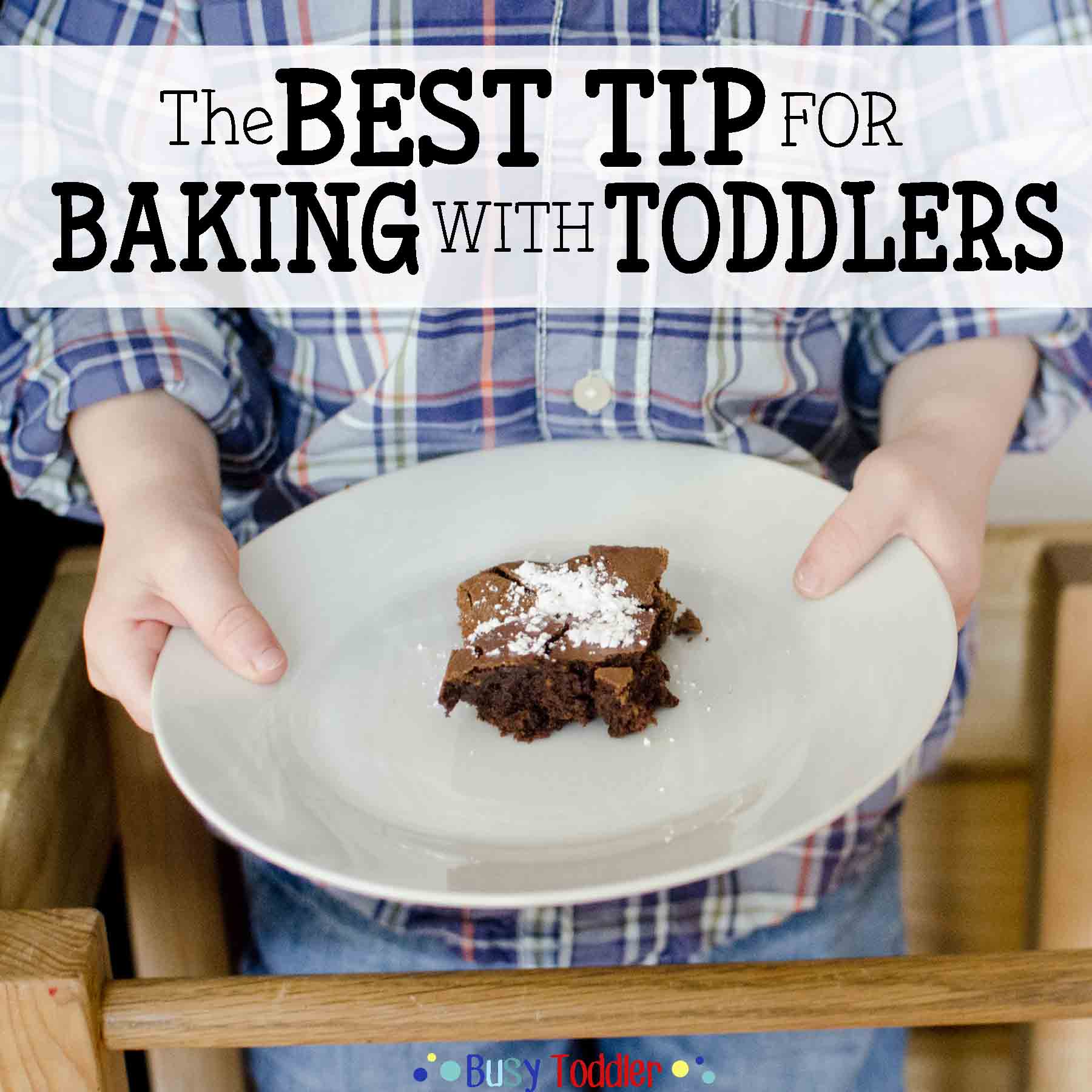 I know the disaster you’re imagining: flour everywhere, a sticky toddler running wild, a mess that might just end you. I’ve been there.

I’ve had the toddler dump flour over his head. “Look! I’m an angel.” It wasn’t so angelic to clean it.

I’ve had the chocolate covered toddler run straight for my white couch (thank heaven for IKEA slip covers and bleach).

I’ve lived it. I’ve moved on. I’ve come up with a better way of doing things that keeps my toddler involved, my kitchen clean enough, and my cookies still edible. 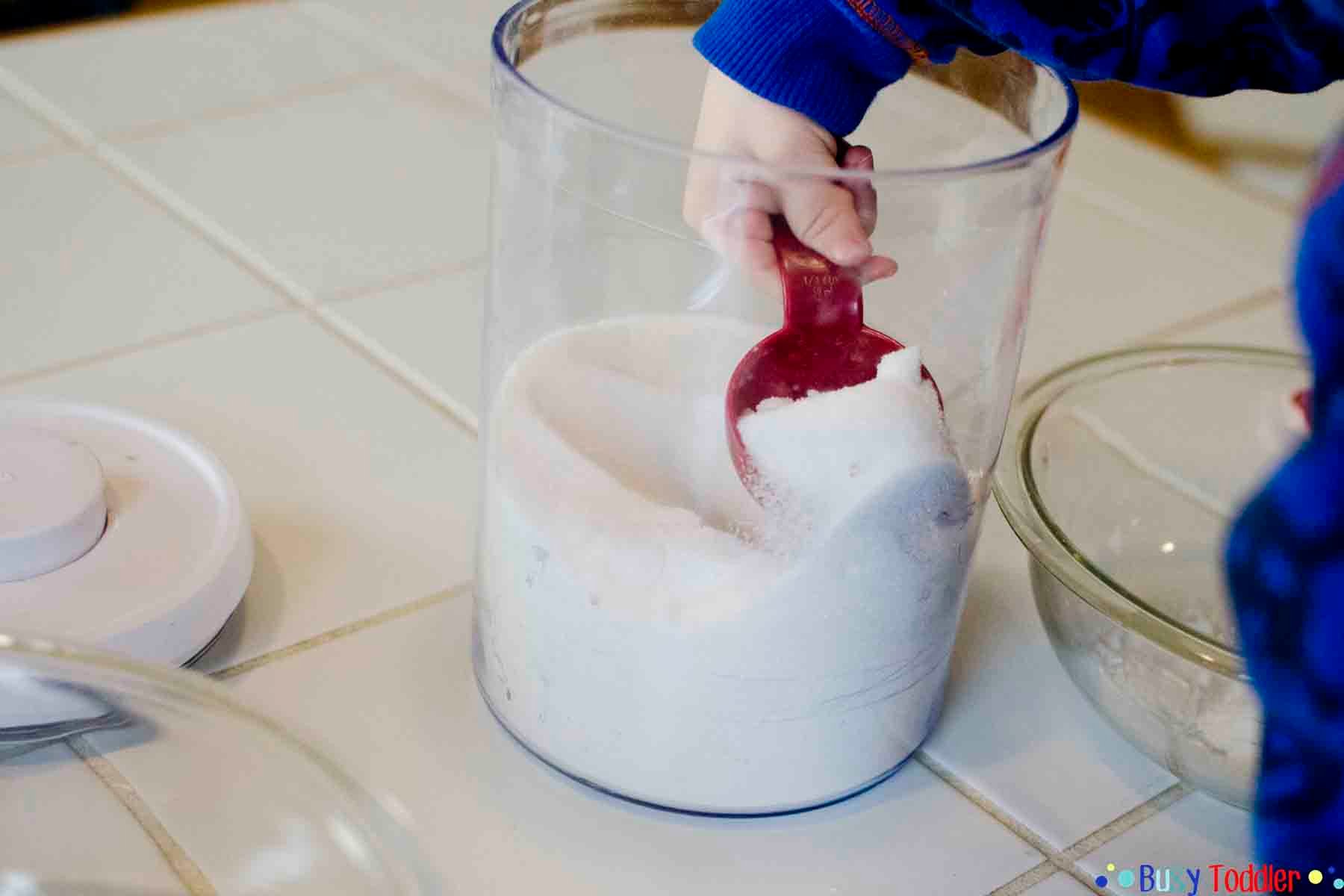 In short, when you’re baking with toddlers, let them have their own bowl, their own ingredients, their own utensils. The goals when I bake with my toddler are pretty simple: I want to make something delicious together AND that’s still hygienic enough to eat at the end. But that just wasn’t happening all the time and things often ended in headaches and messes.

I took a step back and looked at the problems.

Now we make two bowls of batter when we bake: One for me (the real batter) and one for him (the toddler safe batter).

For this post, I used my favorite recipe for brownies. It’s an oldie but a goodie. 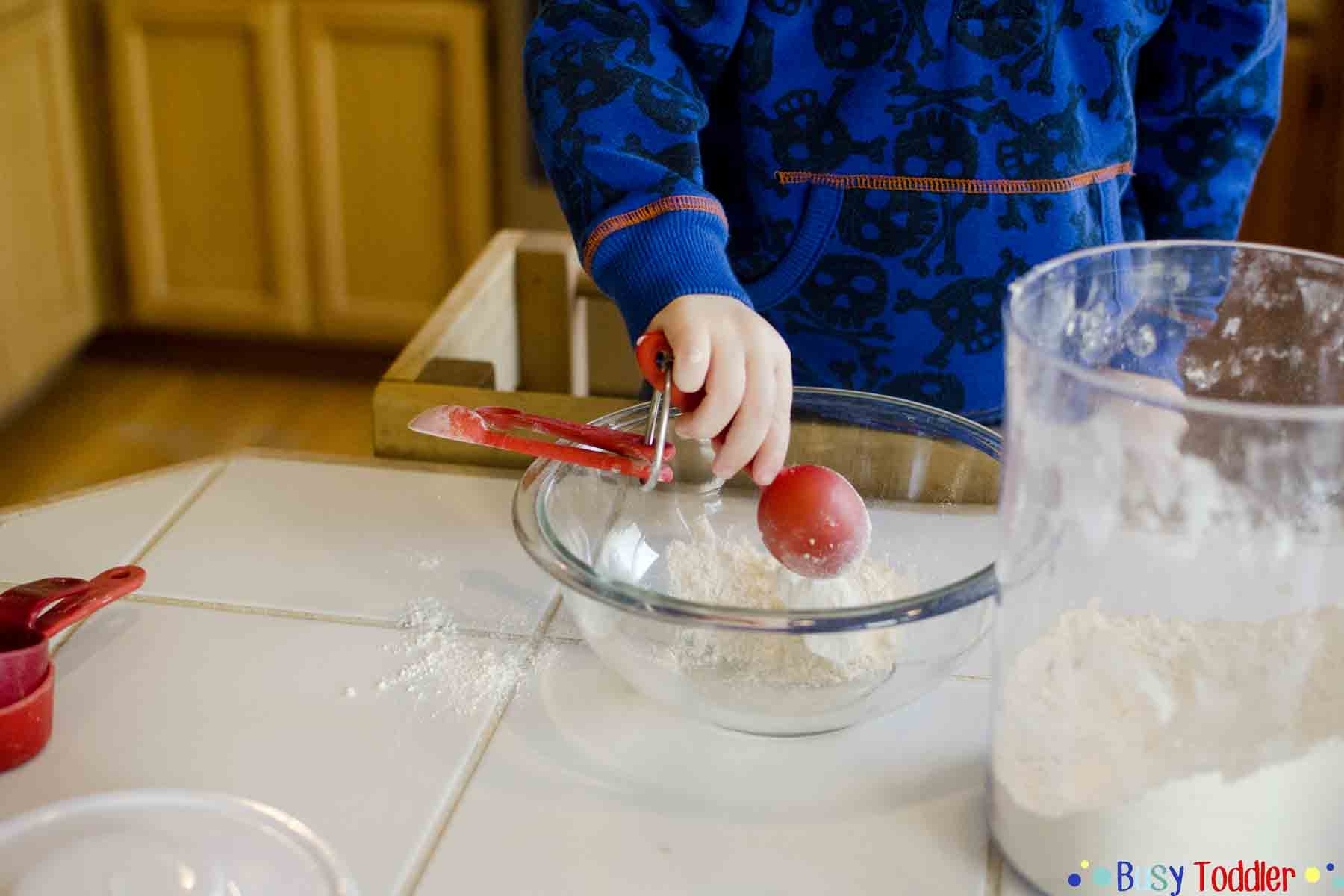 Let them put a few simple ingredients into their own bowl.  For our brownies, I let my toddler measure himself some flour, some sugar, and a little cocoa powder. Not a ton – but enough that he feels like he did something. While he’s working on mixing his batter, I get to work on mine. I also added a splash of milk to his batter so it would be wet like my batter. 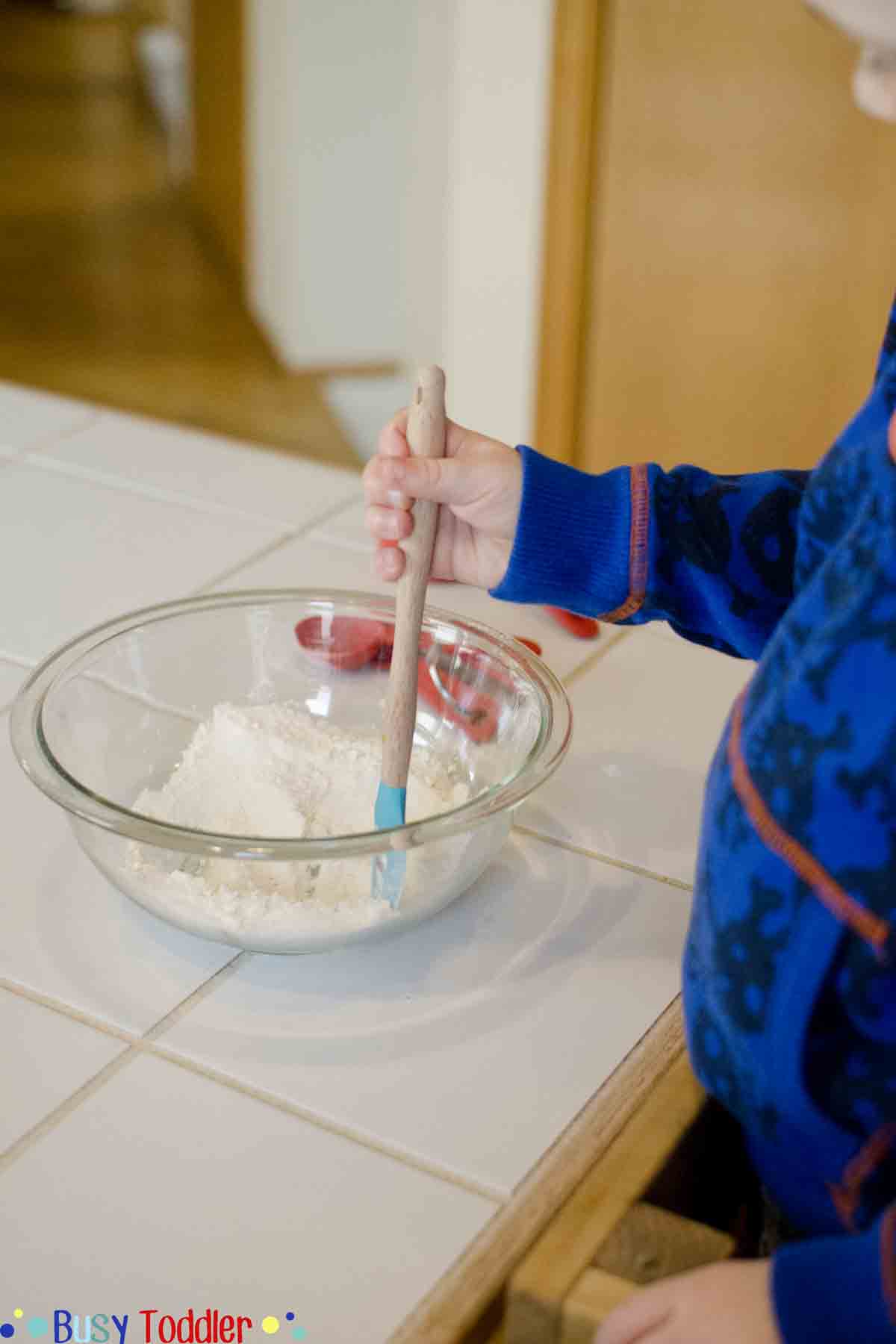 Let them have their own utensils. Nothing is more appetizing than eating a pan of brownies knowing kid fingers have been in, on, and all around that batter. Yikes. Fine for us, but I can’t exactly give them to the neighbors after he’s coughed into the bowl. Now, he gets his own spatula and measuring cups to lick and destroy as he sees fit. My batter stays lovely and clean. 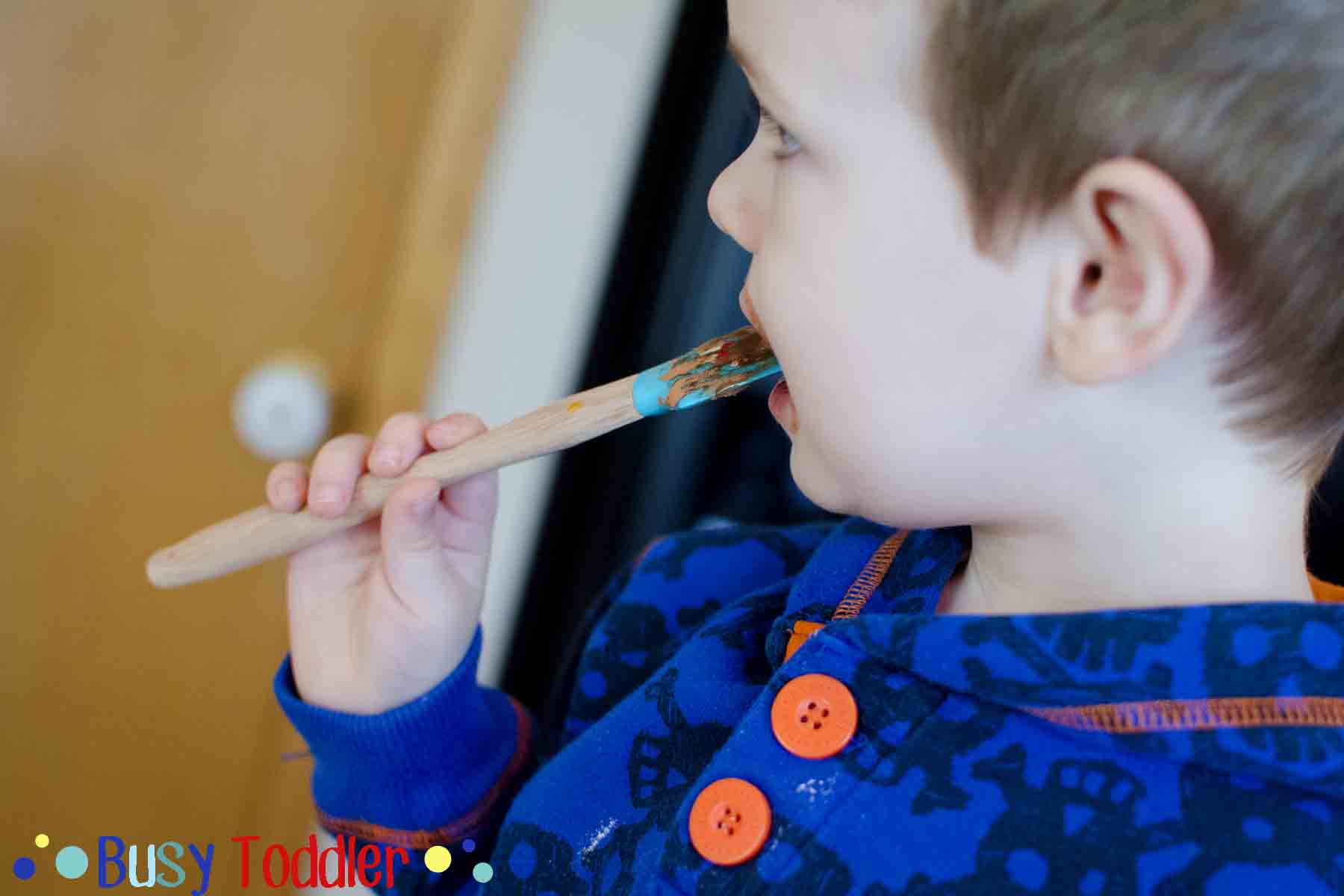 Let them taste test. The best part of having your tot make a “toddler safe batter” is that it can be raw egg free. I substitute a little milk for the eggs into his bowl and he’s fine with it. Now, instead of risking salmonella, he’s tasting sugar, flour, cocoa and milk – it’s actually pretty delicious…

I’m so glad I figured out to let my toddler “make” his own batter next to mine. The mess in the kitchen is way smaller and he still feels very invested in what we made together. Plus, no one has licked the raw egg covered spatula and then stuck it back in the bowl, so that’s a win.

Baking with toddlers is one of my favorite activities. What’s your favorite thing to bake with your kids?

This post is part of the Cooking with Kids series at Crafty Kids at Home. Check it out for even more great kitchen ideas and recipes to do with kids. 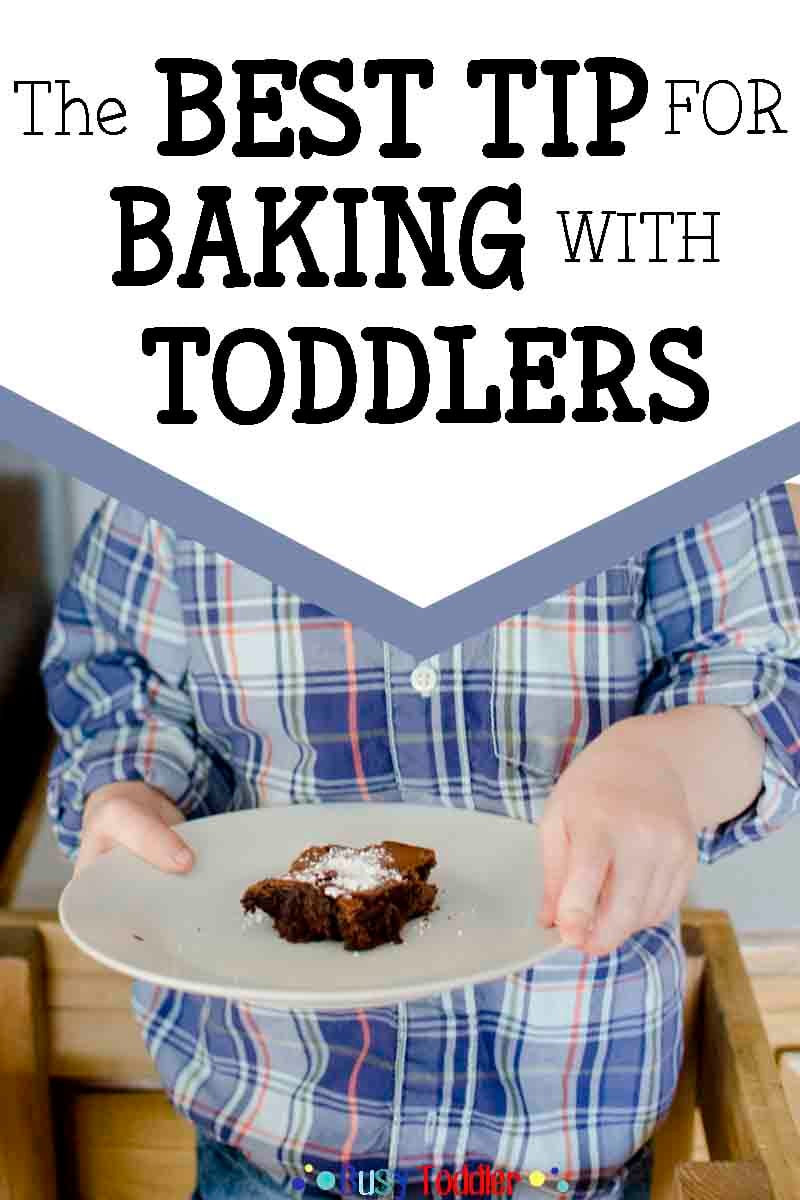