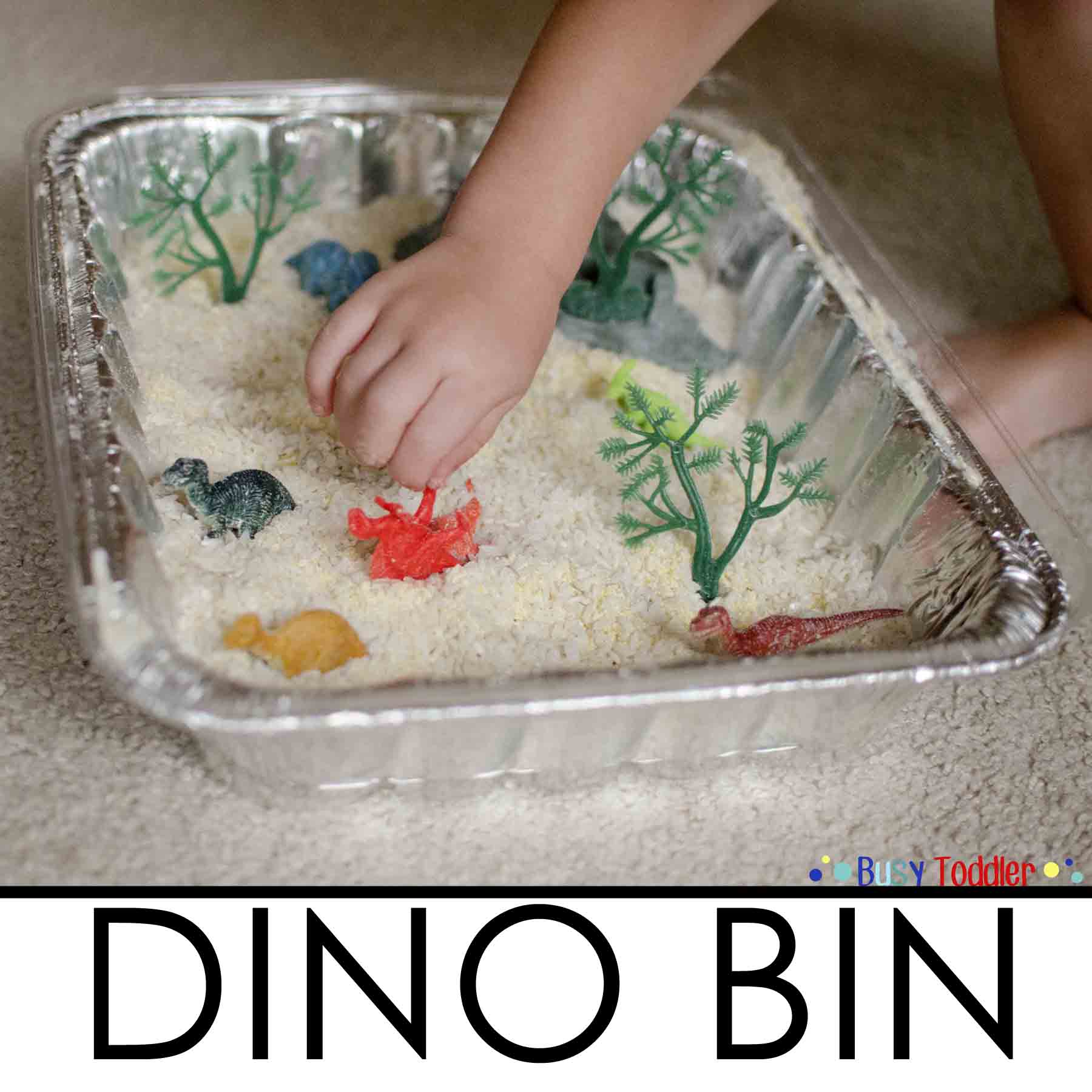 This sensory bin/invitation to play is brought you by “Susie is cheap and saves way too many used project supplies”.

A week or so before I made this dinosaur bin, I made Sam a scooping station (you can read about it here) full of rock salt, rice and corn meal. The end of that activity left us with a Tupperware full of those three items mixed together. I kept them because I’m cheap, a miser, and I knew I’d use it again. And I totally did. 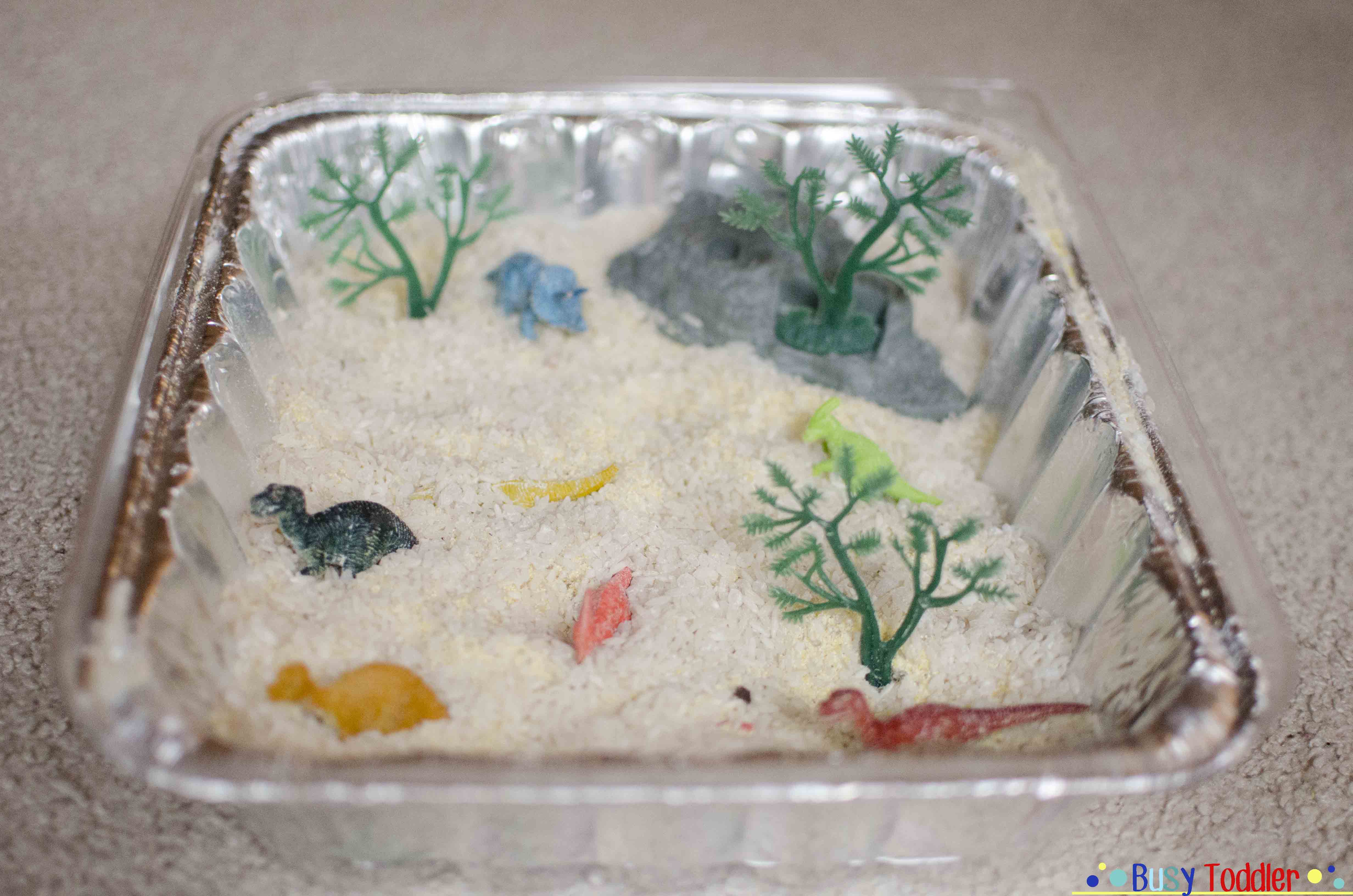 I dumped the Tupperware of sensory goodness into a casserole pan and then set up a little scene with Sam’s dinosaurs. Oddly very therapeutic for me and I maybe had too much fun putting it together, but let’s not go there today. I buried a lot of the dinosaurs too because I knew he would go bananas for that (spoiler alert: he did). 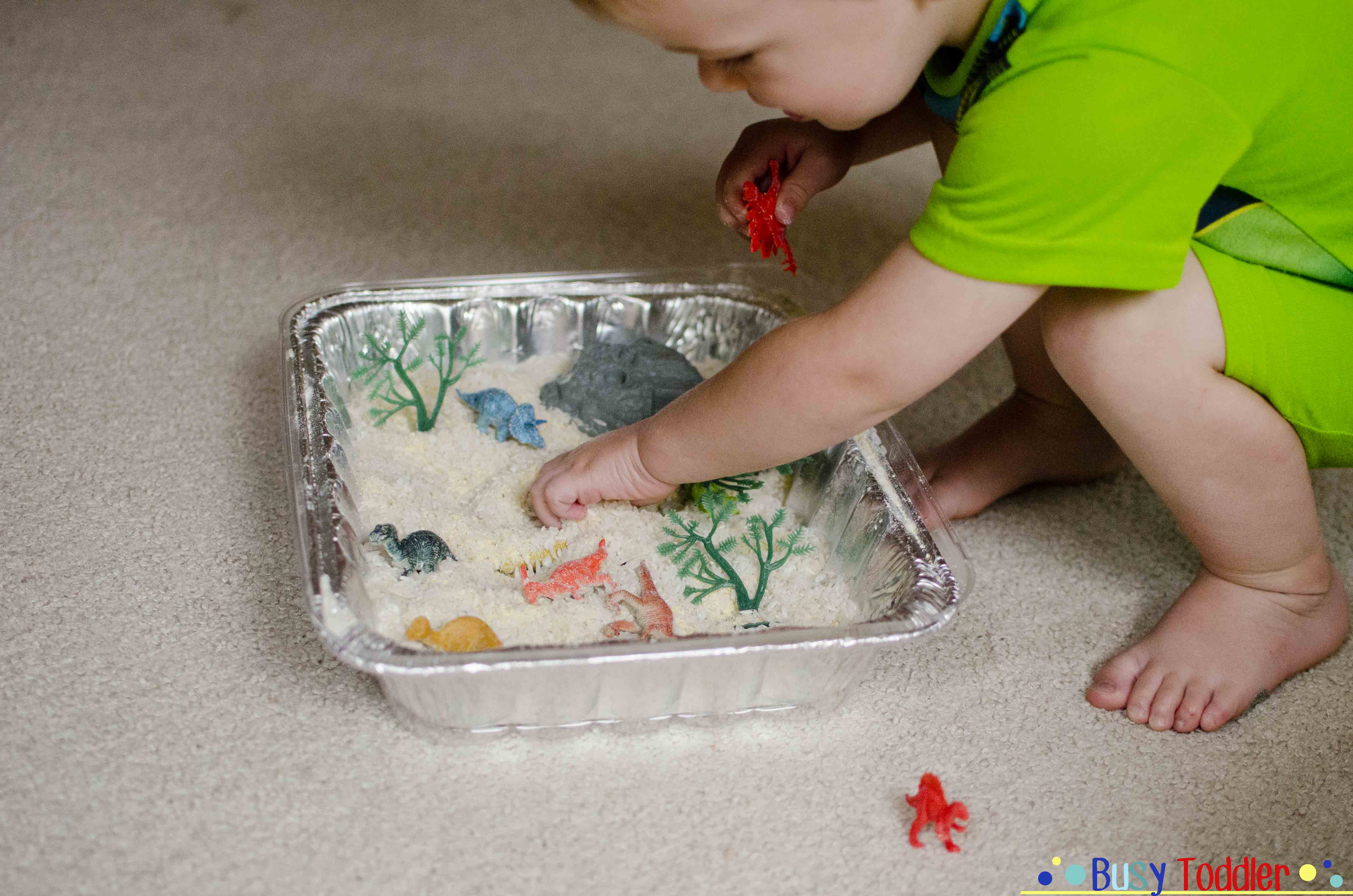 I made this while Sam was sleeping so when he woke up in the morning it was waiting for him as a dinosaur sensory invitation to play. He was stoked to see it and just went nuts. Actually, he went way crazier for this than I ever would have thought and it was great for facilitating his budding imaginative play.

I know we all might not have a bag of dinosaurs laying around, but I’m sure you can think of something similar to this. It isn’t always about doing exactly what I or other bloggers do, but it’s about giving you the idea and hoping you run with it into something your child will be into. Cars? Animal figurines? Plants?

I’m so glad I saved the salt, corn meal and rice from our scooping station so this was so easy to make. And obviously, I saved it even after this (a miser AND a hoarder, I guess…). 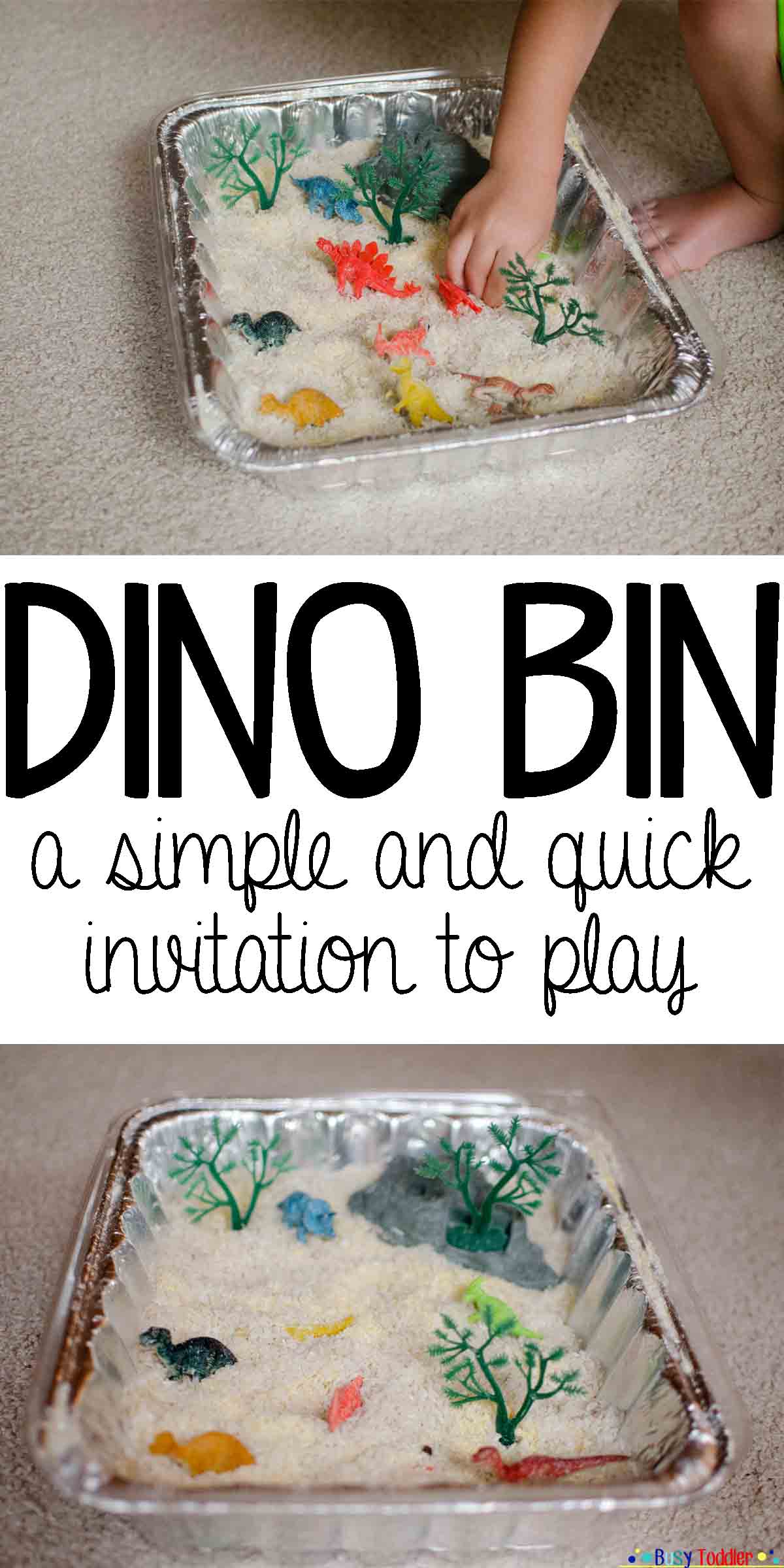